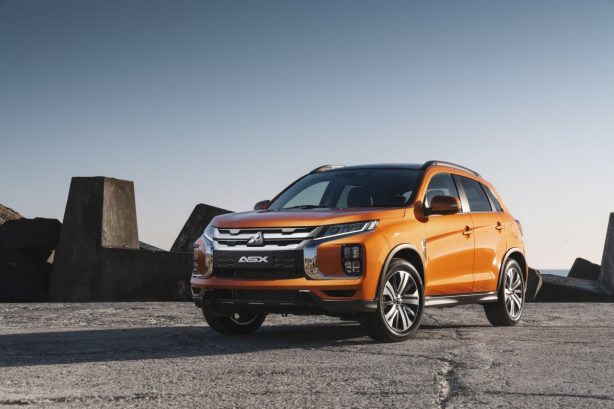 You’ve got to give it to the Mitsubishi ASX. Like Cher and Madonna, it just keeps reinventing itself with new hits every few years. While the nips and tucks do wonders to keep it looking youthful, the bones of the ASX date back to when Eminem’s ‘Love the Way You Lie’ was number 1 in Australia. If you were wondering, that was 2010.

Based on the now discontinued Mitsubishi Lancer, the ASX consistently outsells most of it peers, including the much newer, second-place Mazda CX-3. We struggle to think of another vehicle of its vintage with as much success, all of which is testament to the strong fundamentals of the ASX.

Undoubtedly, much of its appeal lies in its value proposition. The ASX undercuts its rivals on price, yet is no bargain basement when it comes to the car’s specification. It’s endowed with 18-inch alloys, LED headlights and DAB+ digital radio even on the $23,990 (plus on-roads) base model.

Throw in up-to-date safety features such as AEB, reverse camera, parking sensors and a muscular makeover, its recipe for success is obvious.

Designed for the city, its compact body and commanding driving position resonates well with SUV loving urbanites, too.

The most obvious is the muscular new ‘Dynamic Shield’ front fascia that is now a signature of all Mitsubishis.

It incorporates a new grille with horizontal slates, along with new LED lighting and relocated turn signals and fog lamps cluster that now reside at each corner of the front bumper.

Due to the reworked front fascia, the bonnet has also been redesigned, which in turn necessitates new front quarter panels, the latter now feature in trend fender garnish. 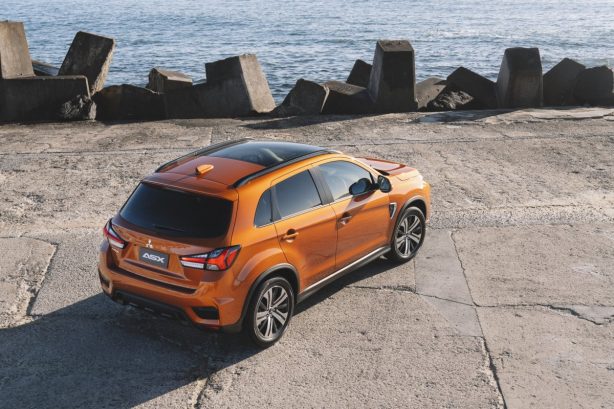 Around the rear, the 2020 ASX sports restyled LED rear combination lamps (except turn signals) in a sharp-looking design that stretches across the width of the car for a wider stance. It’s further accentuated by the reworked rear bumper with new skid plate.

Mitsubishi has also introduced a number of new colours to the ASX’s palette, including the vibrant Red Diamond, bright Sunshine Orange and refined Oak Brown.

What about the interior? 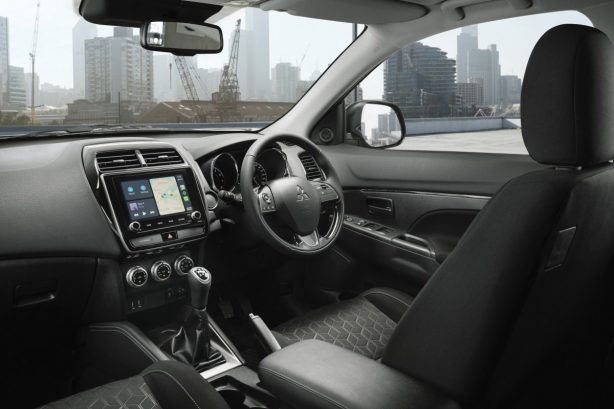 While the exterior makeover has done wonders in rejuvenating the ASX, inside however, cracks are starting to appear.

The design of the dash is pretty much unchanged from the 2010 original safe for the piano black accents, splashes of silver highlights and knurling of the controls in an attempt to mask its age. No soft touch plastics here!

However, Mitsubishi has given their outmost attention to the one thing that matters to the majority of buyers – the infotainment system. It now features a sizeable 8.0-inch (up from 7.0-inch) touchscreen with built in sat-nav powered by Tom Tom on higher trim models like the Exceed. 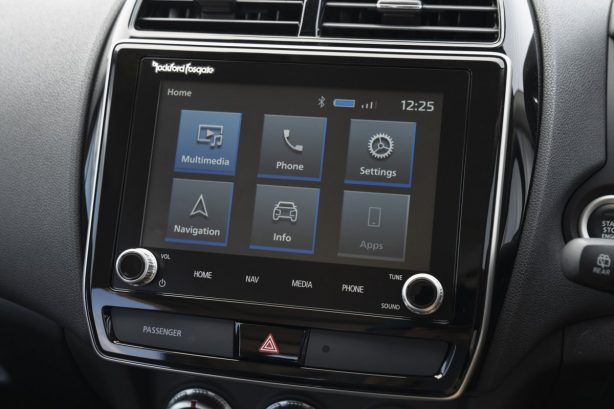 While the resolution and graphics won’t worry its competitors, the system does come with Apple CarPlay and Android Auto connectivity to mirror your phone onto the screen.

Real-time traffic information can now be accessed by connecting to the internet via a smartphone, too.

No complaints about the ergonomics, either, as everything is where they should be. The front seats are comfortable with electric driver’s adjustment but the lack of lumbar support is an oversight.

Rear seat accommodation is competitive within the segment although headroom could be tight for some. The 393-litre boot space is also decent by class standards.

There are just two USB ports in the ASX but it does compensate with two 12V sockets – one inside the cabin and the other in the boot.

What’s new under the bonnet? 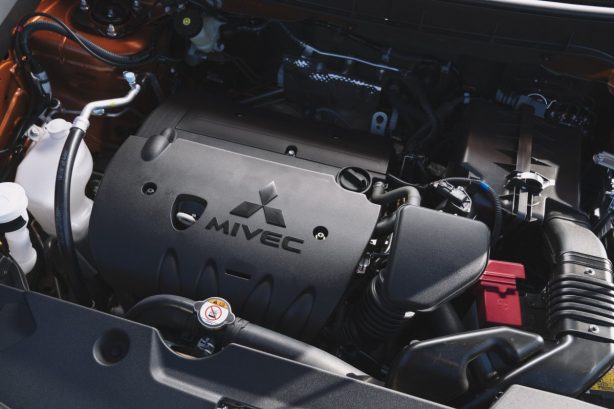 Both powerplants are paired with a continuously variable transmission (CVT) driving the front wheels. There are no all-wheel drive or diesel engine options anymore.

The larger engine offers noticeably improved performance compared to the 2.0-litre, dishing up sufficient torque for a swift getaway and overtaking manoeuver. It’s still relatively noisy as you explore the higher reaches of the rev range but the CVT drone is largely banished.

Combined fuel consumption is rated at 7.9L/100km although our tested average indicates that 9.1L/100km would be a more realistic expectation.

There is plenty of body roll and the nose pushes wide at every opportunity. And despite sporting 225 section tyres, grip is relatively poor.

While we opine the ride to be acceptable around town, some might find it to be on the jittery side if they are used to cushier riding cars.

The cruise control could also do with some finessing. You could feel the system’s heavy-handed application of the brakes and throttle to maintain a set distance to the vehicle in front, causing some jerkiness along the way. 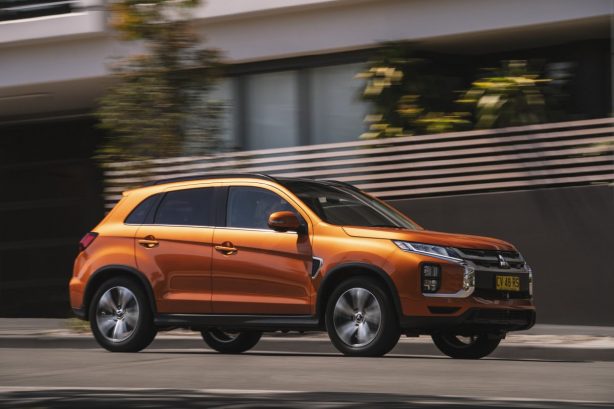 But what makes the ASX such an attractive city proposition is its effortless light steering, which makes parking in tight urban car parks a boon.

The updated 2020 Mitsubishi ASX still ticks lots of right boxes if you’re after a safe, reliable, well-built and well priced small SUV. The larger 2.4-litre engine is well worth the spend with extra oomph and drivability.

Previous Is this the 2022 Volkswagen Scirocco?
Next Video: 2021 Volkswagen Golf R pounds the Nürburgring