Toyota has today revealed the exterior design and Japanese pricing of its hydrogen fuel-cell sedan.

First unveiled as a concept at last year’s Tokyo Motor Show, the car will launch in Japan before April next year, and preparations are underway for launches in the US and Europe during their summer of 2015. 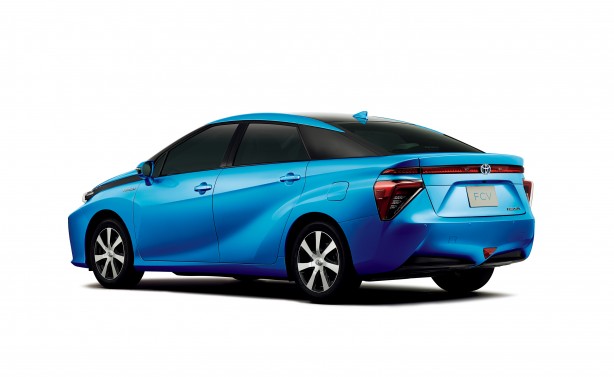 In Japan, the fuel-cell sedan will go on sale at Toyota and Toyopet dealerships, priced at approximately 7 million yen (approximately $73,300 – recommended retail price excluding consumption tax).
Initially, sales will be limited to regions where hydrogen refuelling infrastructure is being developed. Europe and US prices have not yet been decided.

More detailed information, such as specifications, exact prices and sales targets, will be announced later. 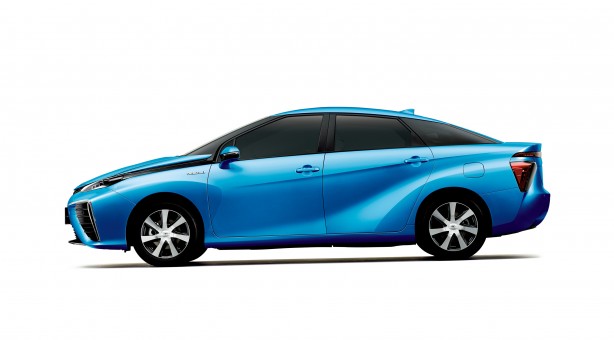 Hydrogen is a particularly promising alternative fuel. It can be produced from a wide variety of primary energy sources – including solar power and wind power – and is easy to store and transport.

When compressed, it has a higher energy density than batteries. In addition to its potential as a fuel for home and automotive use, hydrogen could be used in a wide range of applications, including large-scale power generation. 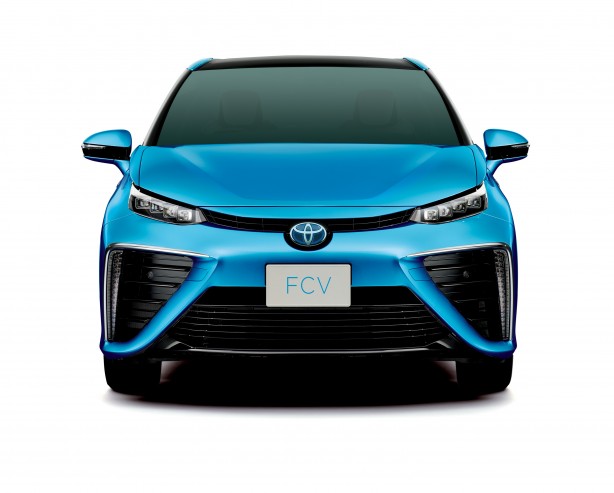 Toyota has been developing fuel cell vehicles in-house for more than 20 years. Toyota’s fuel-cell system includes a proprietary Fuel Cell Stack, which generates electricity from the chemical reaction between hydrogen and oxygen, and high-pressure hydrogen tanks. In 2002, Toyota began leasing the “Toyota FCHV”, a fuel-cell SUV, on a limited basis in Japan and the US.

Significant improvements have been made to the fuel-cell system since 2002. The fuel-cell sedan Toyota revealed today, for example, features performance and a cruising range similar to a petrol-engine vehicle and a refuelling time of roughly three minutes. When driven, it emits only the water vapour produced by the reaction between hydrogen and oxygen.

Fuel-cell vehicles is said to contribute to the diversification of automobile fuels, emit no CO2 or environmentally harmful substances during operation, and offer the convenience of petrol-powered cars. Toyota believes they have a great deal of potential, and are ideal environment-friendly vehicles for promoting a sustainable mobility society. 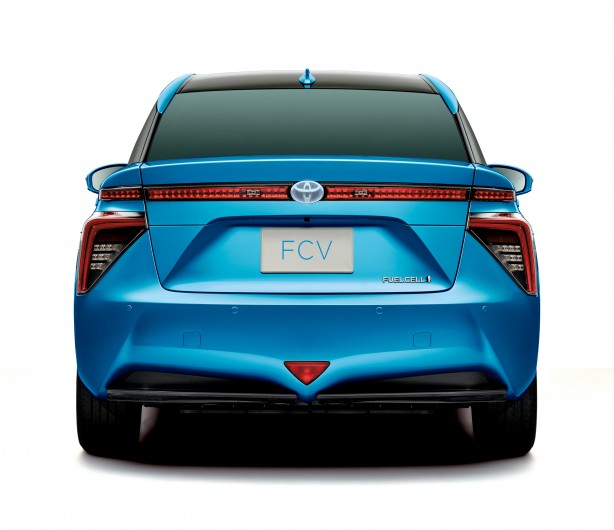 “Toyota’s history with hybrid vehicles provides the experience needed to launch a new technology to the market in countries where the fuelling infrastructure is available,” Mr Cramb said.

“In Australia, there are many challenges ahead, including development of the required infrastructure and greater customer awareness, before hydrogen fuel-cell vehicles can be offered here.

“But Toyota is confident that hydrogen will become increasingly popular as a way of powering vehicles around the world.”

Toyota Group companies are also engaged in other hydrogen-related initiatives, such as developing and testing fuel cells for use in homes, and developing fuel-cell forklifts and fuel-cell buses.