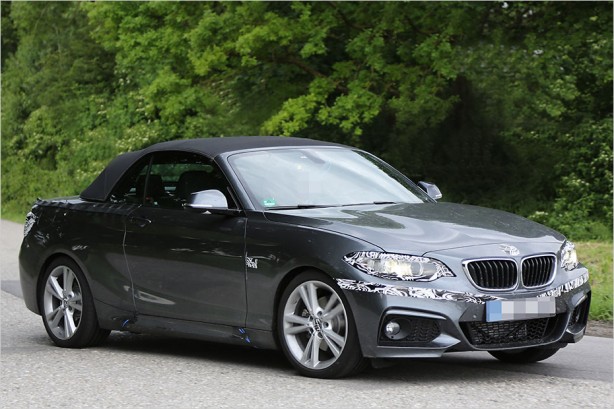 The latest addition to join the BMW 2 Series family has been caught in the wild undergoing testing, as the 2 Series convertible inches closer to its scheduled debut in early 2015.

The spy photos provide the closest look yet at the drop-top 2 Series prototype with almost no camouflage. The new entry-level convertible retains the soft top of the outgoing model, rather than a hard top as found in the larger 4 Series convertible. 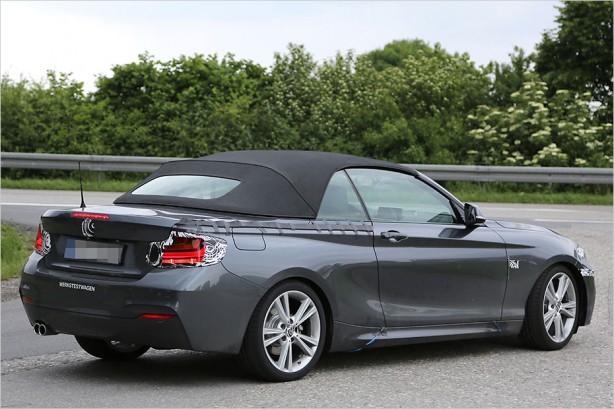 The 2 Series convertible is expected to share the same engine line-up as its coupe sibling. The range starts with the entry-level 220i with a 2.0-litre four-cylinder turbocharged petrol engine developing 135kW of power and 270Nm of peak torque from 1,250rpm. The 220d features a 2.0-litre four-cylinder turbodiesel engine produces 135kW of power and 380Nm of torque.

At the top of the range is the M235i equipped with a 3.0-litre twin-turbo straight six that churns out 240kW of power and 450Nm of torque.

All models will come standard with the 8-speed sports automatic transmission which includes gear shift paddles and launch control function.