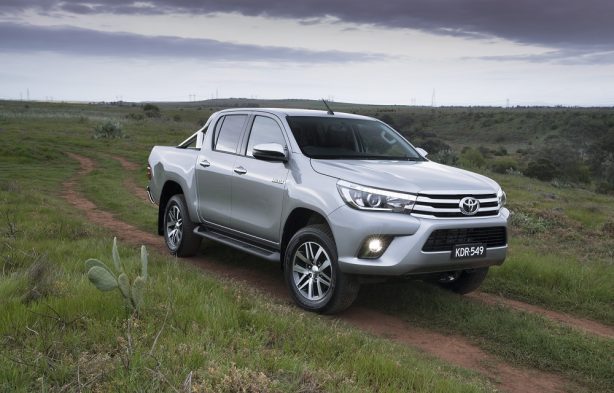 Toyota is set to expand the appeal of HiLux for families, tradespeople and fleet buyers by adding eight new automatic variants in a comprehensive revamp of Australia’s best-selling vehicle range.

In the first significant revitalisation of the HiLux range since the launch of the current generation, the wide-ranging update also includes three new SR extra cab-chassis variants (six-speed manual and auto) with the 2.8-litre turbo-diesel engine, three additional automatic Hi-Rider pick-ups – a WorkMate double-cab, SR extra cab and SR5 double cab, and the introduction of a WorkMate grade (auto) for the 4×4 double cab-chassis.

Toyota’s sweeping changes offer the ability for 4×4 SR double-cab pick-up buyers to specify the in-demand features of satellite navigation and alloy wheels for $2,000 – without the need to step up to the top-of-the-line SR5.

Overall, Toyota has unveiled 10 new variants which effectively replace 10 slower-selling variants, including V6-powered vehicles that account for fewer than half of one per cent of total HiLux sales. 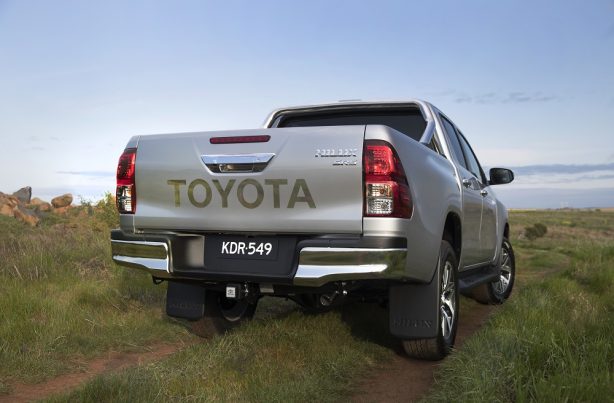 Toyota Australia’s executive director sales and marketing Tony Cramb said the realignment will further strengthen the sales potential of HiLux, which has topped the market in each of the past six months and has broken monthly sales records on four occasions this year.

“We are determined to ensure a strong final quarter in 2017; but these moves are not about short-term gains, they are the result of detailed analysis of buyer trends and feedback from dealers over the past two years,” Mr Cramb said.

“It is clear that HiLux buyers increasingly want the convenience of an automatic transmission, so we now offer 17 self-shifters compared with 12 previously,” he said.

“Last year – for the first time – automatics accounted for more than half of all HiLux sales and this year the proportion has risen to almost 60 per cent and we expect it to increase further.

“We are also experiencing greater-than-expected demand for the two-wheel-drive Hi-Rider, so we have expanded our competitively priced offerings from three to five.

“The Hi-Rider appeals to buyers who do not require serious off-road capability, but appreciate the same rugged looks and imposing ground clearance as a 4×4 HiLux.

“All the new variants have been introduced for specific reasons; for example, SR buyers have told us they would prefer the durability and convenience of a PVC floor covering rather than carpet.

“We have reintroduced a 4×4 WorkMate double cab-chassis for those who want a value-for-money vehicle that gives them the flexibility to add a purpose-built tray that suits their needs.

“For similar reasons, we have brought back the SR extra cab-chassis in manual guise, which was available with the previous generation, and – for the first time – added an automatic version.” 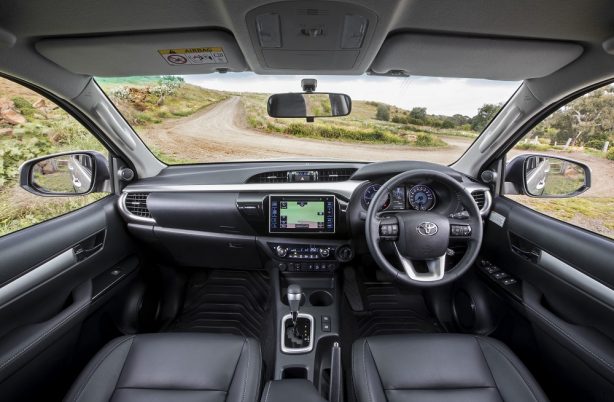 The updated HiLux line-up goes on sale officially from October 6; in the meantime, Toyota has improved capability, convenience and durability of its existing SR and SR5 range with minimal price changes.

SR 4×4 double cabs have increased by $70 with the inclusion of downhill assist control, PVC flooring and black door handles; other SR models have been reduced by $80 (PVC flooring). SR5 prices have risen $50 with the addition of LED foglamps. In addition, SR extra cab pick-ups and SR5 variants now have a tailgate lock.

The number of HiLux variants remains at 31 with 23 being genuine one-tonners – all 4×2 variants and all 4×4 single and extra cabs. SR5 is the highest-selling grade and accounts for more than half of all HiLux 4×4 sales. 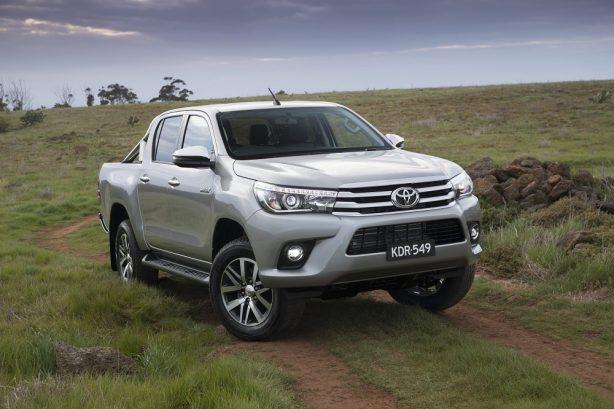 The new 2018 HiLux range is covered by Toyota Service Advantage capped-price servicing at $180 per service (petrol) and $240 per service (diesel).

Previous Toyota gets sporty – launches GR brand in Japan
Next The Mitsubishi EVO is back… but not as you know it!