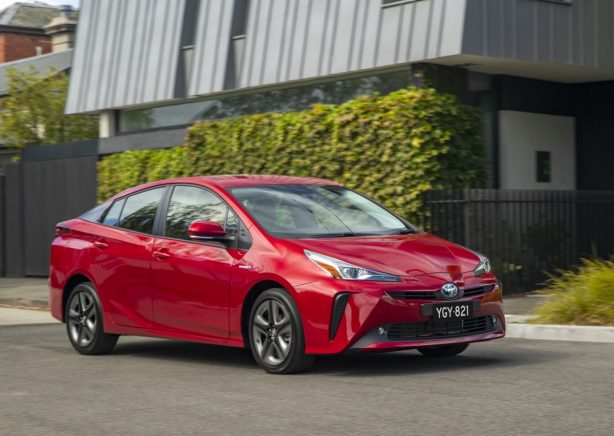 Toyota has given its Prius hybrid small car a nip and tuck as part of a mid-life update.

The updated Prius hatch features restyled front and rear bumpers that give it a more dynamic flowing appearance that is further enhanced by its slightly longer (+35mm) overall length.

At the rear, new combination LED lights mirror the shape of the headlights by introducing a more horizontal look to emphasise the car’s width and low centre of gravity.

The Prius uses a 15-inch aluminium wheel with a redesigned 10-spoke aerodynamic silver cover while the Prius i-Tech features 17-inch five-spoke alloys in a new titanium-like paint and black finish. 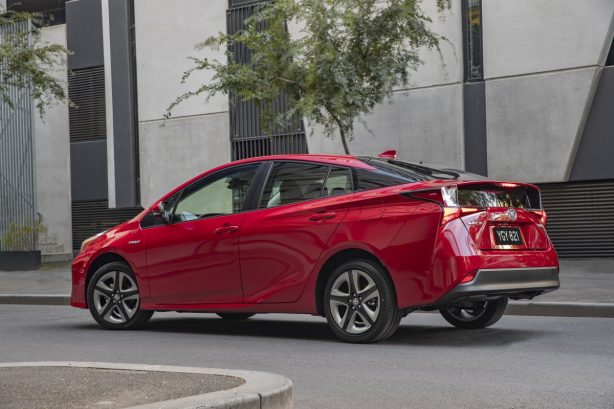 A number of functions have been improved with voice recognition now offering a broader range of commands including the ability to set an address while driving and option to search through local points of interest by business name or category.

Other new applications include Siri eyes-free mode for iPhones and Miracast, which can allow compatible smartphone screens to be duplicated onto the touchscreen. 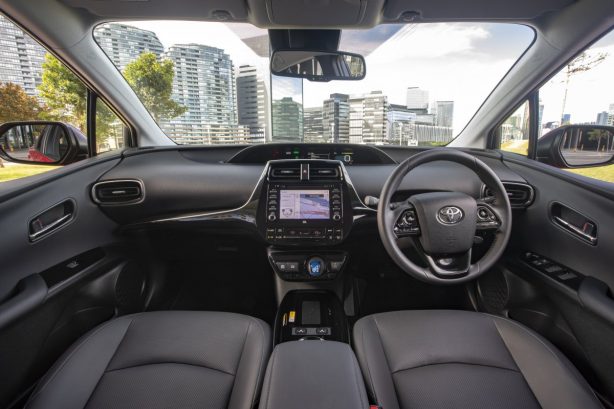 The current generation of Prius was launched in early 2016 and was the first model in the Toyota range to feature the Toyota New Generation Architecture (TNGA) platform.

The latest iteration of Prius carries over the previous petrol-electric hybrid drivetrain combining a 1.8-litre Atkinson cycle petrol engine with two motor generators to produce a total output of 90kW and 163Nm.

Official fuel consumption of the thrifty Prius is rated at 3.4 litres per 100km.

Toyota Australia Vice President Sales and Marketing Sean Hanley said the Prius hatch had long been the standard-bearer for Toyota’s advanced petrol-electric hybrid technology and this latest styling and technology update would add to its appeal.

“Since we launched the original Prius in Australia in late 2001, this innovative fuel-efficient small car has been bought by over 20,000 customers who value its optimal balance of performance and fuel efficiency, refinement, styling and practical five-door hatch design.

“Its strength in the marketplace is a testament to the proven benefits of the Toyota Hybrid System that we have rolled out across more models including Camry and Corolla hatch and will later this year, be offered in RAV4 and Corolla sedan as well.

“This update to the fourth generation model that brings with it enhanced contemporary styling and the latest multimedia technology will add more customer appeal to the Prius hatch, ensuring it continues to contribute to Toyota’s dominance of the hybrid vehicle market,” he said.