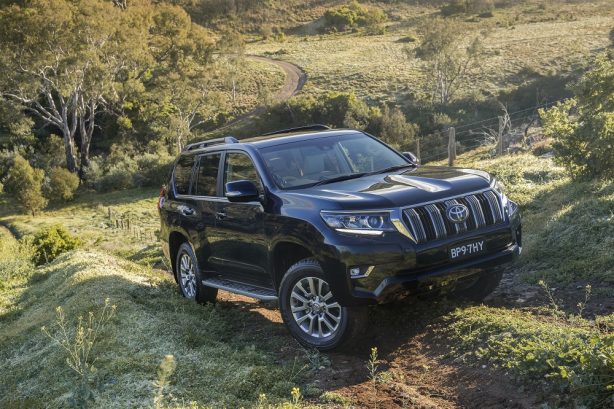 Toyota has unveiled the updated 2018 LandCruiser Prado that brings an improved interior and expands on advanced safety features across the range.

Introduced at the Frankfurt motor show and due in Australia in November, the updated Prado is distinguished by more modern and robust exterior styling and a higher quality interior design.

Prado’s freshened exterior features a bonnet sculpted in the centre to enhance downward visibility with fenders that have been re-profiled to help drivers more easily locate the vehicle extremities. 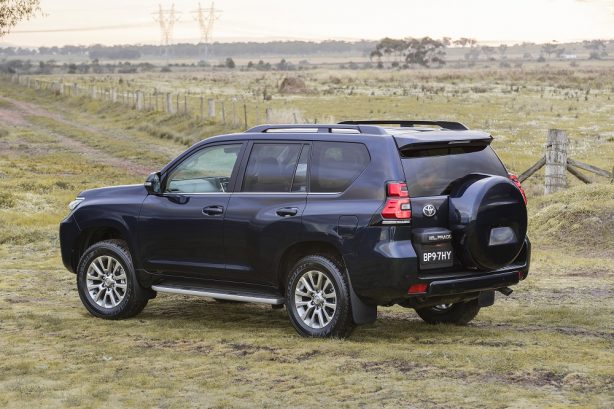 Inside the more upscale interior, the dashboard, instrument binnacle and switchgear are newly designed. The revised centre console, which incorporates a flush-surface air-conditioning control panel, has a lower profile at the top for a sleeker appearance and improved forward visibility.

Prado’s enhanced active safety technologies, including autonomous features – previously fitted to the premium VX and Kakadu variants – have been added to the automatic variants of the volume-selling GX and GXL grades.

Designed to help prevent accidents or mitigate their consequences, the technologies include Automatic Emergency Braking and a Pre-Collision Safety system that can now detect impact risks with pedestrians as well as vehicles.

Relying on a camera mounted behind the rear-view mirror and a radar in the grille, these devices enable the Prado to operate its brakes autonomously to reduce the vehicle’s speed and even bring the car to a halt. A smart active cruise control system can also slow the car to a standstill if necessary. 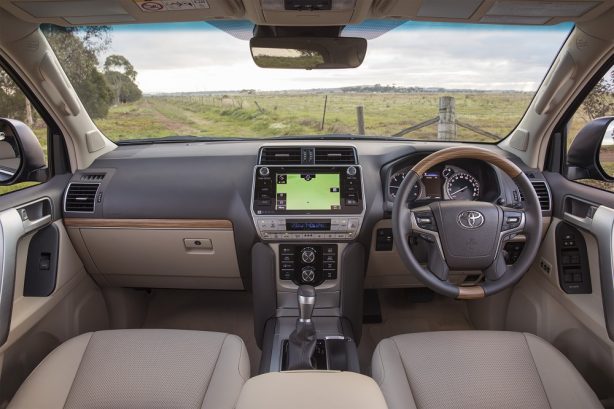 Every Prado is now equipped with a Lane Departure Alert system that monitors lane markings and helps prevent accidents and head-on collisions caused by a vehicle leaving its lane. If the vehicle starts to deviate from its lane without the indicators being used, the system alerts the driver with visual and audible warnings.

The range is also fitted with automatic high beam, a system that can detect the headlights or taillights of vehicles ahead and automatically switch between high and low beams to avoid dazzling other drivers. 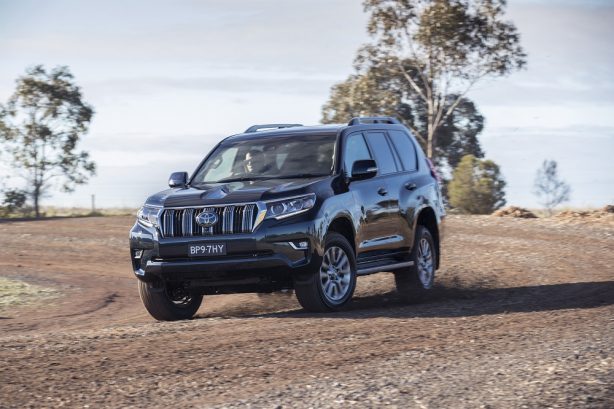 In Australia, the Prado is powered by a 2.8-litre four-cylinder common-rail direct-injection turbocharged diesel engine shared with the Toyota Fortuner. Mated to the six-speed automatic transmission, the powertrain develops a strong 450 Nm of torque between 1,600 and 2,400 rpm. When mated to the six-speed manual transmission available in the GX or GXL, this engine develops peak torque of 420 Nm from 1,400 to 2,600 rpm. Maximum power is 130kW at 3400rpm.

The 4.0-litre V6 petrol engine will no longer be offered in Australia due to overwhelming consumer preference for the turbo-diesel engine (98.8% of sales).

Prado is Australia’s best-selling large SUV. Its 2017 sales of 11,001 vehicles represent an increase of 8.3 per cent over the same period last year. Its nearest rival is another Toyota, the petrol-powered Kluger.

Full pricing and specification of the 2018 Toyota LandCruiser Prado will be announced closer to local launch.