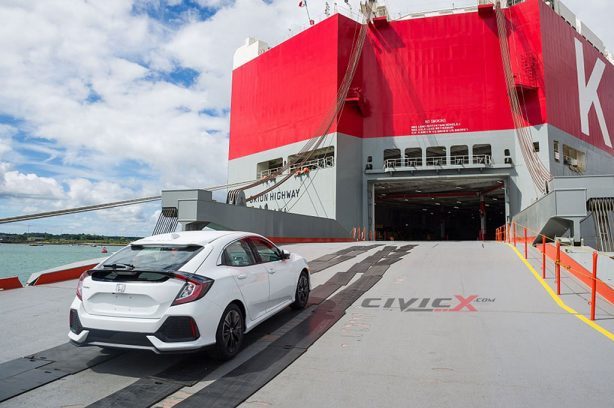 The all-new 10th generation Honda Civic Hatch production model is finally rolling out of the factory and on to a vehicle carrier, ready to be shipped to its first public appearance, wherever that may be. And the even better news is the production car looks almost identical to the concept we saw back in March this year. Well done, Honda.

These spy photos, courtesy of enthusiasts forum CivicX, show the front and rear of the new Civic Hatch in great detail. Compared to the concept, the only bits that were taken off the production model are the green accent, large wheels, side sills and centrally mounted tailpipes.

The road-going Civic Hatch keeps the front lip spoiler and rear diffuser, albeit slightly less aggressive than those on the concept. Large air intake details on the front and rear bumper, steeply raked rear windscreen, sharp lines and creases are all retained. 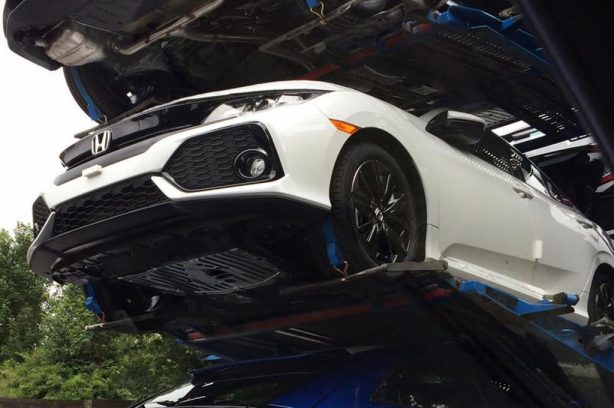 Just like the Civic Sedan, we like what we see. This bold new Honda Civic Hatch is sure to give the segment a shake down when it officially goes on sale. Expect the hatch to mimic the sedan’s engine line-up, which consists of a 1.8-litre and a turbocharged 1.5-litre four-cylinder engines. Both engines are paired with either a six-speed manual or a CVT automatic.

A Type R performance variant will join the range in late 2017, and if the current model is of any indication, expect the next Civic Type R to also be offered in a hatch body shape.

Have spy photos of your own? Share them with us at admin@forcegt.com

Previous Video: Is this the new Mercedes-AMG E63 Estate Black Series?
Next Ultra-rare Pagani Huayra BC headed to Australia