Honda Australia has announced local pricing for the all-new Civic range ahead of its arrival into dealerships from June.

With base price kicking off from $22,390 plus on-roads for the VTi, Honda is moving up to the higher end of the small car segment, leaving the sub-$20k brigade of Toyota Corolla, Mitsubishi Lancer and Holden Cruze to play against the more expensive Ford Focus (from $23,390), Subaru Impreza (from $22,990) and Volkswagen Golf ($22,490). 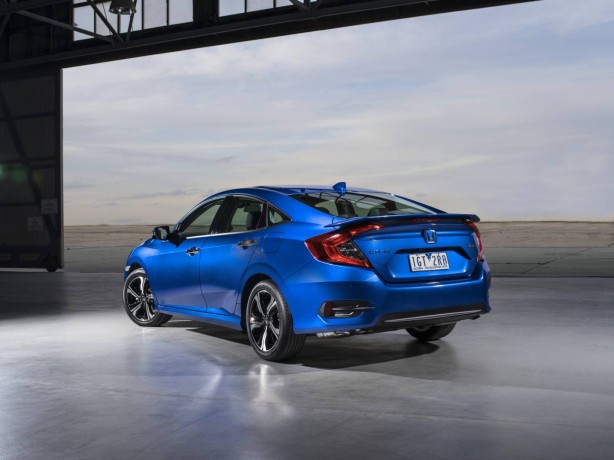 Headlining the ninth-generation Civic is an all-new turbocharged 1.5-litre, direct-injected and inline 4-cylinder engine with variable valve timing and high response turbocharger, turning out 127kW of power and 220Nm of torque.

The VTi-L, RS and VTi-LX variants debut with the 1.5L blown four while the VTi and VTi-S models are powered by the company’s proven 1.8L engine producing 104kW / 174Nm.

Both engines are paired with “Earth Dreams” continuously variable transmissions (CVT) as standard, with no manual option available.

The newest Civic represents one of the most comprehensive and ambitious product launches ever undertaken by Honda, as the brand aims to rebuild its long lost sporting heritage, made famous by sporty models such as the Integra and S2000 as well as the NSX supercar. 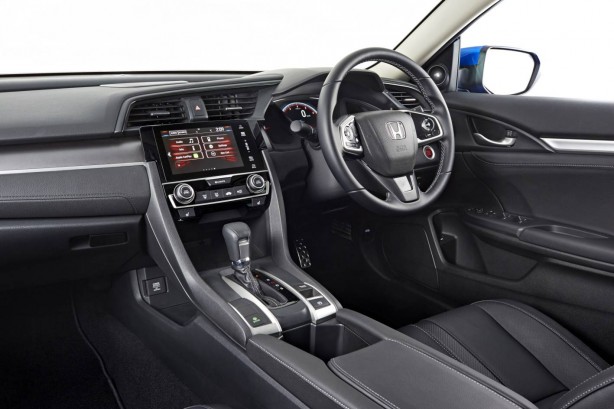 Honda Australia Director, Mr. Stephen Collins, said Honda had already received more than 4,000 enquiries on the all-new Civic from prospective customers who had asked to be kept informed through the Honda Australia website.

“The level of interest in the all-new Civic has been staggering,” Mr Collins said. “It’s very clear the styling, packaging and dynamics of the Civic resonates with our existing customers but we’re also seeing a lot of interest from prospective customers who want more from their small car purchase.

“The all-new Civic really embodies the Honda spirit and customers will experience new levels of quality, technology, dynamics and performance. We are very confident that Civic will build on the momentum generated by the customer endorsement and popularity of the HR-V.” 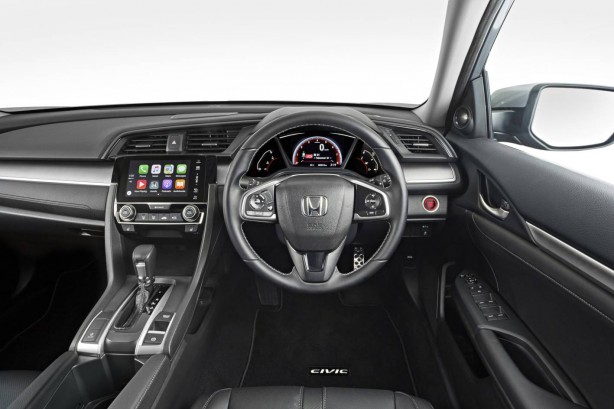 The arrival of the Civic spearheads a three-phase Civic launch plan with the Civic hatch arriving early in 2017 and the performance Type-R hatch in late 2017.

According to the Japanese car maker, over four years of local research has gone into the new Civic with input from Australian dealers and Honda staff on what elements of the car needed to be incorporated for the local market.

Building on the foundation of an ultra-rigid and lightweight body structure, the Civic is said to have utilised the most sophisticated chassis design in the history of the nameplate. Up front is a MacPherson strut suspension with a fully independent rear suspension, which includes an all-new multi-link rear design that is rigidly mounted to the rear subframe for a high degree of lateral stability. 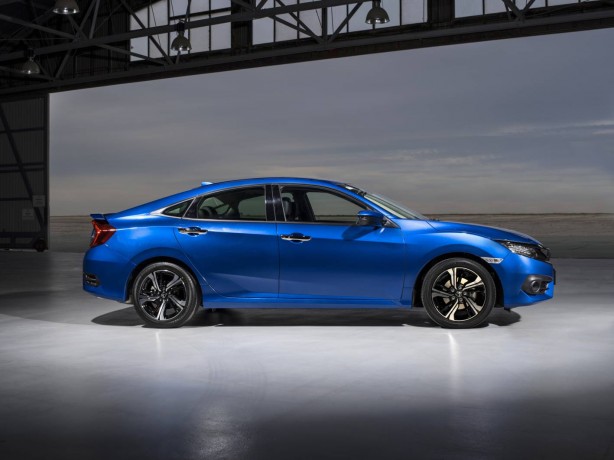 Visually, the all-new Civic represents a bold departure in design and styling from the out-going model with a sleek, swept-back silhouette and sharp, defined face with pronounced wheel arches.

Inside, Honda claims the new Civic is more refined, spacious and quieter than ever thanks to extensive use of soft-touch materials, improved aerodynamics and exceptional luggage space – the boot can hold up to 519 litres of luggage, depending on the model.

Customers will also have the latest high-level, in-car connectivity available with Apple CarPlay, Android Auto as well as Bluetooth phone and audio connectivity and USB ports.

The Pre-booking for the new Civic range starts from this week with vehicles arriving in dealerships from June.