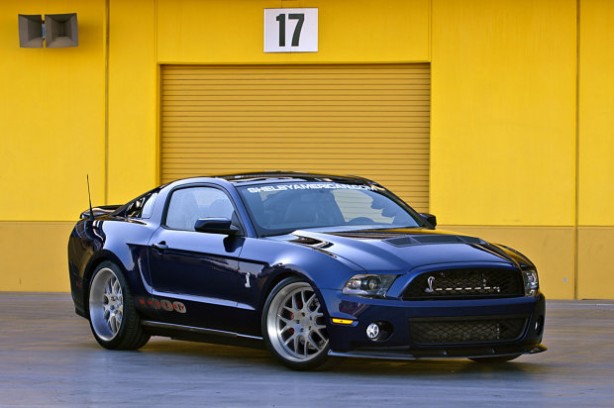 The folks at Shelby don’t seem to be content with last year’s 800 horsepower Ford Shelby GT500 Super Snake, they have just unveiled the ‘ultimate’ Mustang – the Shelby 1000!

Unveiled at this year’s New York Auto Show, the 1000 comes in two iterations: a 950 horsepower street version and a 1100+ horsepower Shelby 1000 S/C track only version. The colossal increase in power is courtesy of almost a complete rebuilt of Ford’s standard 5.4-litre V8. 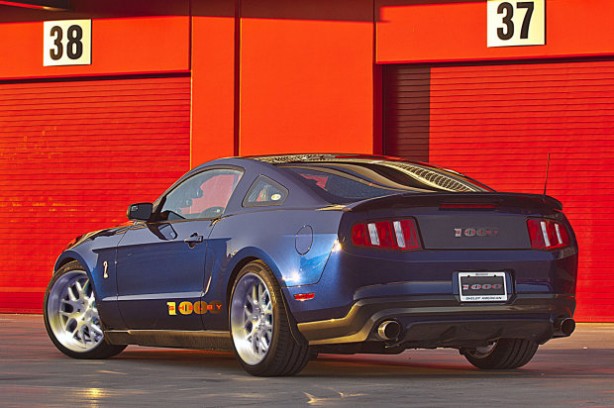 There are new rods, crank and pistons. Shelby has also revamped the cooling and improved the exhaust. On top of that, the massive Kenne-Bell 3.6 litre supercharger is responsible for the huge increase in power.

The Mustang’s chassis has also been beefed up with a vast array of enhancements to ensure that the extra horsepower and torque is put to good use on the road. 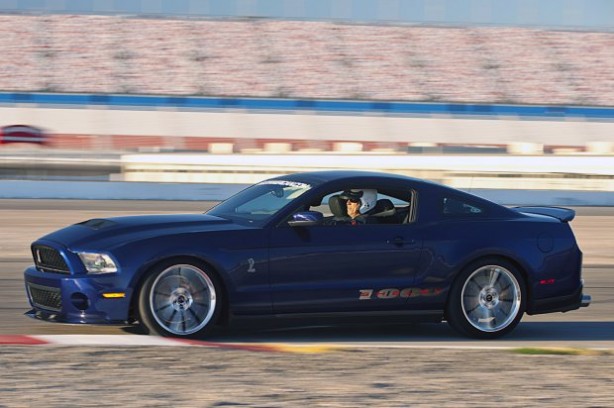 If you want one of these, you better be hurry as Shelby will only be building 100 with a starting price of close to $200,000. Not only will you be driving the most powerful Mustang, it will also be more exclusive than J-Lo!

Read the rest of the press release below:

NEW YORK – April 5, 2012 – On the eve of its return to the New York International Auto Show, 50 years after the company made its debut, Shelby American, Inc., a division of Carroll Shelby International (CSBI.PK), unveiled the world’s most powerful series of muscle cars. Named the Shelby 1000, the 50-state, street-legal car is the high performance dream of founder Carroll Shelby. The Shelby American team enhanced the power, braking and handling of the 2012 Ford Shelby GT500 to create a hyper-performance muscle car available in both street and competition versions.

“We launched Shelby American with the Cobra at the 1962 New York Auto Show,” said Carroll Shelby. “The 289 Cobra was considered pretty radical at the time. For our return 50 years later, I wanted something just as incredible that will show how far we’ve come and where we’re headed for the next 50 years.”

The Shelby 1000 was born in Carroll Shelby’s imagination in 2011. Having just achieved 800 horsepower with the famed Shelby GT500 Super Snake, he and his band of modern day hot rodders at Shelby American believed that they could enhance Ford’s well-engineered car even more.

“Carroll modeled the Shelby 1000 on the same philosophy as he did in the ’60s, using a balance of horsepower and handling,” added John Luft, president of Shelby American. “Carroll was actively involved in every aspect of the Shelby 1000’s development, from the design to the testing and ultimately his final approval. Once again, Shelby American is making history and rewriting the rules for performance.”

The Shelby1000 will be offered in both street and Shelby 1000 S/C “off-road” track versions. The street legal, pump gas version dyno’s out at approximately 950 HP, while the track oriented “S/C” version is rated at over 1,100 HP.

“We didn’t simply turn up the boost to get this level of horsepower,” explained Gil Navarrez, Shelby American’s Speed Shop director. “We took the serious hot rod approach by taking Ford’s 5.4 liter engine down to the block, and beefed up the internals by machining it for new rods, crank and pistons. We also flowed the heads, revamped the cooling and improved the exhaust. With a choice of a Kenne- Bell 3.6 liter or the new Whipple 4.0 liter supercharger and tune, it will crank out serious power all day long.”

“This car is the total package,” noted Gary Patterson, vice president of operations. “It was conceived as the ultimate Shelby and honed during substantial testing. It’s the most powerful Shelby based on a Ford Mustang that has ever been built at Shelby American.”

The rear end was replaced with a high performance 9-inch unit; the brakes include 6 pistons in front and 4 pistons out back. The driveshaft is a stronger unit while the suspension includes new struts, sway bars and bushings. The hood, rear panel and splitter are functional pieces for performance.

“We did focus groups with Shelby customers, and even showed them our initial styling designs,” explained Vice President of Production Gary Davis. “They overwhelmingly asked for this stealth exterior approach. Something cast in the mold of the most serious muscle cars of the ’60s. Everything was engineered and designed with a ‘form follows function’ philosophy.”

The result is a Shelby with subtle, yet substantial changes. From the interior touches to the hood, wheels and aerodynamic styling, the car is stripped to its bare essence. In keeping with its 50th anniversary theme, a limited production of 100 Shelby 1000s will be built. Each will be numbered and documented for the Shelby registry.

Shelby American is now accepting orders for the limited edition Shelby 1000. Those interested in reserving a car should contact the Shelby American Sales team at (702) 942-7325 or visit www.shelbyamerican.com.