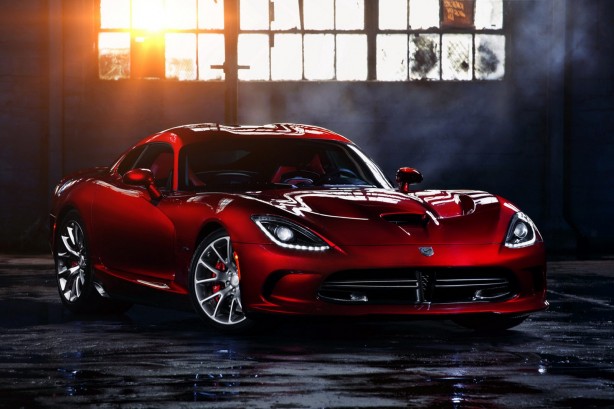 It couldn’t come soon enough after production of the last Viper stopped in 2010. Rumours were also rived that it was not going to be resurrected – a rumour which the group later dismissed. However, the company’s executives did admit that its future was shaky post Global Financial Crisis.

We can all breathe a sigh of now. “Beyond being the flagship for the new SRT brand, the launch of the 2013 Viper proves that we simply would not let the performance icon of the Chrysler Group die”, said SRT boss, Ralph Gilles.

The SRT Viper will be available in two models: the basic SRT Viper and the SRT Viper GTS. It is a huge departure from the original Viper that rumbled onto the world stage two decades ago. The new car is vastly improved, with the bonnet, roof and boot lid all made of lightweight carbon fibre, while the doors are aluminium. 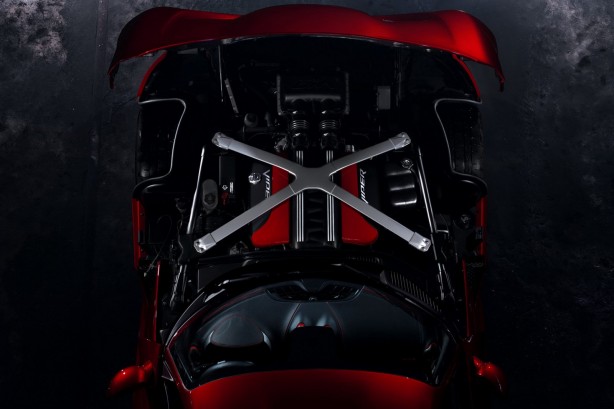 The basic principle of the car though is largely the same: big displacement engine at the front driving the rear wheels with corpus amounts of pure American muscle!

The V10 all-aluminium engine displaces 8.4-litres and produces 640HP and 600lb-ft (812.6Nm) of torque. The torque figure is unseen of in a normally aspirated engine. Although not the most sophisticated, the latest Chrysler V10 features lightweight composite high-flow intake manifold, high-strength forged pistons, sodium-filled exhaust valves, an aluminium flywheel and a new back-pressure-reducing catalysts.

Power is sent to the rear wheels via a 6-speed Tremec TR6060 manual gearbox with a short throw shifter and closer gear and final drive ratios, which enable the SRT Viper to achieve top speed in sixth gear at the 6,200rpm redline. 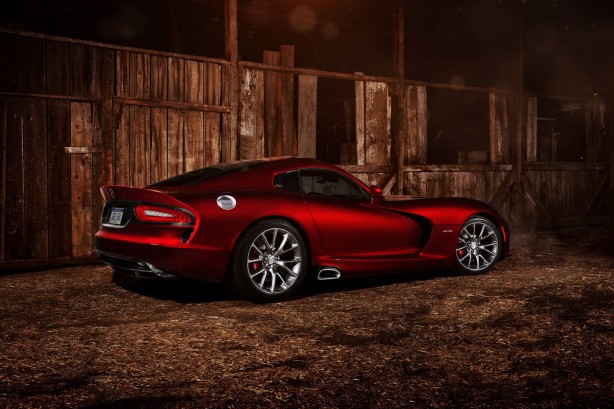 Chryler’s engineers have also re-worked the car’s chassis, which is now 50% stiffer torsionally and features an X-shaped brace that ties the front suspension pickup points to the magnesium cowl. It is also nearly 100 pounds (45kg) lighter. The rear suspension has also been given the once over, with the toe link now being in front of the axle to aid stability. The GTS also gets an advanced two-mode active suspension featuring Bilstein DampTronic Select shock absorbers with both street and track settings.

The SRT Viper’s aerodynamics has also been improved with a lower 0.364 drag coefficient. Modern electronic driving aids are now standard and include electronic traction and stability control, 4-channel ABS and 352mm disc brakes with 4-piston Brembo aluminium callipers on all corners.

The new generation SRT Viper retains classic design elements from the old car, with its long bonnet, trademark side-exiting exhausts and huge air-vents behind the front wheels. The new design has been tidied up and the supercar looks taut and purposeful, helped by bi-xenon headlights with LED daytime running lights. 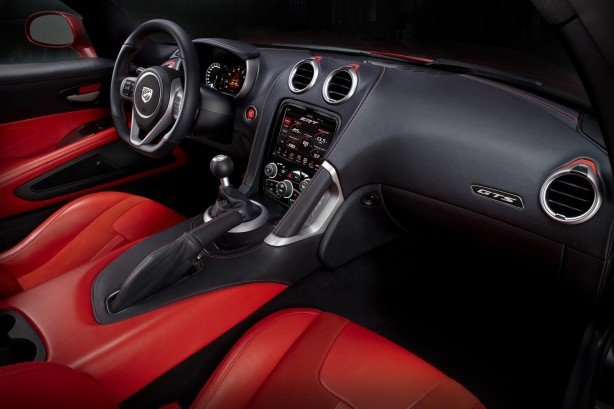 The game changer though is the car’s interior. Gone were the vast amount of cheap plastic and illogically placed switch gears. The new car’s interior instantly shouts premium, with additional padding in all major surfaces, while the GTS’ cabin is fully covered in leather.

There is now a standard 8.4-inch touch screen with a choice of infortainment systems. Enthusiasts will be pleased to know that the new SRT Viper is now equipped with launch control as well.

To reduce overall weight, the Vipers’ Sabelt sports seats are made of Kevlar/fibreglass and are positioned 20mm lower with their travel extended by 90mm. Along with the ability to adjust their height by 40mm, the result is the most spacious cabin ever in a Viper, according to the automaker. 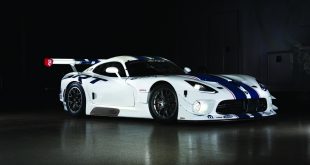 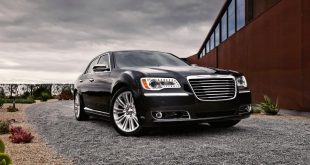 Chrysler 300 Diesel Under Consideration for US Market 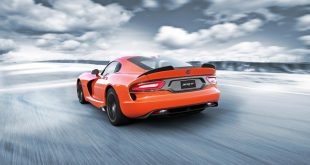 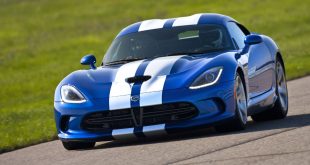