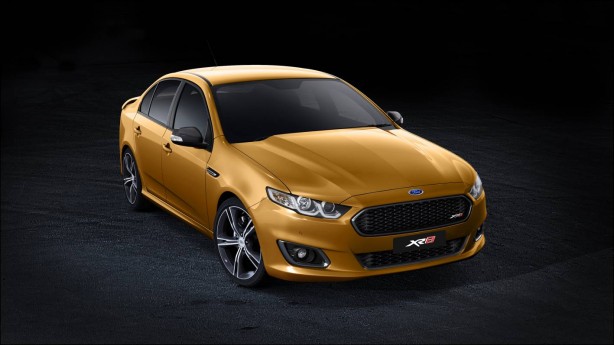 As a mark of distinction among the sporty XR series, the XR8 features distinctive exterior graphics with a distinct sporty front end treatment, as well as signature bonnet power dome that has been enhanced for the 2014 Falcon XR8. This is complemented by a specific exhaust system tuned for the sporty V8 exhaust note.

The Exterior Design Manager for the new Falcon, Nima Nourian, said the Australian design team drew on all the visual strength of the existing XR series, which provided a perfect canvas to develop the 2014 Falcon XR series.

“The challenge was delivering a powerful, yet premium look for the 2014 car,” Nourian said. “I’m proud of the fact that the new Falcon XR builds on an already distinctive design and yet delivers a whole new personality.

“The Falcon is acknowledged as being one of the most iconic Australian sedans available but the 2014 Falcon pushes this theme further forward. Our customers will easily identify the new Falcon by its premium look.” 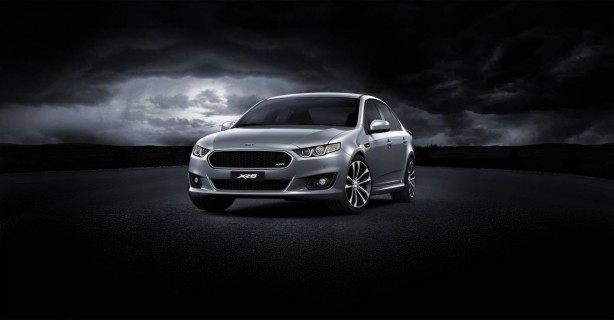 “With the XR6 and XR8 the front end is not only sporty but has a premium look, which will also be apparent across the Falcon range,” Nourian said.

“We did that by implementing the signature Ford trapezoidal grille shape high on the front end to provide a more purposeful look which is a signature look on most of our vehicles globally.”

“This new layout is further enhanced by the slim head-lamps flanking either side of the grille. The headlamps have distinct technical graphics and detailing inside as well as clever use of materials and finishes.”

“On the XR series, we wanted a three-dimensional honey-comb grille mesh, which visually demonstrates the sporty nature of the car. The power dome on the XR8 also further enhances this look. The power dome expresses the car’s intention and for our XR8 customers, will be an instantly recognisable difference.”

The 2014 Falcon XR8 power dome now extends up to the windscreen cowl to deliver a stronger look, an adaptation of the upcoming Mustang due to arrive next year.

The strong family resemblance not only links Falcon to the new Mustang but highlights DNA shared with the new Mondeo which joins the line-up in Australia next year.

On the rear, the jeweled split tail-lamps use LED technology while the new sculpted boot lid has an integrated rear spoiler on XR models. A bespoke lower diffuser on the XR8 houses the round quad exhaust tips and further emphasizes the performance of the XR8 from the rear view.

“For customers, the exterior of the 2014 Falcon – particularly the XR models – is distinctive and the rear of the car takes on a wider stance. It will stand out from the crowd,” Nourian said.

Ford President and CEO, Bob Graziano, said the XR8 badge was a welcomed return to the Falcon line-up. “We’re very excited by the return of the XR8, as this badge has not been seen on a Falcon since 2010,” he said. “Our enthusiasts have been asking for it so we’ve purposely revealed the Falcon XR6 and XR8 first.”

With the return of the V8 into the Falcon portfolio, Graziano said Falcon will be the only Australian-made large sedan available that has the choice of three engines, the acclaimed EcoBoost four, in-line six or V8 petrol engines.

“Four, six, or eight; our customers will have more choice,” Graziano said. “To enhance the choice too, our six cylinder customers will also be able to choose between the locally developed EcoLPi engine or Turbo six cylinder, as well as the naturally aspirated six.”

“Quite simply, we think this is the best Falcon ever. I just couldn’t be more pleased with what the talented local team’s been able to accomplish, I’m really proud of them,” Graziano said.

“When you look at cars like the new Falcon, it’s easy to understand why we are now leading global projects such as the new Everest which is designed and engineered in Australia for the world.”

Pricing, features and specifications of the 2014 Falcon will be revealed closer to launch. The Falcon range and ute go on sale in the fourth quarter of this year.