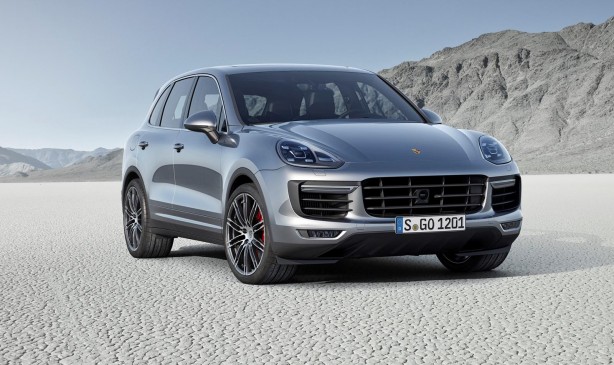 The new Porsche Cayenne facelift has been officially unveiled. Boasting a sharper design, boosted efficiency and an extensive set of standard options, the new Cayenne is set to face off tough competition from rival Range Rover and BMW X5.

In the US, where the updated Cayenne is launched, four variants are offered: Cayenne Diesel, Cayenne S and Cayenne Turbo. The update also sees the world premiere of the Cayenne S E-Hybrid, which is the first plug-in hybrid in the premium SUV segment. This model, together with the Panamera S E-Hybrid and the 918 Spyder, make Porsche the world’s only car manufacturer to offer three plug-in hybrid models.

Another highlight is the entirely new 3.6 liter twin-turbo V6 engine for the Cayenne S, which promises both improved performance and fuel economy compared to its predecessor. 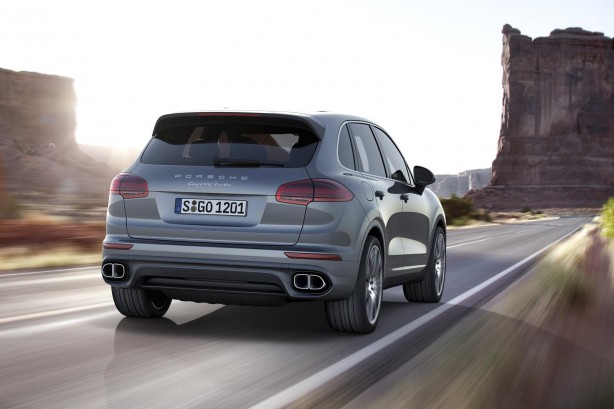 In this latest version, Porsche designers have given the Cayenne an even sharper design. The design of the front body, the front fenders and the bonnet are entirely new. Another new feature are the airblades, which are air fins located on the right and left of the vehicle’s front end used to guide air to the intercoolers for cooling, while also making a strong visual statement.

The rear section of the new Cayenne was also thoroughly updated. The layout of the rear lights creates a three-dimensional effect; the brake lights – like the LED daytime running lights in front – are designed in four elements. The license plate recess, tailgate handle and lights are now integrated more elegantly into the tailgate lid. The vehicle’s horizontal lines were also re-designed, giving the vehicle an even fuller stance on the road. The newly designed exhaust tailpipes are now integrated in the lower rear fascia. 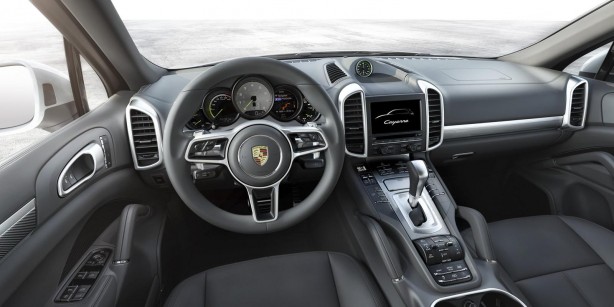 In the interior, designers devoted much of their effort to the driver’s space. The driver now gets a new multifunction sport steering wheel with shift paddles as standard. Its look and functions are based on the steering wheel of the 918 Spyder. The rear seating system has also been updated for better comfort.

Power and torque were boosted while improving efficiency. All new Cayenne models feature an improved “auto stop-start function plus” and optimized thermal management. Active air flaps are now being used for the first time in the Cayenne models. Located behind the center air intake and controlled by engine management, they open or close according to the specific driving situation and cooling demands. This allows them to adjust the air volume that is available for cooling. When they are closed they improve aerodynamics, which reduces air drag and thereby improves fuel economy. 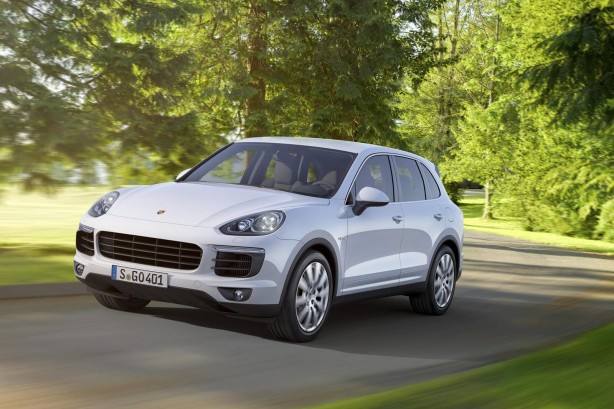 The traction battery can be charged from the electric power grid or while driving. Porsche Car Connect is standard on this vehicle, and allows the driver to pull relevant vehicle data from a smart phone. 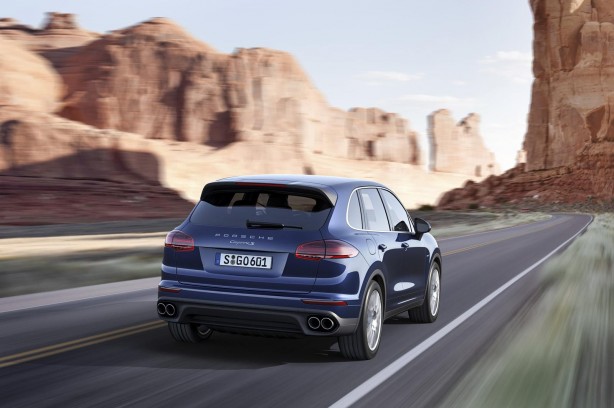