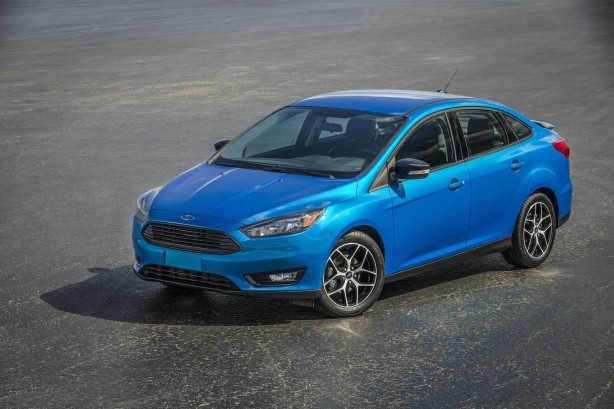 The updated Ford Focus four-door sedan has been officially unveiled, as it prepares to make its debut at next week’s 2014 New York International Auto Show.

The debut of the new Focus four-door sedan and the Focus Electric in New York follows the Geneva Motor Show debut in March of the Focus three- and five-door hatchback and wagon. A new version of the Ford Focus ST cooking model will be shown later this year. 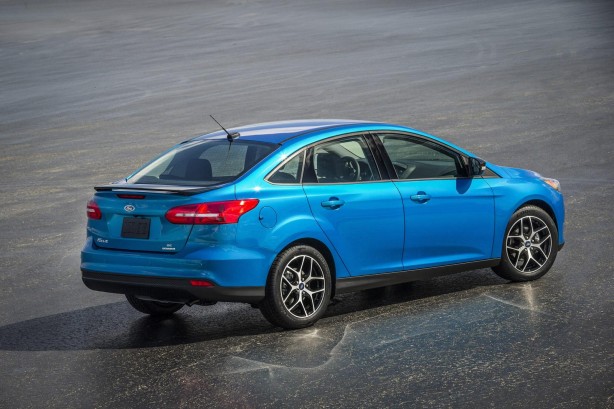 The redesigned Ford Focus offers a bolder exterior design, a more intuitive and upscale interior, a host of new features aimed at boosting the appeal of the compact car in a highly competitive market segment. Highlight at the Ford booth at the New York show will be the additional powertrain option an efficient 1.0-liter EcoBoost engine with a new six-speed manual transmission for the U.S.-spec Focus.

“The 1.0-liter EcoBoost engine is proof that excellent fuel economy and performance can come in one package,” said Raj Nair, group vice president, Ford Global Product Development. “Focus is already known for bringing together efficiency and fun, and our latest offering will bring consumers a whole new level of enjoyment – on the road and in what they’ll save at the pump.” 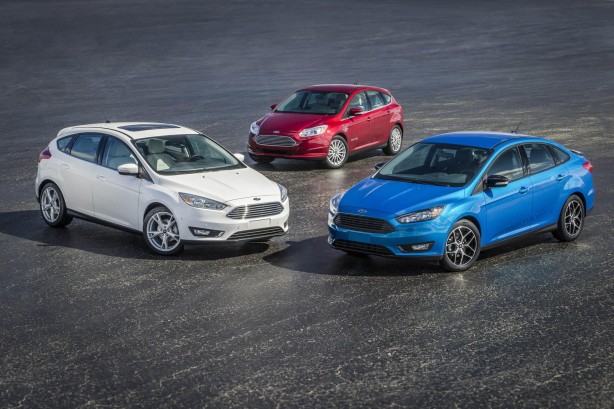 The smallest engine in Ford’s growing EcoBoost family – already available in the Fiesta city car and EcoSport crossover- will come standard in the new Focus with an Auto Start-Stop feature that automatically shuts down the engine at stops and instantly turns it back on at takeoff.

“It is remarkable to see Focus again lead the industry as the No. 1-selling vehicle nameplate on the planet,” said Jim Farley, Ford executive vice president, Ford Motor Company Global Marketing, Sales and Service and Lincoln.

The 2015 Ford Focus sedan is expected to arrive in Australian showrooms early next year.