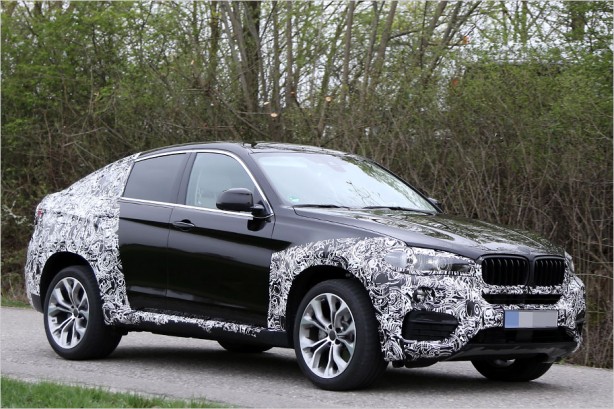 Since its premiere in 2008, the BMW X6 polarised opinions with a shape that looks like a cross between a crossover and a coupe. In fact, BMW calls it a coupe crossover. It’s limited cargo and rear passenger space didn’t stop people from buying enough of it to warrant a second generation.

Spotted here in heavy camouflage, the all-new BMW X6 is out in the wild for some final testing before heading to its first public appearance at a major international motor show sometime this year or early 2015.

Sharing its underpinnings with the recently launched BMW X5, it’s not a surprise development of the new X6 has reached this far. 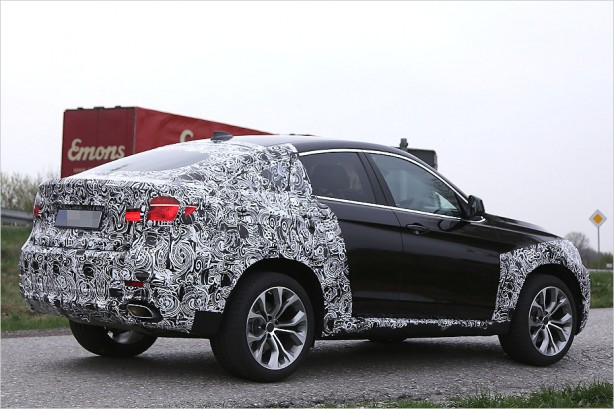 BMW has once again opted to continue with the controversial styling of the current model, albeit with a longer length and wider track. Like the new X5, and new models that we start to see from Munich, the headlights will merge with the kidney grille to form a single piece.

Engine line-up for the new X6 will be largely similar to that of the X5. That means we can expect to see a slew of turbocharged diesel and petrol powered in-line sixes, as well as turbo V8s. At the top of the range will be the X6 M, once again propelled by a twin-turbo 4.4-litre V8.

This time around, the new X6 will be joined by a smaller sibling, the recently unveiled BMW X4 with a similar coupé-like styling.