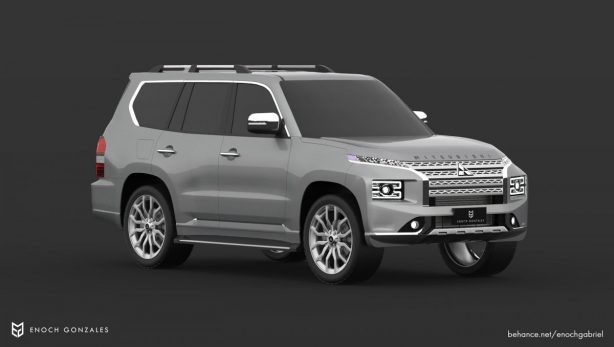 The current-generation Mitsubishi Pajero has been on sale in Australia since 2006 and to say it’s getting long in the tooth is an understatement.

In fact, the Pajero will be discontinued in its home market of Japan soon (Australian sales will continue, for now), with the company announcing 700 Final Edition models to farewell the legendary model which has been on sale in Japan since 1981.

So it is timely that our friend, Enoch Gabriel Gonzales recently penned his vision of a 2021 Pajero. While it is unclear whether Mitsubishi intends to replace the Pajero in the future, Enoch’s concept gives a glimpse of what it might look like if they did. 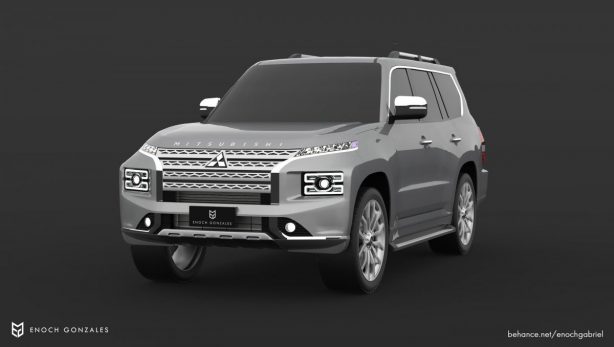 The concept adopts Mitsubishi’s latest ‘dynamic shield’ design language matched with a pair of on-trend “split-headlight” design where the headlight sits low in the front bumper, while the slim-line LED DRLs resides where traditional headlights live.

However, Enoch says his design is “a parody of that trend” because unlike most manufacturers who ‘disguise’ the main headlights as foglights, he has drawn inspiration from the Kia Telluride concept and placed them higher while gaving them “a bold and massive rectangular shape” so you won’t mistaken them for anything but headlights. 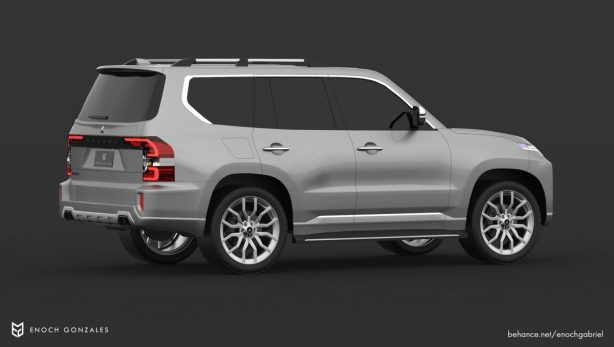 The concept’s profile also retains the Pajero’s boxy outlook but with a lower roofline, longer wheelbase and overall length. For a cleaner and more modern look, Enoch has also removed the plastic cladding around the wheel arches and lower part of the doors.

Around the back, the 2021 Mitsubishi Pajero concept features vertically-aligned taillights in a nod to the current model. Enoch has also deleted the tailgate-mounted spare wheel in order to achieve a “lobster-claw” light signature and a cleaner Volvo XC90-ish look.