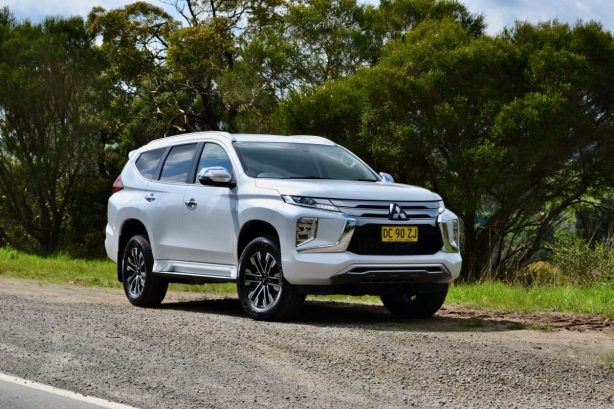 The Mitsubishi Pajero Sport is a five or seven seats SUV with proper four-wheel-drive for serious off-roading. It shares the same drivetrain and body-on-frame configuration as the Mitsubishi Triton ute and is currently the Japanese brand’s largest SUV since the demise of the Pajero flagship off-roader.

First launched in 2016, the Pajero Sport has been kept fresh with incremental updates over the years, with the latest refresh in early 2022 introducing a new range-topping GSR 4WD variant and additional comfort features. 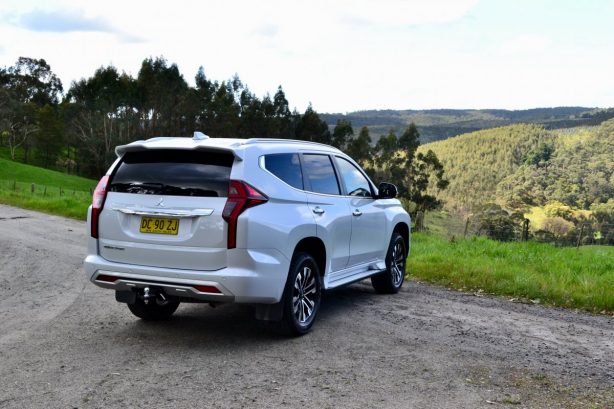 Pricing for the seven-tier Pajero Sport line-up ranges from $43,940 to $60,940 before on-road costs, placing it in competition against similarly priced rivals like the Toyota Fortuner, Isuzu MU-X and Ford Everest.

On test was the GLS 7-seat Automatic priced at $53,690 plus ORCs. This model sits right smack in the middle of the range, above the GLX and under the Exceed.

How does it look?

The modernised styling aligned the SUV with the Mitsubishi’s latest design language, which has been featured on the company’s newer models like the Outlander, Eclipse Cross and the facelifted Triton.

For such a large vehicle, the Pajero Sport has managed to not look blend, with flowing creases, wide fenders and bold detailing fusing nicely together for a modern, rugged look. 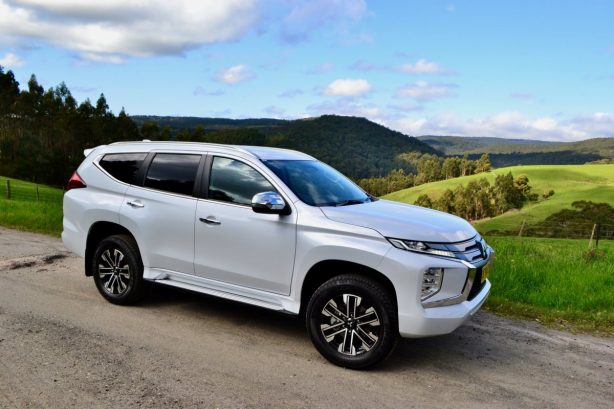 On the inside of our GLS tester, it does start to look a bit old around the traditional non-digital instrumentation cluster and outdated infotainment touchscreen. With the former lacking a digital speedometer (only available in Exceed spec) and the latter having probably the blandest interface in the business, both systems are in desperate need of an overhaul.

The rest of the cabin isn’t too bad. There’s quite a bit of gloss black trimming going on in the centre console, which looks nice but is a magnet for scratches and fingerprints. The otherwise black interior is lifted by metallic trim inserts around the air vents, steering wheel, door cards and dashboard.

What are the features? 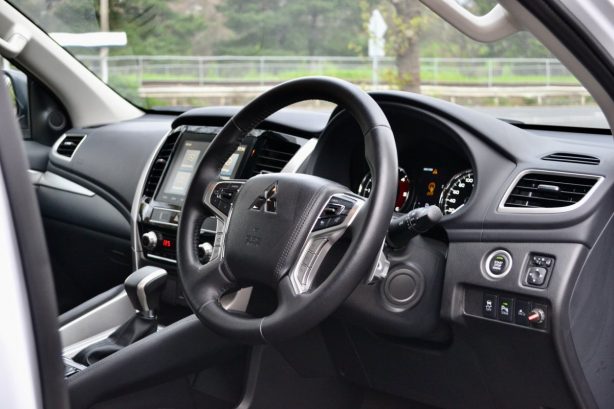 In terms of safety, all variants get seven airbags along with driving aids such as Forward Collision Mitigation System, Emergency Brake Assist System, Hill Start Assist and Trailer Stability Assist. However, essentials like Blind Spot Monitoring, Lane Guidance and Rear Cross Traffic Alert are still missing from GLS grade and down.

The Pajero Sport GLS tested here has seven seats in a 2-3-2 configuration. While the first and second row are offered with good space all around, the third row is tight with limited toe and headroom and is best reserved for small children. To access the third row you lift and fold the second row via a latch to liberate a generous passage to the back. 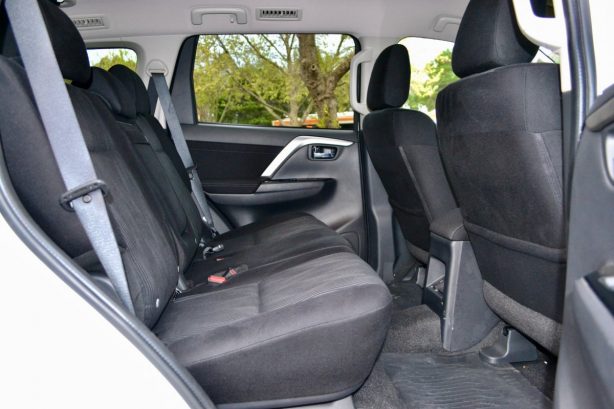 With all seats up, there are 131 litres of boot space, good enough for a couple of small bags. To carry more, you’d need to drop the third row seats, and perhaps the second row as well for bulky cargo. With both the second and third rows stowed you get a voluminous 1488 litres of space.

With the seats folded, the cargo floor isn’t exactly flat, given the second row folds vertically rather than horizontally. This makes moving items across the cargo floor a bit of a challenge. 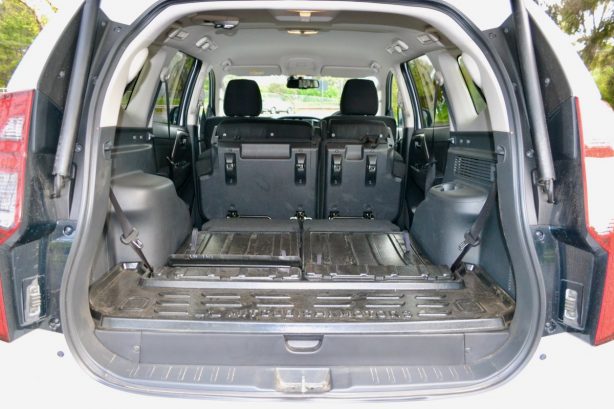 The refreshed centre console features a sizeable storage tray that sits under the floor console. Extra storage can be found under the centre front armrest, in the glovebox and door pockets, the latter offer good size bottle holders.

Under the bonnet of all Pajero Sport variants is a 2.4-litre four-cylinder turbo diesel, with outputs of 133kW and 430Nm. The only transmission available is an eight-speed torque converter automatic. Typical of an oil burner, the engine sounds gruff at low revs, but becomes fairly muted once on cruise. The automatic gearbox is well tuned to the engine, with it picking the right gear most of the time and working discretely in the background. 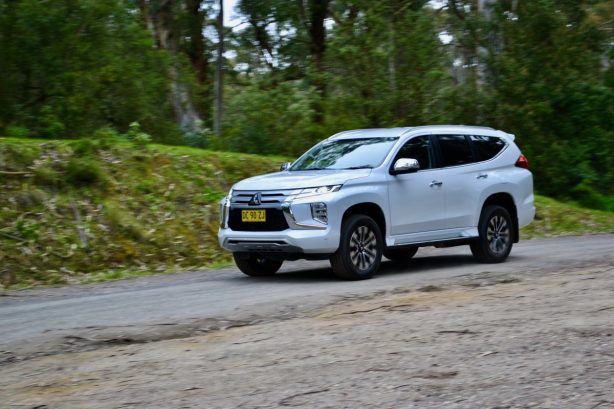 While the Pajero Sport could certainly do with a bit more power, there’s enough performance to haul the 2.1 tonne SUV around. You’ll really only wish for another 10-20kW when towing a large load, which it’s capable of pulling up to 3100kg (braked) or 750kg (unbraked).

For such a large vehicle, the Pajero Sport can be commended for its composed handling. Like many other 4x4s, the body-on-frame setup rides on independent double wishbone front and coil-sprung live-axle rear. What sets the Mitsubishi apart is how well the suspension is tuned to suppress body roll. It’s surely one of the less clumsy models in the segment.

Ride quality around town is decent, just don’t expect it to be as soft as something like a Toyota Kluger – this is still a 4×4 after all.

Can it go off-road?

The Pajero name is synonymous with off-roading, and it’s please to see the addition of ‘Sport’ to the back of it has not diluted its bush-bashing capability the slightest. This is still an out-and-out off-road machine, when needed to be. 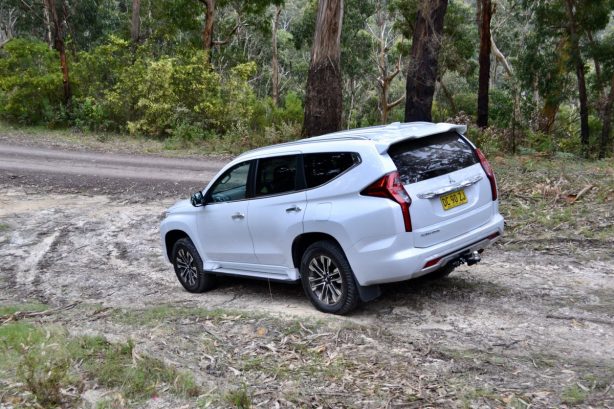 The sophisticated four-wheel drive system with dual-range is a trustworthy piece of kit out in the bush, with good traction maintained across all but the trickiest of surfaces. There’s a good amount of articulation from the coil-sprung rear axle, too, with it managing to keep all four wheels on the ground most of the time,

Gizmos such as terrain selection and the locking rear differential are handy when the going gets tough, and its 218mm of ground clearance is enough to get most jobs done for the average off-road junky.

Again, a little more power would help in clearing those steep climbs, but the overall off-road package is pretty good straight out of the box.

Despite starting to show its age, the Mitsubishi Pajero Sport remains one tried-and-tested off-road capable SUV that still packs the goods in all areas that matter. Incremental updates have ensured it’s still keeping up with the competition, although a more modern cabin would greatly elevate its status.

The mid-size SUV market is saturated with no fewer than 10 models, making it one …