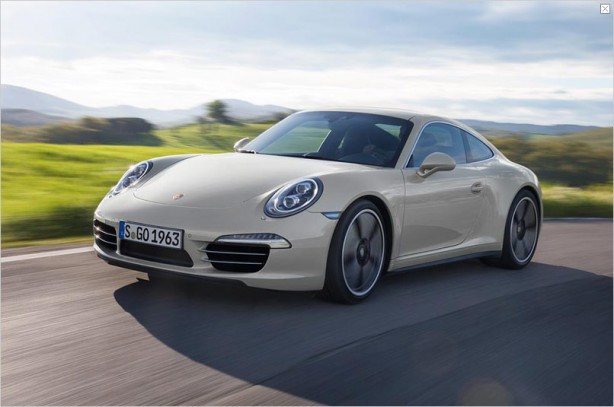 Porsche is celebrating the 50th anniversary of the 911 at the International Motor Show (IAA) in Frankfurt with a special anniversary model based on the 911 Carrera S. 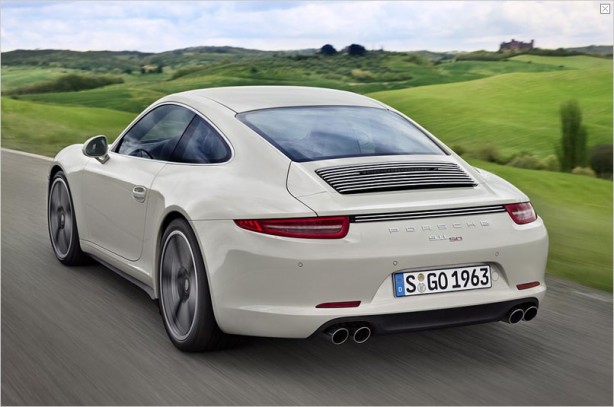 The limited edition 911 is also equipped with a sport exhaust system which outputs a “fitting emotional” sound. Other features exclusive to the 50th anniversary edition include a special 20-inch wheels finished in matte black paint with machine-polished centres, chrome trim strips on the front air inlets, the fins of the engine compartment grille and the panel between the rear lights. Another technical highlight of the car’s equipment is the Porsche Dynamic Light System (PDLS) with bi-xenon headlights and dynamic cornering lights. 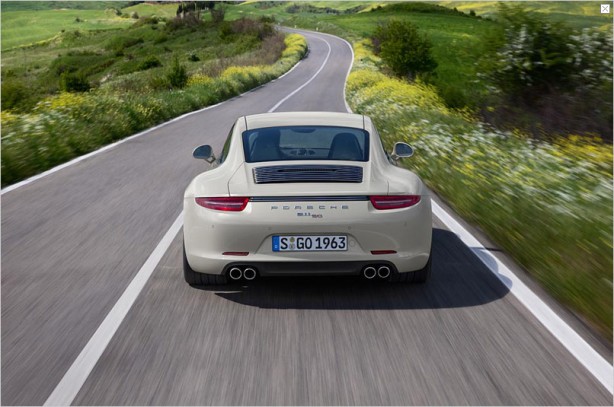 Two unique colours are available for the anniversary 911, a darker graphite grey and a lighter geyser grey metallic. In addition black monochrome is also available. Each of the cars has a two-tone 3D-effect badge on the rear lid with the numbers “911 50”. This is repeated in three colour embroidery on the headrest and in two colours as a logo on the tachometer and the aluminium door sill plates. It can also be found on the cup holder panel – together with the limited edition number of the individual vehicle. Other exterior characteristics of the special model are high-gloss window frames and sport design exterior mirrors on the doors panels. 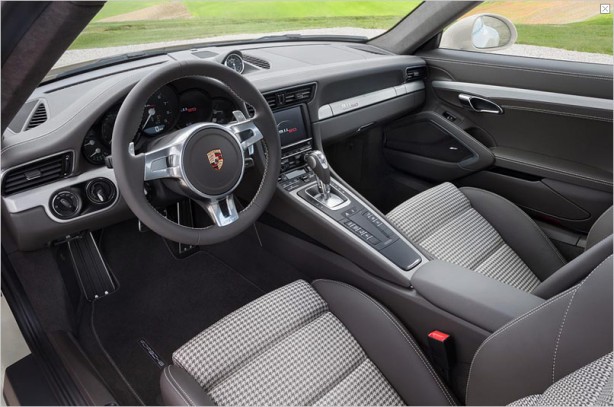 Inside, the special edition gets green labelling on the instruments with white pointer needles and silver caps on the instrument pivot pins, just like 50 years ago. Another special feature is the centre panels of the leather seats, which are designed with a fabric pattern reminiscent of the “Pepita” tartan design from the 1960s. The full-leather interior is designed in agate grey or black with decorative stitching, some in contrasting colour.

Porsche will present the limited edition model in time for the 50th anniversary of the 911 at the IAA motor show in Frankfurt, which opens its gates to the public on September 12, 2013.