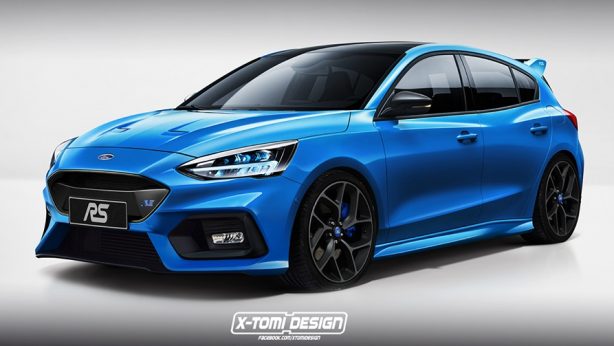 While the next-generation Ford Focus RS isn’t set to debut until sometime in 2020, some juicy details have already emerged that Ford’s fourth-generation hyperhatch will pack a 2.3-litre turbo four married a pair of electric motors.

The 48V mild hybrid powertrain will reportedly churn out a total system output of nearly 300kW and 576Nm of torque. That means the new car will be more powerful than today’s Audi RS3, which puts out 294kW and 480Nm, and as powerful as the upcoming Mercedes-AMG A45!

With such level of power, the hot Ford will drop its 0-100km/h time from today’s 4.7 seconds to the low 4.0 seconds. According to reports out of Europe, a dual-clutch transmission option is also a strong possibility to cater for the growing demand for them in China and the U.S.

The mild hybrid tech is part of Ford’s plan to enhance its credibility by getting applied to one of its most iconic models.

Like the current model, the new Focus RS will remain a five-door albeit beefed up with a chunky body kit, as rendered here by X-Tomi Design.