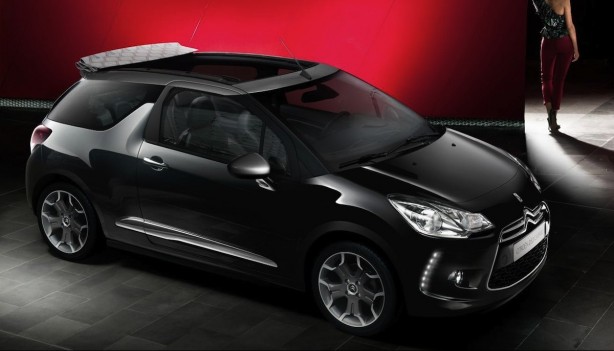 These are the first official photos of the new Citroen DS3 Cabrio, ahead of its public debut at the 2012 Paris Motor Show in September.

The Cabrio will keep the fixed-roof DS3’s trademark ‘floating’ two-tone roof design and share its ‘shark fin’ B-pillar design despite losing its lid. Operated by a ceiling console mounted button, the electrically operated fabric roof can be closed in 16 seconds at speeds up to 120km/h and is available in three designs – Black, Infinite Blue and a DS Monogramme. The DS Monogramme design incorporates the DS logo using two contrasting grey tones. 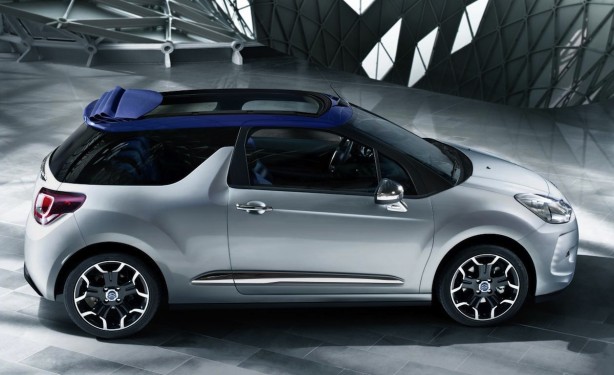 There are three roof aperture positions – intermediate, horizontal and total. An aerodynamic deflector prevents annoying wind buffeting when the roof is completely retracted.

As with all open top vehicles, the DS3 Cabrio adds 25kg over the normal hatch, but Citroen says it maintains the same rigidity, strength and agility as turbocharged 1.6-litre sports hatch. Soundproofing is also comparable to the fixed-roof model when the roof is closed.

No compromise is made in the 245-litre boot – the largest in its class according to Citroen. The 115kW/240Nm DS3 Cabrio also retains the 60/40 split-fold rear seats. 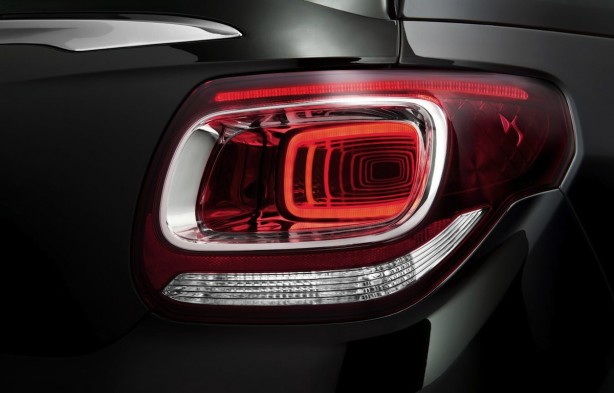 Besides the new roof, the new car also sports an all-new 3D LED tail-light design, inspired by the Citroen Revolte and Survolt concept cars. It features a rectangular set of 31 LEDs and semi-reflecting mirrors, and a 15-LED blade on the upper part of the light. The lights are flanked by chrome-finished DS logo set in an embossed black DS setting.

The tailgate has also been redesigned with a chrome-finished handle and a circular motion opening system which allows the boot to open even when parked closed to other objects.

The interior is spiced up with white LED ambient lighting, new upholstery and colour coded trim highlights on the dashboard, air vent surrounds and shift knob.

The Citroen DS3 Cabrio will launch in early 2013.