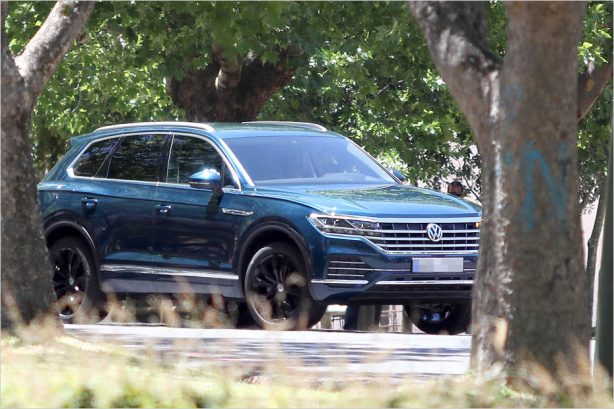 Here it is folks. The clearest view yet of the third-generation 2018 Volkswagen Touareg caught on lenses ahead of its official debut in April 2018.

Unlike previous prototypes, this production ready Touareg was spotted in the wild without a shred of camouflage. It is speculated that the pair of Touaregs were out conducting photo shoots for promotional materials.

As expected, the new Touareg looks remarkably similar to the T-Prime Concept GTE introduced a year ago, with a front end similar to the recently unveiled Arteon, especially in the way the grille merges with the headlights.

Underneath the all-new sheetmetal sits Volkswagen Group’s MLB Evo platform shared with the Audi Q7, Bentley Bentayga, as well as the next generation Porsche Cayenne and the recently released Lamborghini Urus. 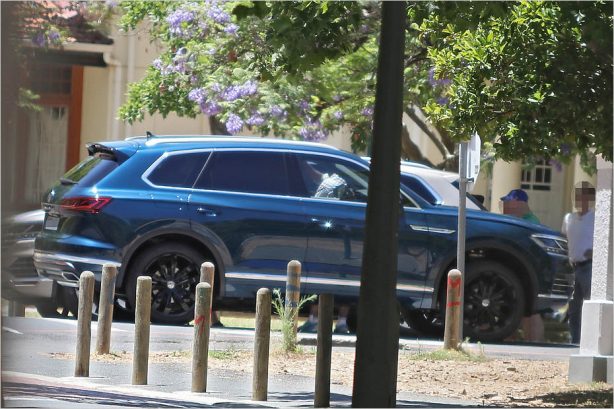 The 2018 Touareg is likely to be slightly bigger than today’s model taking into consideration the upsized seven-seat Tiguan in its lineup. Nevertheless, expect the new model to be lighter thanks to the new platform.

Inside, we can expect many of advanced technologies seeing it’s the range-topper of Volkswagen’s lineup.

The next-generation Volkswagen Touareg is set for global premiere at the 2018 Beijing Motor Show.