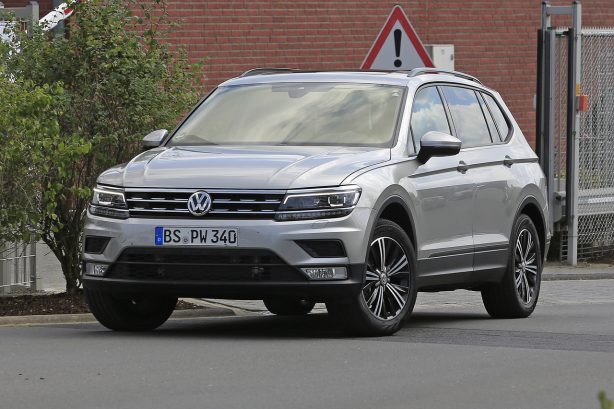 As previously reported, the all-new second generation Volkswagen Tiguan will spawn a raft of variants, including a coupe crossover and seven-seater. And here’s the first “unofficial” photo of the latter, spotted undergoing testing on the streets of Germany virtually undisguised.

The upcoming three-row Volkswagen Tiguan features a 110mm longer wheelbase to accommodate a third row of seat for a carrying capacity of seven. As can be seen from this near production-ready seven-seat Tiguan, there are also wider rear doors to improve access to the third row. 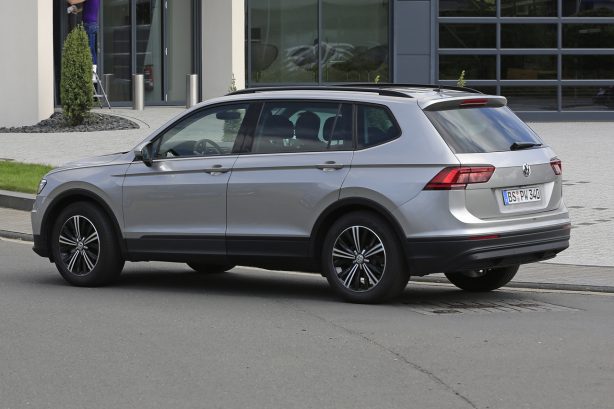 While the seven-seater, to be called the Tiguan XL, has been confirmed for Australia, it isn’t due to arrive until mid-2017, at which time it will join its five-seater sibling which goes on sale next month. The Tiguan XL is expected to premiere at the Los Angeles Auto Show in November.

Hauling the heavier body will be Volkswagen’s familiar four-cylinder 2.0-litre turbo petrol and diesel engines, paired with seven-speed dual clutch transmission. The stretched Tiguan will be produced at Volkswagen’s Puebla factory in Mexico.