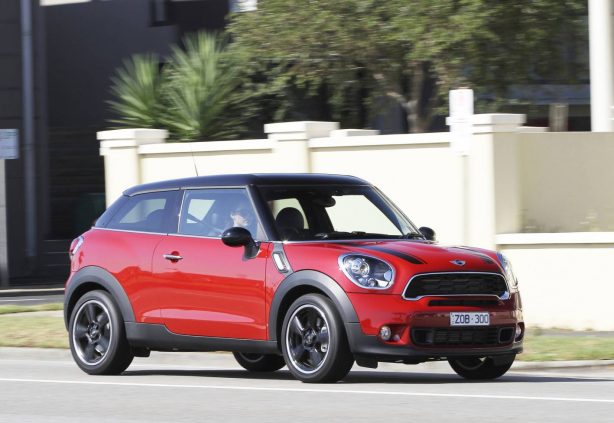 MINI has introduced its second SUV in Australia.  The BMW owned company launched the MINI Paceman, a four-seater that offers the lofty driving position of a SUV, but with the profile of a two-door coupé, from $35,900.

Based on the MINI Countryman, it shares many of the former’s styling, including black body cladding for that added touch of ruggedness required for an SUV. 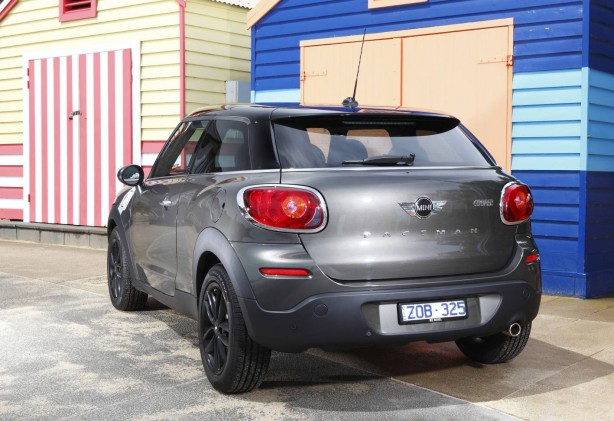 The base Cooper model is motivated by a 1.6-litre naturally aspirated four-cylinder engine delivering 90kW and 160Nm. It sprints from 0-100km/h in a leisurely 10.4 seconds and returns an average fuel consumption of 6.5L/100km.

Stepping up to the performance-oriented Cooper S Paceman brings a 1.6-litre turbocharged four-cylinder engine co-developed with the PSA Group (Peugeot). It produces 135kW and 240Nm (260Nm in overboost) and enables the Cooper S Paceman to accomplish 0-100km/h in 7.5 seconds. Average fuel consumption is rated at 6.6L/100km.

A six-speed manual transmission is standard on both models, while a six-speed sports automatic is also available as an option. Similar to the rest of MINI’s line-up, the Cooper S comes with a Sport button which sharpens the handling. 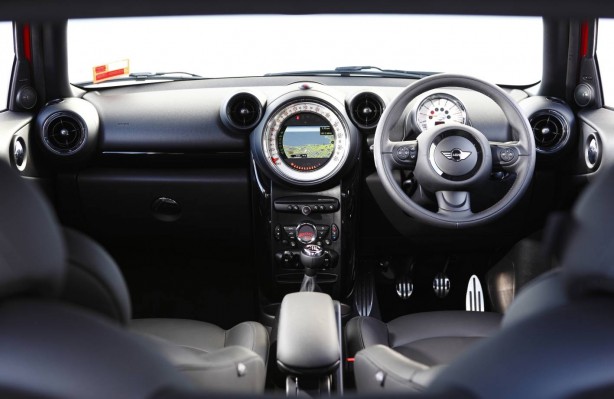 Both models are equipped with sports suspension, an electronic locking differential (EDLC), sports bucket seats, Bluetooth and USB connectivity, auto headlights and wipers. The Cooper S Paceman is set apart from its lesser sibling with a set of 17-inch black alloy wheels (against 16-inch) and stainless steel highlights in the cabin.

MINI states the Paceman offers up to 330 litres of boot space, increasing to 1,080 litres when the rear seats are folded.