One of the most striking cars to debut at the 2013 Geneva Motor Show is Pininfarina’s Sergio concept car. Although technically not a car manufacturer, Pininfarina is no stranger to the automotive world, having designed some of the most stunning cars on our planet. Think Ferrari 599 GTB and the Peugeot 406 Coupé.

The Sergio concept car was built to showcase the company’s latest design trends and talents, as well as to honour its late patriarch, Sergio Pininfarina, who led the company for 40 years.

With Pininfarina’s strong association with Ferrari, it comes as no surprise that the Sergio is actually built around a Ferrari, in this case, the 458 Spider, which incidentally, is penned by Pininfarina. 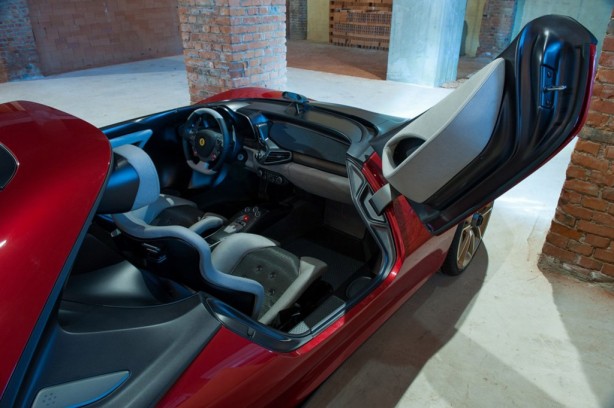 However, apart from the interior, you would be hard pressed to fathom the two cars had anything in common. The two-seat open top Sergio is set apart by it simple, yet elegant lines. The concept also conveys its link to Ferrari models from the 1960s via its bulging and sensual wings, inspired by sports and racing cars of that era.

Besides extraordinary to look at, most of the lines also serve a functional purpose in terms of aerodynamics. The dual spoiler up front helps provide downforce as well as channeling air to the brakes and engine intakes. The aerodynamic deflector in the front of the cockpit also creates a virtual windscreen through the deviation of airflow, shielding the passengers from turbulence.

Further back, the roll bar is designed as a wing surface, perfectly tuned to meet the airflow coming from the front, adding a further downforce effect. The aerodynamics attention to detail even extends to the rear-view mirror that takes on a fluid form. It helps divert air away from the heads of the passengers. 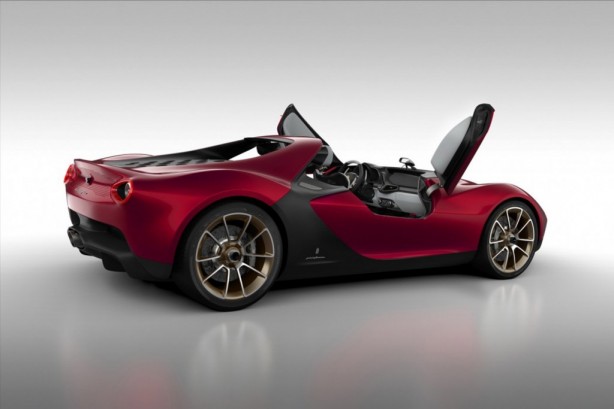 The reason for all these? The Sergio is designed to be driven fast, thanks to its Ferrari 458 Spider underpinnings. Underneath the vented mid-shift ‘bonnet’ lives a 4.5-litre V8 engine tuned to deliver 425kW of power and 542Nm of torque to the rear wheels.