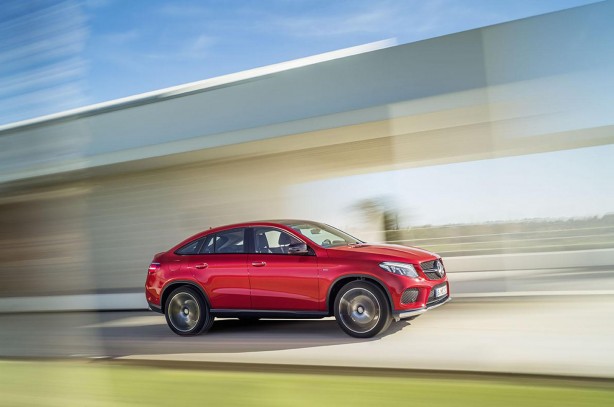 Mercedes-Benz has officially taken the wraps off the GLE Coupé.

Set to take on the venerable BMW X6, Mercedes says the GLE Coupé combines the “sporty nature” of a coupé, with the robust characteristic of a traditional SUV. We are still undecided whether we fancy the high-riding coupé’s styling but it sports a bulbous front fascia with a prominent three-pointed star on the grille. 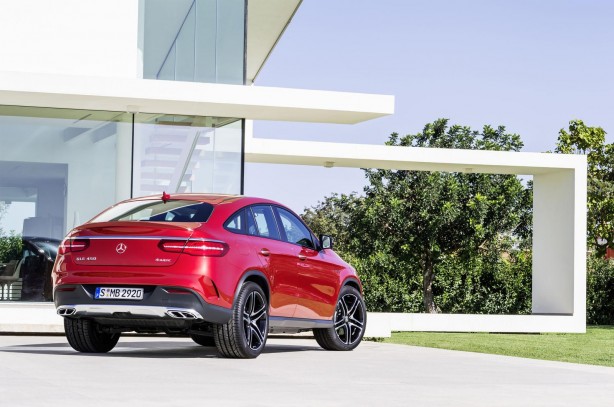 Like the X6, the GLE’s roofline mimics a coupé and drops away towards the back of the car. It gets distinctive rear lights that echo the styling of the S-Class Coupe, while the body cladding give imbues it with an SUV flavour. 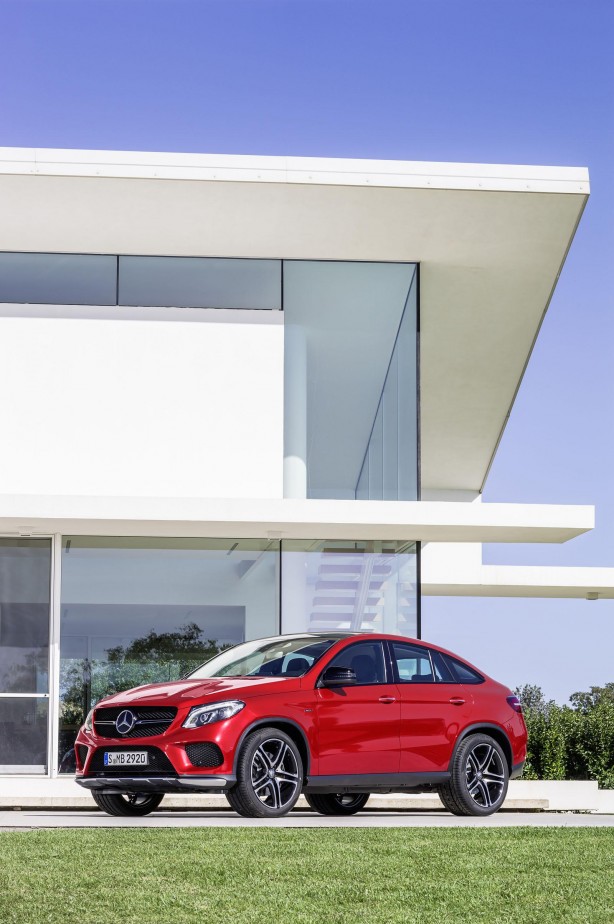 It gets an aggressive AMG body kit riding on 21-inch lightweight alloy wheels. AIRMATIC air suspension with adaptive dampers and an automatic lowering function, which reduces the ride height at higher speeds, are also standard.

The model gets a 9-speed automatic transmission with Dynamic Select system that comes with five specially-tuned modes: INDIVIDUAL, COMFORT, SLIPPERY, SPORT and SPORT+.

The Dynamic Select system not only modulates the “hard skills” such as the chassis and suspension, steering or powertrain. It is also tweaks various “soft skills” such as the engine sound, instruments or dynamic control of the driving lights which responds more spontaneously. 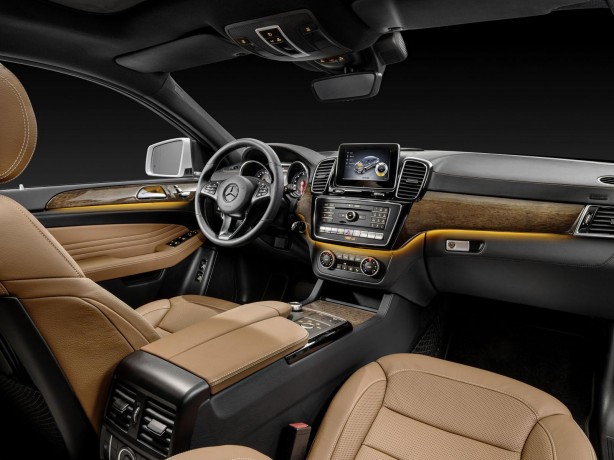 Inside, owners of the GLE 450 AMG can expect nappa leather seats, stainless steel pedals and carbon fibre trim with piano black accents, while the standard models get sports seats, a sport steering wheel and a new infotainment display.

The Mercedes-Benz GLE Coupé will make its official debut at the North American International Motor Show in Jan 2015. It is expected to launch locally in the 3rd quarter next year.