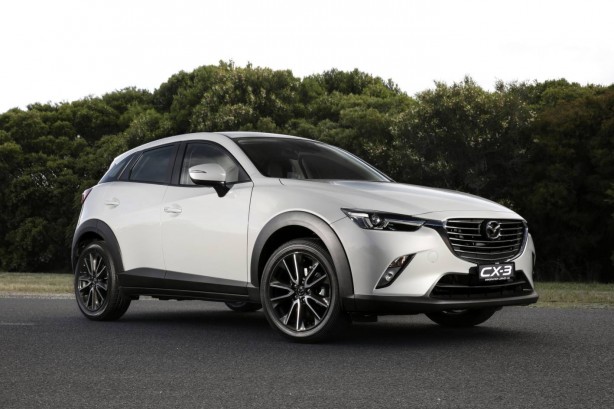 Mazda has revealed the specification of the all-new CX-3 compact crossover, which is scheduled to arrive in showrooms in the first half of 2015.

First appeared at last month’s Los Angeles Auto Show, Mazda’s entry-level SUV is the latest interpretation of the brand’s highly acclaimed  ‘KODO – Soul of Motion’ design language. With an overall length of 4,275mm and 2,570mm wheelbase, the CX-3 boasts flowing proportions that are not bounded by styling preconceptions for any particular genre or category.

The CX-3’s interior is largely based on the Mazda2, with a driver-oriented design based on the Mazda’s Heads-up Cockpit concept. On high-grade models, driving information is projected onto a clear display panel mounted vertically atop the instrument gauges. This is accompanied by a seven-inch display mounted onto the top of the dashboard and is viewable with only a 17.2 degrees downward movement of the eyes. 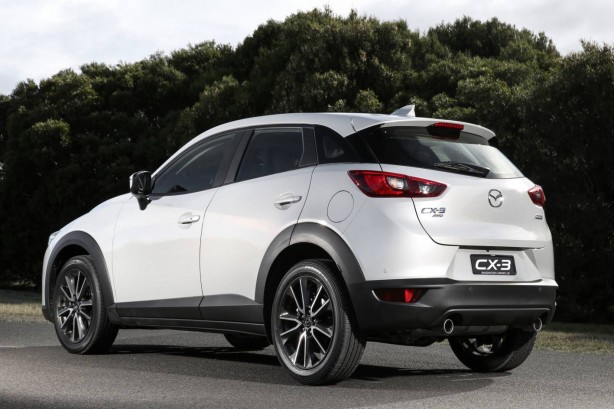 Riding on Mazda’s SKYACTIV-Chassis, which employs MacPherson struts in the front and a lightweight torsion beam rear suspension system with carefully tuned dampers to iron out vibrations and frictions, Mazda says the CX-3 offers a comfortably flat ride with sharp steering response.

The CX-3 also adopts the SKYACTIV-BODY, an architecture where straight beams are used wherever possible to achieve a lightweight body that features high rigidity and a sense of positive damping characteristics.

A concerted effort has been made to reduce Noise, Vibration and Harshness (NVH) levels in the CX-3 for a quieter cabin. This included the use of CAE analysis technology to fine-tune the shape of every bead on the panels in millimeter increments.

Attention to all design details went as far as considering the driving conditions to which the car will be exposed, including the travelling time and speed, the ambient temperature and altitude, as well as its interaction with the equipment features. 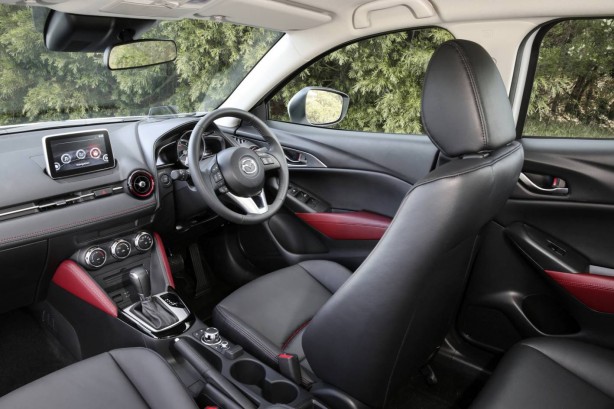 At launch, the CX-3 will be offered with two engine options. The SKYACTIV-G 2.0-litre four-cylinder direct-injection petrol engine develops 109kW and 192Nm, with average fuel economy rated at 6.0L/100km.

Both engines feature intake and exhaust valve timing and can be matched with either a six-speed automatic or manual transmission.

Available for the CX-3 is the new-generation AWD system which employs the active torque control coupling first used on the Mazda CX-5. The system actively distributes power between front and rear axles.

The SUV also features power take-off, rear differential and front-wheel slip detection, the latter a world’s first. This system makes it possible to detect slippery conditions when the driver tries to put the car in motion on an incline that is covered in ice, water or snow and distributes drive power to the rear wheels the instant the driver presses the accelerator pedal.