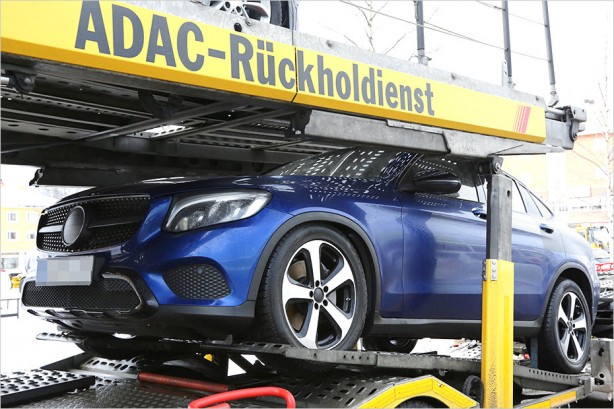 A Mercedes-Benz GLC Coupe has been spotted on board a transporter in Germany ahead of its global debut at the New York Auto Show next week.

It’s the first time the GLC Coupe production model ventured out into the wild almost undisguised. Looking remarkably similar to the GLC Coupe concept Mercedes first showed us back in 2014, the GLC Coupe sports a sloping roof line, short overhangs and sculpted panels.

The crossover will slot below the larger GLE Coupe with engine line-up largely mimicking the C Class. Targeting the BMW X4, the GLC Coupe will feature a range of petrol and diesel powertrains, all driving through a 9-speed automatic transmission and 4Matic all-wheel drive system. A high-powered flagship AMG version is expected to join the line-up further down the track.

Check out also the GLC Coupe teaser video below released by Mercedes in the lead up to its global premiere. 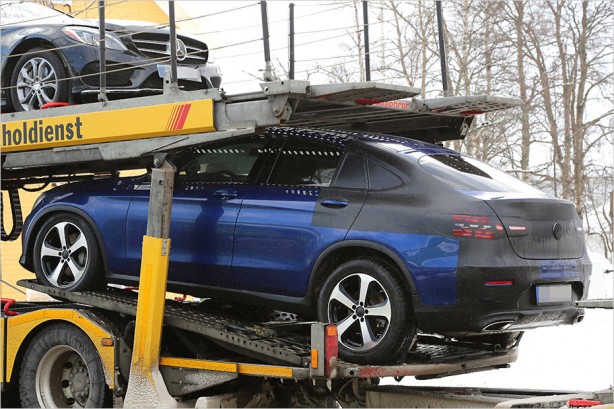