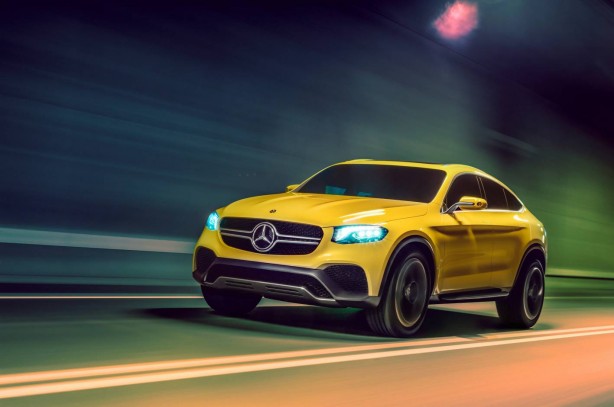 After a couple of teasers, Mercedes-Benz has officially unveil the Concept GLC Coupe, a preview of the brand’s upcoming rival to the BMW X4.

Set to premiere at the Shanghai Motor Show in just a few hours, the Concept GLC Coupe is a near-production-standard study that carries the successful GLE Coupé formula over into a more compact segment.

The concept features a twin-blade radiator grille, powerdomes on the bonnet and a four-pipe exhaust system. It rides on enormous 21-inch tyres.

Gorden Wagener, Head of Design at Daimler AG, puts it in a nutshell: “With its modern and sensual design idiom, the Concept GLC Coupé gives a foretaste of future SUV models from Mercedes-Benz. At the same time, it embraces the typical values of tradition-steeped Mercedes-Benz coupés”. 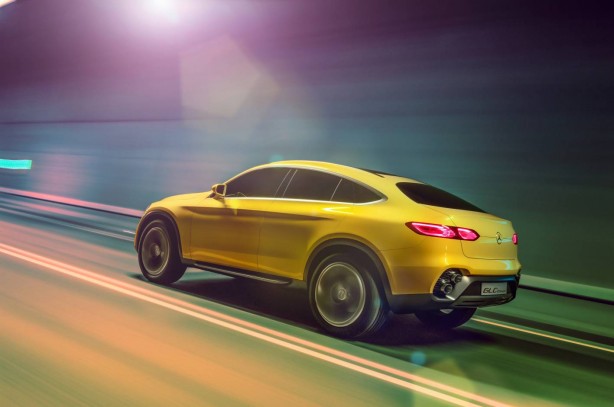 Based on the second generation Mercedes GLK (set to be renamed to GLC), the concept measures 4.73 metres long and has a 2.83-metre wheelbase. Its off-road potential is indicated by the front and rear underbody protection, increased ground clearance and side running boards.

Under the sculpted bonnet is a twin-turbo 3.0-litre V6 producing 270kW (367hp) and 520Nm (384 lb-ft). The engine is paired with a 9-speed automatic transmission sending power to all four wheels through the 4MATIC all-wheel-drive system.