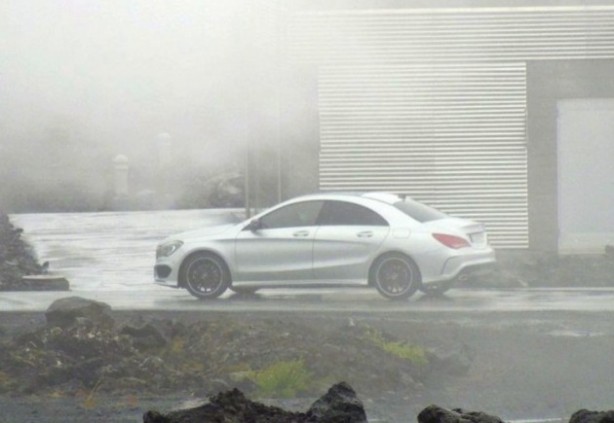 Mercedes-Benz will unveil its latest four-door coupé, the Mercedes-Benz CLA at the 2012 North American International Auto Show in Detroit in January.

As you may have guessed from its name, the CLA is the smaller brother of the current CLS and features a similarly swoopy roofline.

The photo you see here was captured while the CLA was out modelling for a photoshoot, wearing a sporty AMG body kit.

The new CLA shares its MFA platform with the latest A-Class and B-Class. This means it will share most of those models’ drivetrain, including their front- and all-wheel drive setup.

An AMG version, likely to be known as the CLA 45 AMG, is also expected. It will feature the same 2.0-litre turbocharged four-cylinder engine as the upcoming A45 AMG, which produces 260kW (350hp) of power and 450Nm of torque. Drive is likewise sent to all four wheels via a seven-speed dual-clutch transmission.

The new CLA 45 AMG will reportedly make its world debut at the 2013 Frankfurt Motor Show in September.