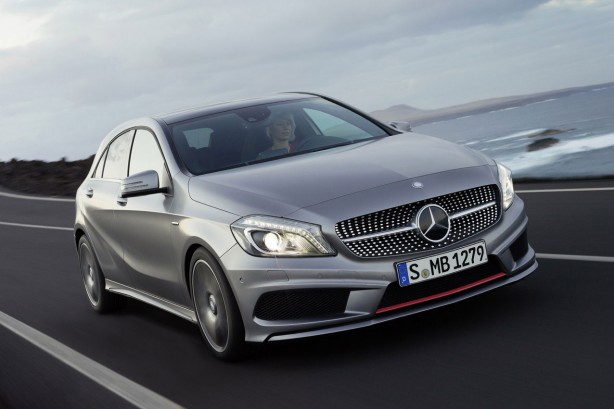 Mercedes has finally announced key performance figures of the new A45 AMG. Stuttgart’s answer to the BMW 1 Series M Coupe and Audi RS3 will be packed with 350 horsepower (260kW) and 450 Nm of torque (332 lb-ft). That’s a higher output per litre than a Porsche 911 GT3!  Power is sent to all four wheels via a seven-speed dual clutch gearbox. 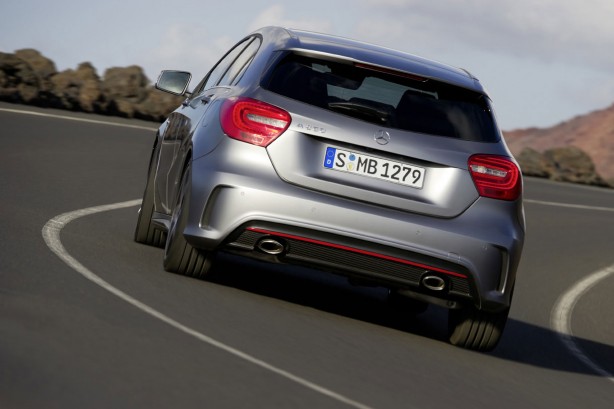 Unlike its bigger engine rivals (1M Coupe: 3.0 litre, RS3: 2.5 litre), the A45 AMG will be powered by a 2.0 litre four-cylinder turbocharged petrol engine. Despite having the smallest engine in the segment, Mercedes’ first serious hot-hatch launches from 0 to 100 kph in a blistering 4.6 seconds and continues on to an unlimited top speed of 280 kph.

The A45 AMG is expected to arrive in Australia around mid 2013 following the launch of the new A-Class in early 2013.