Mercedes-Benz A45 AMG unveiled ahead of Geneva Motor Show 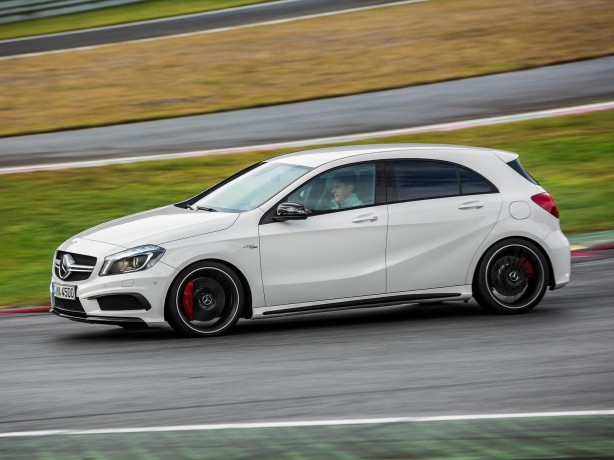 The hottest Mercedes-Benz A-Class has been unveiled. Set to make its official debut at the 2013 Geneva Motor Show, the A45 AMG will arrive in showrooms in Europe in April.

We already know the smallest AMG in the Mercedes range is equipped with a powerful, hand-built 2.0-litre, four-cylinder turbocharged (twin scroll) engine that generates 265kW at 6,000rpm and 450Nm of torque between 2,250 – 5,000rpm. The twin-scroll technology provides for a more spontaneous build-up of charge pressure, making effective use of exhaust gas back pressure, exhaust gas temperature and exhaust gas impulse. This results in a swifter build-up of torque right from the lower rev range. 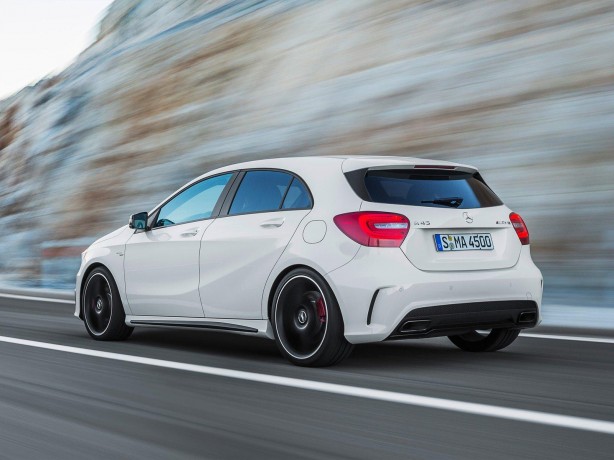 Power is transferred to all four wheels via a 7-speed dual-clutch transmission with Race Start function It features key software modules that have been adopted from the SLS AMG super car, with its inspirational power transmission concept. The A45 AMG accomplishes the 0-100km/h dash in 4.6 seconds, and on to an electronically limited top speed of 250km/h. 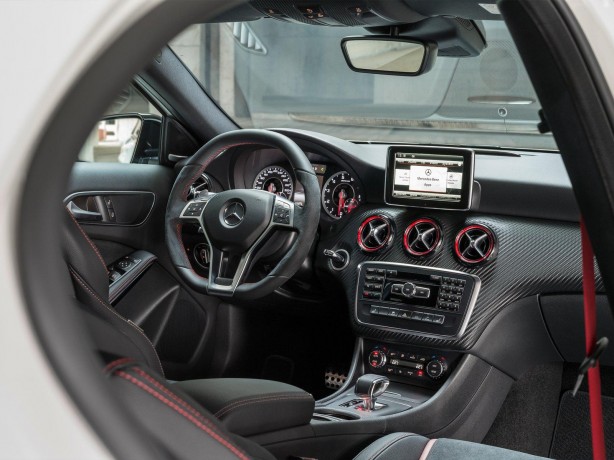 Inside, the all black interior is highlighted with lashings of red and carbon fibre trim, while a pair of tombstone front seats covered ARTICO man-made leather/DINAMICA microfibre with red contrasting topstitching cacoons the driver and front passenger.

We’ll bring you more details as the car is unveiled next month, including full specifications.

Just last week, Volkswagen teased us with the next-generation Mk8 Golf GTI, today we get …