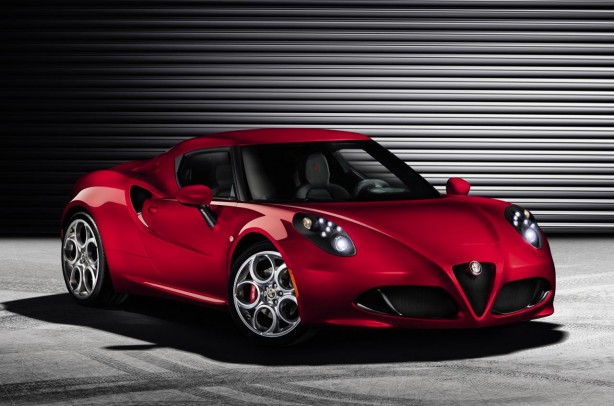 Alfa Romeo has unwrapped the production version of the Alfa Romeo 4C sports car ahead of its official debut at the 2013 Geneva Motor Show.

The 8C ‘mini-me’ measures under four metres in length, 118cm high, and is lighter in weight as well. It sits on a wheelbase of less than 2.4 metres and is powered by a new 177kW 1.75-litre turbocharged four-cylinder engine that is based on the one currently used in the Giulietta Quadrifoglio Verde. The all-aluminium engine features special intake and exhaust systems, as well as a lag-free turbocharger with revolutionary scavenging control system. 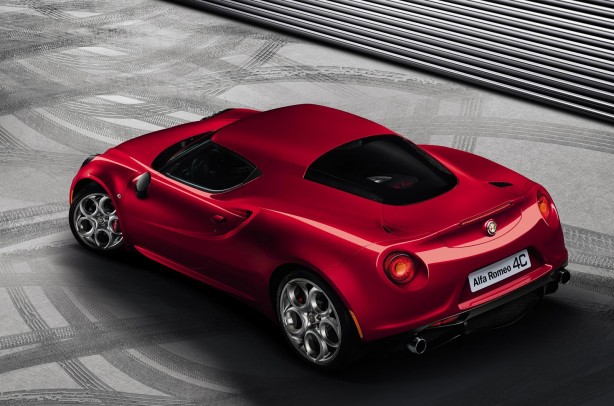 Although the two seater’s specific weight has yet to be revealed, the new 4C’s chassis is made entirely of carbon fibre and the car could tip the scales at under 1,000kg. Alfa says the car offers a power-to-weight ratio of under “4kg:1hp” – a figure that will put some of today’s supercars to shame. 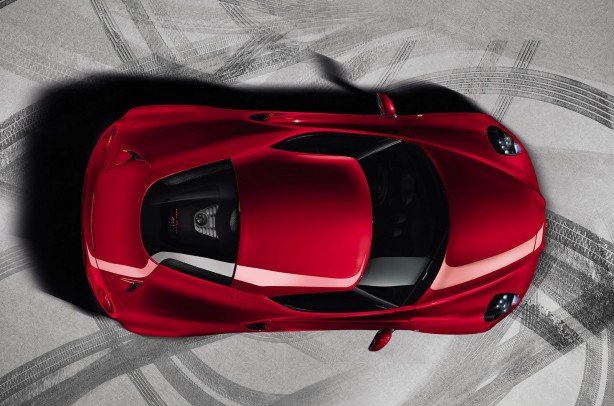 In a statement released during the announcement of the car, Alfa Romeo said:

“Designed by Alfa Romeo engineers and produced in the Maserati plant in Modena, the new compact supercar will be available for purchase in 2013, marking the return of the Italian brand to the United States and inaugurating Alfa Romeo’s global growth plan.”

The local arm of the Italian company has yet to announce the 4C introduction date into Australia, but it is likely to land at the end of 2013 or early 2014.

Previous Honda Civic Hatch Diesel arriving in April from $26,990
Next Mercedes-Benz A45 AMG unveiled ahead of Geneva Motor Show