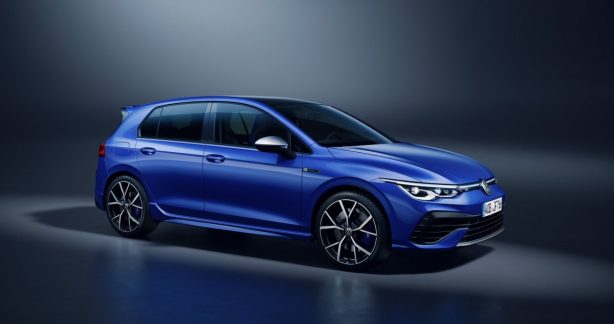 The 2021 Volkswagen Golf R continues with its predecessor’s tried and tested formula – a potent turbocharged engine matched with an all-wheel-drive system.

Powering the flagship Golf is a tweaked version of the outgoing model’s 2.0-litre ‘EA888’ turbocharged four-cylinder engine churning out 235kW of power and 420Nm of torque – an increase of 22kW/40Nm.

Power is transferred to all four corners via a choice of six-speed manual or seven-speed dual-clutch transmission, although the former is limited to North American markets at launch, with Europe getting the DSG only. 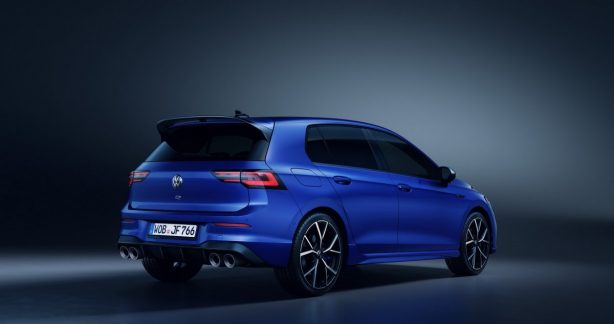 The Haldex-type all-wheel drive system now features R Performance Torque Vectoring that allows up to 100 per cent of the engine’s torque to be distributed between the front and rear axles, or between each individual rear wheels.

According to Volkswagen, the Golf will rush from 0-100km/h in just 4.7 seconds before hitting a limited top speed of 250km/h.

The European-spec car you see here is equipped with the optional ‘R Performance’ package, which brings 19-inch wheels wrapped in Michelin Pilot Sport Cup 2 performance rubber (replacing the standard 18-inchers), derestricted top speed of 270km/h and a larger roof-mounted spoiler that is said to increase downforce. 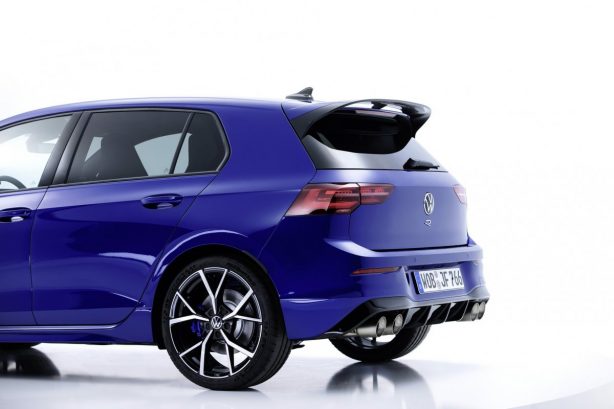 The package also adds two new drive modes on top of Comfort, Sport, Individual and Race modes. Drift mode distributes a greater amount of torque to the rear axle to break traction and enable controlled drifts, while Special mode is specifically tailored for those who wish to tackle the Nürburgring Nordschleife. It softens the adaptive dampers to cater for the undulating surface of the German circuit, enabling the Mk8 Golf R to shave 19 seconds off its predecessor’s lap time to 7 minutes 51 seconds.

The new Golf R’s sits 20mm closer to the road, thanks to the retuned suspension with 10 per cent stiffer springs, revised control arms and wheel mounts. There is also unique anti-roll bars and increase negative front camber for better agility.

Stopping power comes courtesy of 358mm discs clamped by two-piston aluminium calipers up front, which are 60 per cent lighter. They shave 1.2kg off the unsprung mass of the car’s kerb weight, with a further 3kg loss thanks to the lighter aluminium subframe. 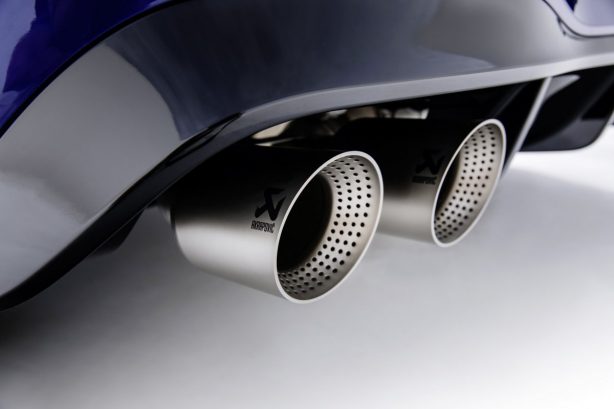 Like its predecessor, the new Golf R comes with variable sports steering, while a 7kg lighter Akrapovic exhaust system is also offered as an option. 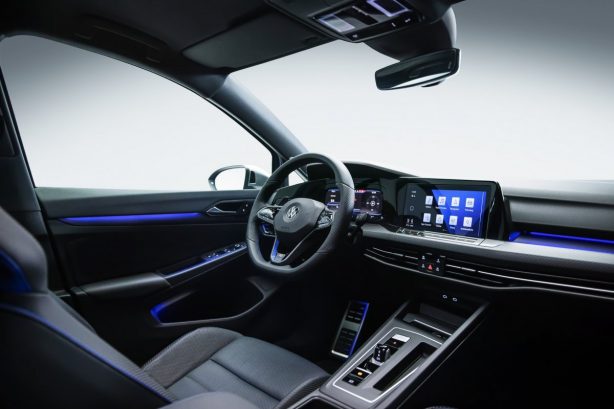 Ahead of the driver is a 10.25-inch digital instrument cluster with R-specific displays and a 10-inch infotainment touchscreen.

The 2021 Golf R will reach European showrooms in the coming months but Australian customers will have to wait until 2022 to get their hands on the flagship hot hatch.