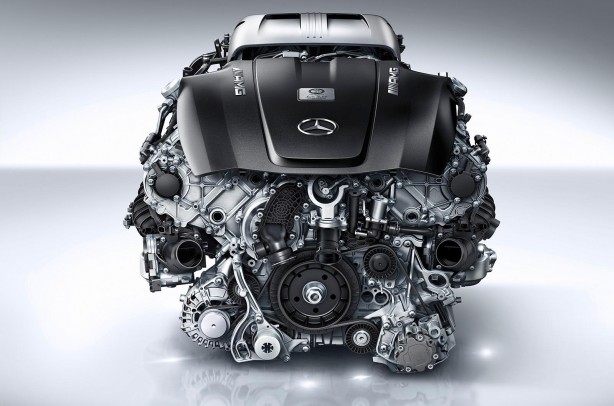 We have seen the interior, we have watched the teaser video, and now the beating heart of the upcoming Mercedes AMG GT has been fully disclosed.

Codenamed M178, the Euro 6-compliant engine weighs just 209 kg thanks to lightweight pistons and twin overhead camshafts. The flow-optimized cylinder heads feature zirconium alloy for optimal temperature and thermal conductivity. The cylinder walls have been coated with a nano material to reduce friction. 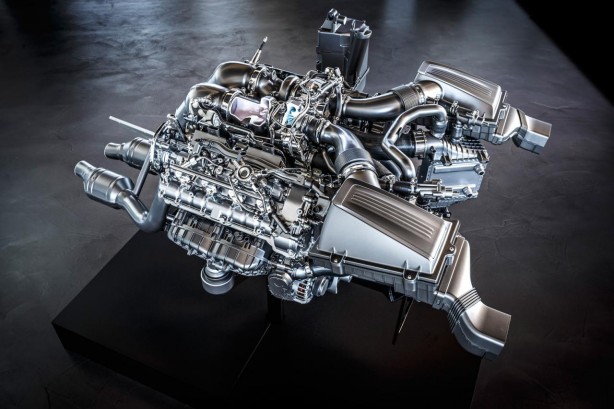 The engine also employs dry sump lubrication technology, which means an oil pan is no longer needed. As a result, AMG was able to position the engine 55mm closer to the ground, which in turn lowers the centre of gravity of the powerplant.

To make the engine more compact, AMG installed the two turbo-chargers in the ‘V’ between the cylinder heads, a know-how gained from motorsport.

The new forced-fed V8 will replace the aging naturally aspirated 6.2-litre V8 currently found in most of the company’s AMG models, including the C63 AMG. 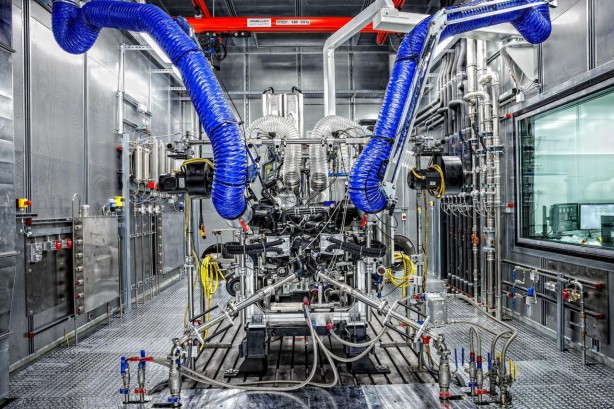 According to AMG, the AMG GT embodies the best of all AMG has ever done, wrapped in one package. It is set to sit beneath the SLS AMG and become the firm’s ultimate performance machine before the next-generation SLS AMG is released a few years down the track.

The Mercedes-AMG GT is expected to be unveiled at the Paris Motor Show this year, before hitting Australian shores in 2015. 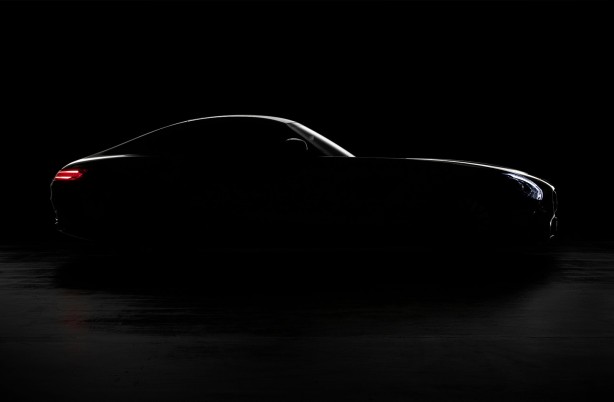