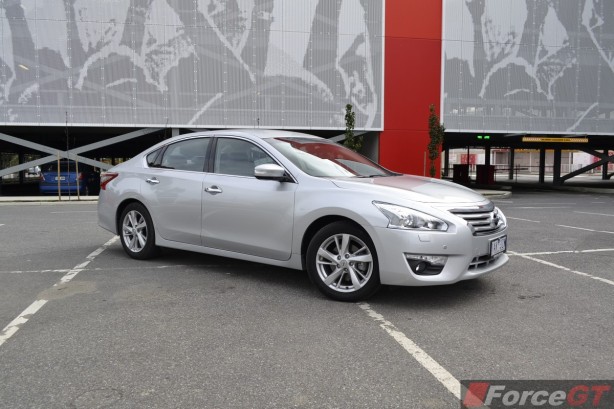 While sharing the same name and a largely similar body, the two couldn’t be more different. The road-going Altima is offered with a choice of two petrol engines – a 2.5-litre four-cylinder and a 3.5-litre V6, whereas the car Rick and Todd Kelly punt around in has a 5.6-litre Nismo-developed V8 that drives the rear wheels.

So, while it doesn’t have the sex appeal of its racetrack counterpart, does the all-new Altima fulfill its brief as a family sedan?

Completely redesigned from the ground up, the 2014 Nissan Altima replaces the outgoing Maxima as Nissan’s appealing mid-size family sedan. It certainly looks sharper and more contemporary than the car it replaces, with tauter surfaces and less slab sided. 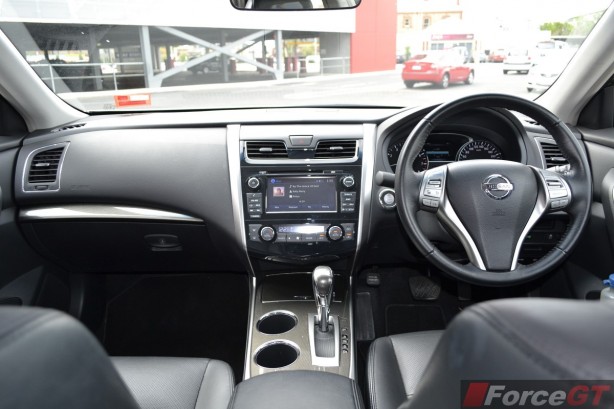 Inside, it is a big step up in interior materials and quality with the old model’s IKEA table-like fake wood paneling largely banished. The upper dashboard feels nice and soft while the door trims are similarly pleasant.

On the contrary, the silver plastic on the steering wheel and part of the centre console fails to lift cabin ambience as they look and feel cheap. 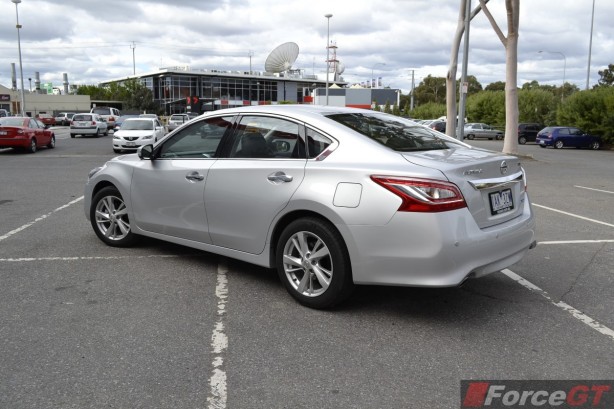 What the Altima does really well is supplying plenty of real estate to its occupants. The seats are wide and comfortable, with the rear easily accommodating three average sized adults. There are plenty of useful storage spaces dotted around the cabin as well.

While the Altima is equipped with 60/40 split folding rear seat backs, they are tedious to operate. To release the backrests, you first have to make sure they are unlocked. Then you have to push a button to release the 60 side. You will then have to get out of the car and go around to the boot to pull another release lever to fold down the 40 side!

Why can’t we have just one button like most other cars, Nissan? 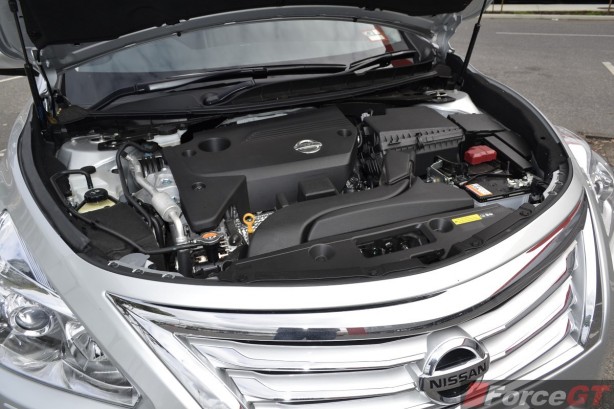 Our ST-L test car is equipped with a 2.5-litre four-cylinder petrol engine generating 127kW @ 6,000rpm and 230Nm @ 4,000rpm. It is matched with a continuously variable transmission – the only transmission on the local Altima – that sends drive to the front wheels.

The CVT supplies a manual shift mode and give you 7 programmed “gears” to give the driver a sense of added control over power delivery.

While it isn’t as quick off the line compared to the thirstier V6, it does deliver adequate power for everyday suburban driving, with the CVT working smoothly to transfer power to the wheels.

Accelerate hard though and the powertrain drones loudly, which is typical of CVT transmission.

Nevertheless, it pairs surprisingly well with the powerplant as it keeps the engine in the optimum power and torque band regardless of how fast the vehicle is going. This is especially obvious when going up hill where the car hardly feels out of breath, a sensation that is no doubt aided by the good throttle response.

Nissan has also successfully tuned the engine for a surprisingly sporty note. 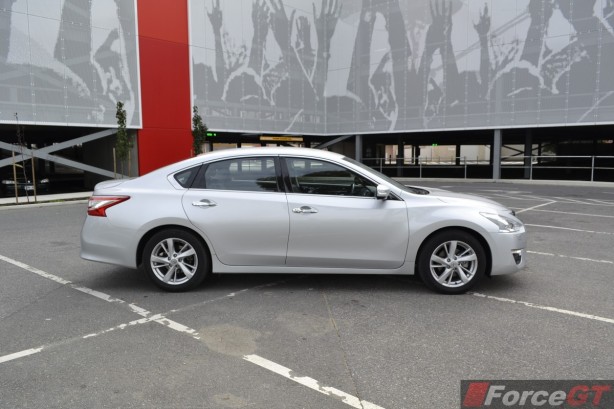 While we have little to complaint about the drivetrain, the same can’t be said about the car’s steering. On centre feel is basically non-existent, and the steering is too light. It doesn’t get any better off-centre either, where it is essentially lifeless and tells the driver nothing about the road surfaces.

It is pretty much a guessing game with the Altima’s tiller. You never know when the car is about to lose its grip or if the tyres were tramlining on grooved surfaces.

It’s a shame because in all other respects, the Altima is unexpectedly accomplished, from its suspension tuning to brake pedal feel and the car’s handling. Its body roll is well suppressed and there is good grip from its 215/55 R17 Michelin Primacy LC tyres.

Ride quality is also commendable, with little road or tyre noise intruding into the cabin. 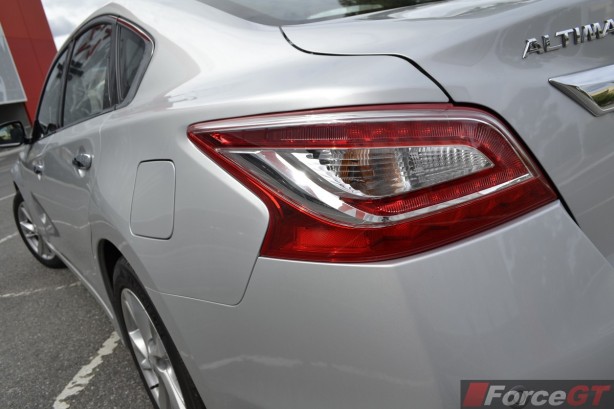 As we have all come to expect from the Japanese maker, the Altima will last you a long time if treated well. Fit and finish is up to class standards, while the brand’s 3 years/100,000km warranty will take care of the unexpected. 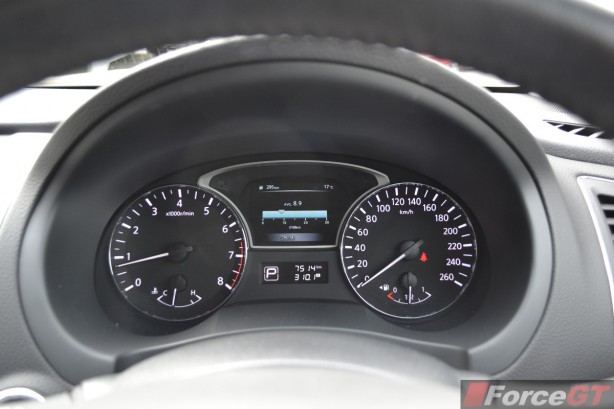 You won’t be setting the streets alight with the 2014 Nissan Altima, both in looks and performance. However, it does a commendable job as a family sedan. It is quiet, comfortable and relatively fuel efficient (in four-cylinder guise).

It is also well equipped and should be shopped against more established models like the Toyota Camry.