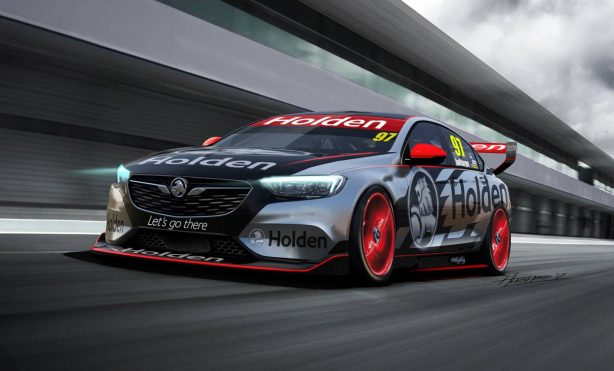 Holden has unwrapped its next-generation Commodore Supercar concept, which will debut at the Virgin Australia Supercars Championship in 2018.

“What an incredible-looking race car, it carries on the tradition of Commodores looking awesome on and off the track and ushers in a new era for our brand,” Holden’s Executive Director – Marketing, Mark Harland said.

“I can’t wait to see it out on the track claiming race wins next year.”

In releasing the Supercars concept, Holden has also confirmed the next-gen Commodore will be homologated with the current, successful V8 engine for the 2018 season only.

Triple Eight Race Engineering will seek approval from Supercars to run a V6-powered Commodore as a wild card entry at selected rounds next season before a full rollout for the 2019 season.

The V6 engine will then be accessible to all Holden teams via a favourable leasing program.

According to Holden, the staggered introduction ensures a greater ease in transition to the new model Commodore bodywork for all Holden teams.

It also allows Holden and Triple Eight Race Engineering to assist Supercars’ technical department with development of its programs ensuring the turbocharged V6 can achieve parity with the existing, naturally aspirated V8s.

This will maintain the competition’s integrity with the introduction of Supercars’ new Gen 2 regulations.

“Our sport prides itself on Supercars being the closest competition in the world, and the phased introduction of the next-generation Commodore will ensure that is maintained,” Triple Eight Race Engineering team principal, Roland Dane said. 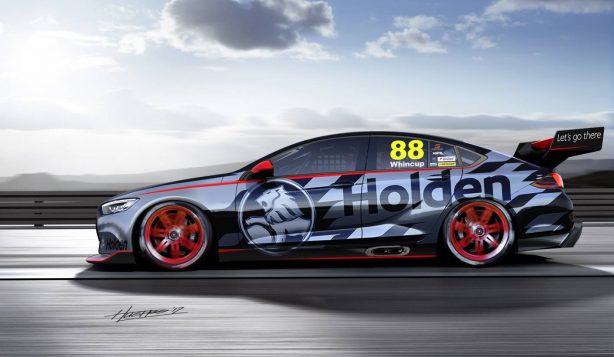 “It is a pragmatic and sensible approach by Holden and Triple Eight Race Engineering in introducing the new Commodore and a twin-turbocharged V6 powered engine to the sport,” Warburton said.

“Importantly it is a win for all the current Teams in terms of the simplicity and market relevance for an easy transition to the new Commodore in 2018.

“This phased introduction sets a clear path forward for not only Holden but existing and new manufacturers in the sport.”

Development of the new Commodore Supercar continues, with construction of the first car well underway and ready to undertake Supercars Aero Validation in the fourth quarter of 2017.

Previous Vilner gives Lamborghini Huracan’s interior a “Verde Mantis” treatment
Next Confirmed: Mitsubishi Evolution will be back!… as an SUV