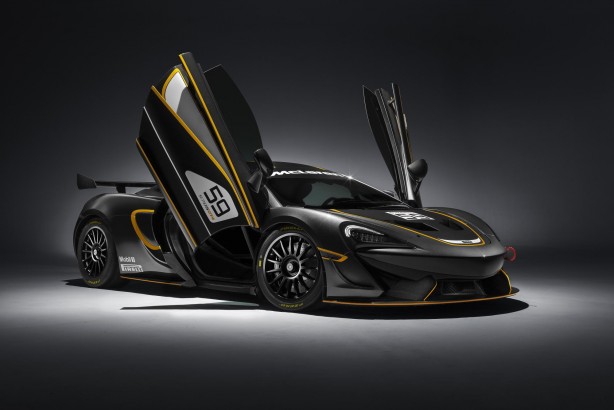 Hot off the presses we bring you two new additions to McLaren’s track-dedicated Sports Series; the 570S GT4 and 570S Sprint.

For now, McLaren has only released information on the GT4 guise with the company remaining tight-lipped surrounding details of the 570S Sprint. We do know however that the sprint is intended for private/non-professional track use, with an option offered to convert the vehicle to full FIA GT4 specification.

McLaren were more forthcoming about the GT4 variant, announcing that it will be the first vehicle in its class to be built with the carbon fibre MonoCell II chassis. The race-derived chassis will bring immediate benefits in the form of increased rigidity and weight savings. 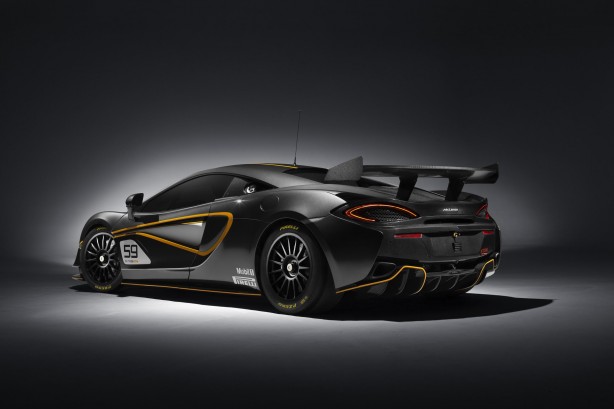 The GT4 variant focuses purely on lap times, with the 570S featuring a unique aerodynamic package including a GT4-spec high-level adjustable rear wing, a larger front splitter and re-profiled floor assembly. An additional radiator now sits below a GT3-inspired bonnet with radiator exit ducts. These upgrades are designed to optimise the aerodynamic performance while also keeping the vehicle cool, allowing it to perform in the harshest race conditions globally.

Both 570S variants will carry over the 3.8-litre twin turbo V8 engine as installed on the road-going series. Both will also come mated to a seven-speed SSG gearbox sending 419 kW to the rear wheels. The interior has been mostly gutted and instead replaced by a roll cage, fire suppression system and other key racing components. 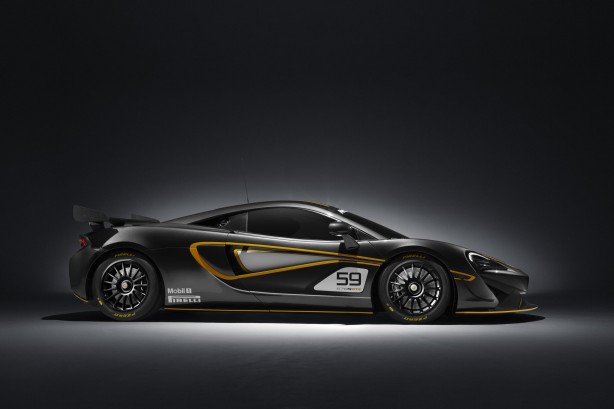 The GT4 will ship with a set of 18″ OZ cast magnesium staggered wheels with the fronts 9″ and rear 11″ wide. The wheels will be wrapped in a set of Pirelli racing slicks.

The 570S GT4 will make its public debut on the weekend of the 16th of April, appropriately aligning its launch with the opening round of the British GT Championship. Going forward, it will be eligible for all GT4 homologated championships globally from the 2017 season, and is priced from $302,350.

McLaren announced the 570S Sprint will be revealed in coming weeks.