McLaren 570S totalled after crashing into house in the U.K. 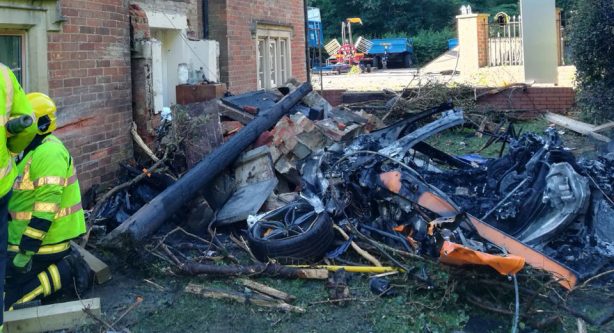 A McLaren 570S has completely disintegrated after a severe crash in the U.K. over the weekend.

According to the BBC, the crash happened near the county of Wiltshire where the supercar first crashed into an electrical pole before slamming into the side of a brick house. As you can see from the pictures, the wall of the house then collapsed onto the car and the car burst into flames. 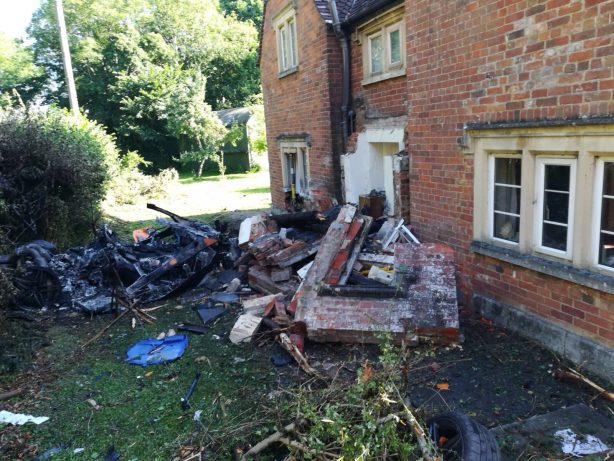 When interviewed by the media, Damien Bence from the Dorset and Wiltshire Fire and Rescue said: “Prior to hitting the building it snapped an electric pole in half, and forced the top half of the pole through the window of the house,” he said.

“We were confronted with a live electrical cable which was strewn across the highway so crews had to negotiate their way through part of a wood in order to get to the incident.” 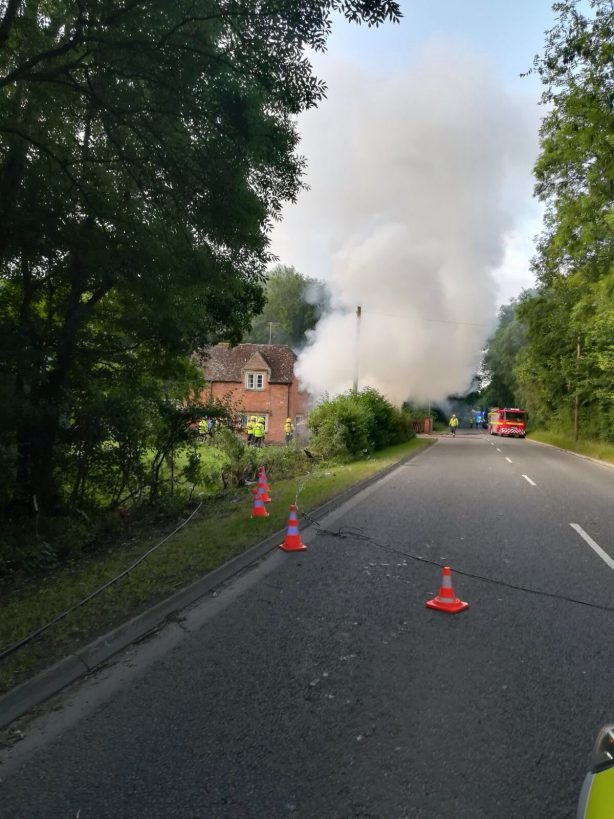 Amazingly, the occupants of the formerly orange McLaren walked away from the scene without serious injuries.