According to reports, the Japanese manufacturer is just weeks away from revealing the ground-breaking ‘sparkless’ ignition technology that will see first use in the next-generation Mazda3 due in late 2018.

The revolutionary Homogeneous Charge Compression Ignition or HCCI engine uses ultra high compression ratio – as much as 18.0:1 – in a petrol engine to initiate combustion without the use of spark plugs, just like in a diesel engine. The lean-burn process is claimed to produce more efficient combustion, which reduces fuel consumption and emissions. It’s said to improve fuel efficiency by up to 30 per cent, sipping as little as 3.5L/100km and releasing no more than 95g/km in emission for a 2.0-litre engine, with no compromise in engine performance.

The new HCCI engines, which will adopt the SKYACTIV II classification, will be gradually rolled out across the company’s future model line-up, starting with the new fourth-generation Mazda3, followed by the next-generation Mazda6 and Mazda2.

The company’s CX-3, CX-5 and CX-9 crossovers will also adopt the new technology in their respective replacement models, with the CX-9 seven-seater receiving an HCCI-equipped version of the current-generation’s 2.5-litre turbo petrol engine. The HCCI turbo 2.5L four-pot will also power a slew of new generation MPS models which Mazda will introduce post 2020. The high performance line-up is said to be the most comprehensive ever in the company’s history and is expected to include the Mazda3, Mazda6 and CX-5.

As part of its sporty revival “master plan”, Mazda will also release a born-again rotary-powered HCCI-equipped sports car – the long rumored successor to the cult RX-7 coupe from the 1990s – by the end of the decade. The brand’s next-generation MX-5 Roadster, due around 2021, will also receive the HCCI treatment.

Mazda is also set to introduce its first all-electric car by 2020, followed by the brand’s first plug-in hybrid which will use an HCCI rotary engine as its range-extender. 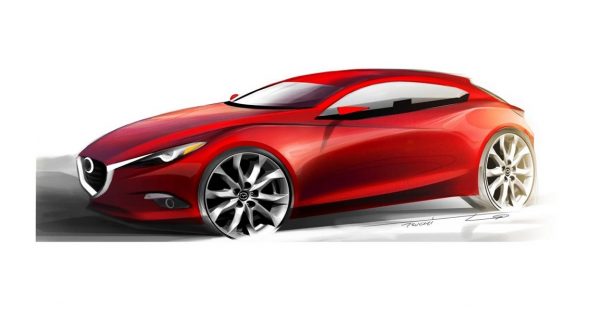