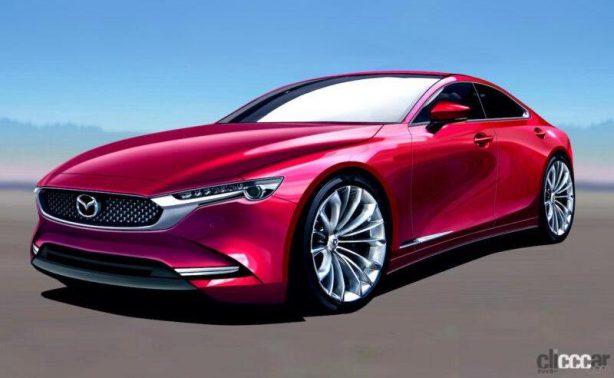 Mazda’s push towards a premium brand will start with the company’s mid-size Mazda 6 sedan. The next-generation model will transition from a front-wheel drive format to rear-wheel drive, signalling Mazda’s intention to pit the 6 against the likes of Genesis G70, Lexus IS and to a certain extend the German trio of BMW 3 Series, Audi A4 and Mercedes-Benz C-Class.

Set to replace the current model of nearly 10 years in late 2022, the next-gen Mazda 6 will be introduced as a part of Mazda’s 5-year electrification road map, in which the company plans to launch no fewer than 5 part or fully electrified models.

According to a report by Japanese publication Clicccar, the new Mazda 6 will debut a range of newly developed 6-cylinder powertrains, each with some sort of electrification. A 3.0-litre in-line 6-cylinder turbocharged petrol engine will be paired with a 48V mild hybrid system to deliver high output without the associated thirst. For even thriftier fuel use, a 3.0-litre in-line 6-cylinder turbo diesel plus 48V mild hybrid will also be offered.

The pair of mild hybrid models will be later joined by a petrol plug-in hybrid variant with an electric-only range of around 60km.

Expect the first prototype of the new Mazda 6 to surface in the second half of 2022.

Previous Polestar 2 vs Tesla Model 3: Price and Spec Comparison
Next The Subaru WRX Sportswagon is back!