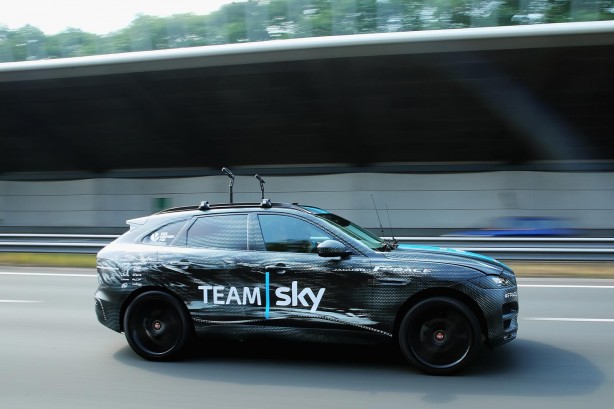 Jaguar’s first-ever SUV, the Jaguar F-PACE has broken cover today as the support vehicle for Team Sky on Stage One of the Tour de France in Utrecht, The Netherlands. 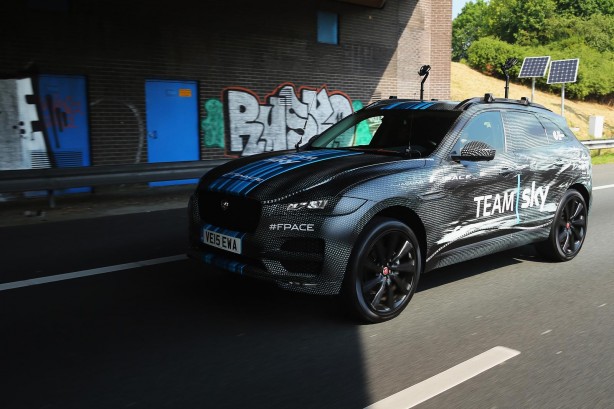 The F-PACE shed its hard camouflage for the first time in public and instead wears a specially created wrap, hinting at the final design of the car, which will be unveiled fully at the Frankfurt Motor Show. 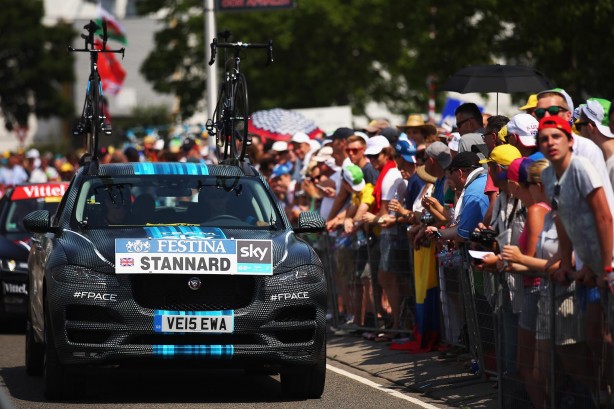 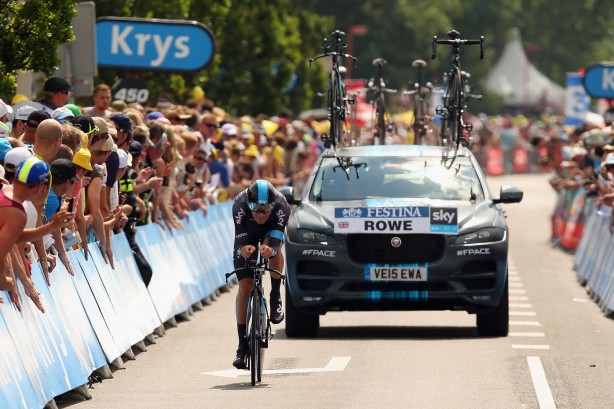