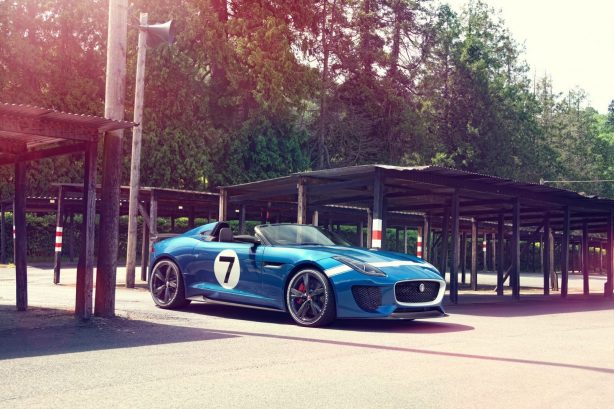 Jaguar has taken the veil off the new Project 7 ahead of its official debut at the Goodwood Festival of Speed. The Project 7 is a one-off design study based on the Jaguar F-Type roadster.

Created by a team led by Jaguar’s Director of Design, Ian Callum, the Project 7 takes inspiration from the acclaim D-type racer from the 1950s that took out the victory three times in the Le Mans 24-hour race. The car’s name is also a nod to Jaguar winning the race seven times between 1951 and 1990.

“Project 7 is a single-seater sports car based on the F-Type, with the kind of racing-inspired form that designers dream about,” said Callum.

“It has one purpose: to be driven fast and enjoyed. Jaguar sports cars are known for exceptional performance and clean design. Project 7 captures that spirit in its purest form.” 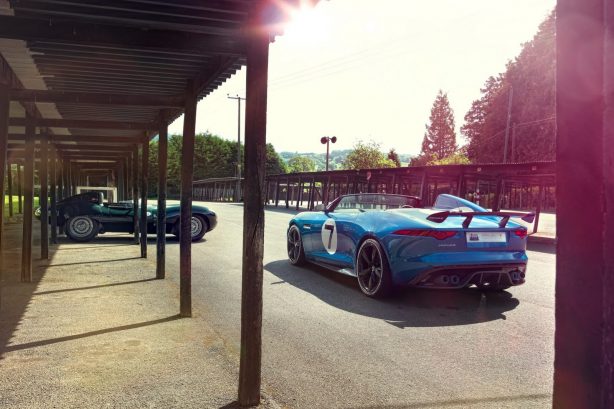 To create the Project 7, the team removed the F-Type roadster’s fabric roof and replaced it with a D-Type-inspired rear fairing section that integrates a rollover hoop behind the driver. They also cut down the windscreen and added race-inspired livery and the number 7.

To improve the racer’s aerodynamics, Jaguar installed a carbon fibre front splitter, side skirts, a bigger rear diffuser and a fixed rear spoiler with a 14-degree angle of attack. The stock wheels are replaced with a set of 20-inch Blade forged-alloy wheels with carbon-fibre inserts. Other modifications include side louvres, bonnet vents and side mirrors made from carbon-fibre. 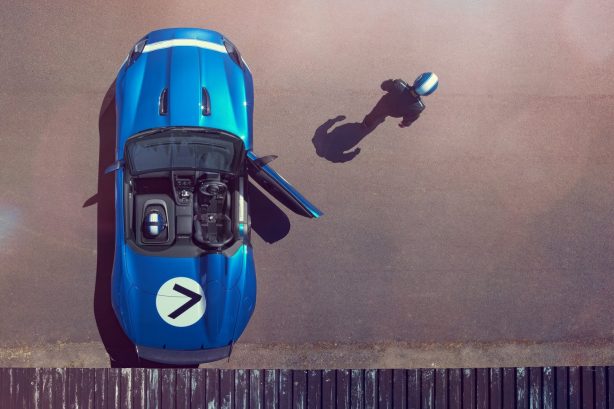 Step inside, the quilted, racing-style diamond pattern leather upholstered driver’s seat has been lowered by 30mm, while the passenger seat has been completely deleted and replaced with a helmet holder. More carbon-fibre can be found on the console and SportShift lever. Elsewhere, machined aluminium paddles on the steering wheel are used to control the car’s 8-speed automatic transmission.

Underneath the bonnet, Jaguar engineers tweaked the F-Type S’ 5.0-litre supercharged V8 to produce an extra 40kW and 55Nm, taking the total output to 404kW and 680Nm. As a result, the Project 7 takes just 4.1 seconds (0.1 seconds quicker than the F-Type S) to reach triple digits and tops out at 299km/h. 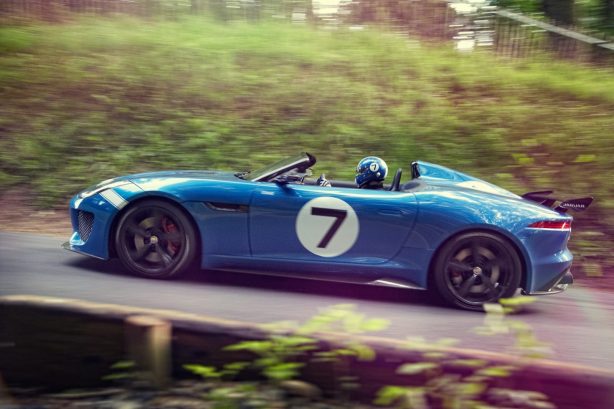 Jaguar has no intention of putting the Project 7 into production. However, it will be driven by Jaguar’s Vehicle Integrity Chief Engineer, Mike Cross at this weekend’s Goodwood Festifcal of Speed.