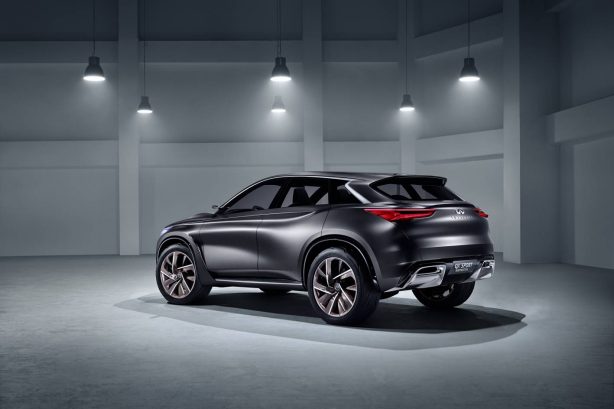 First shown at the Beijing Motor Show, the concept is said to point to the future design language for Infiniti’s QX models and also serve as a preview of the next-generation mid-size FX45. 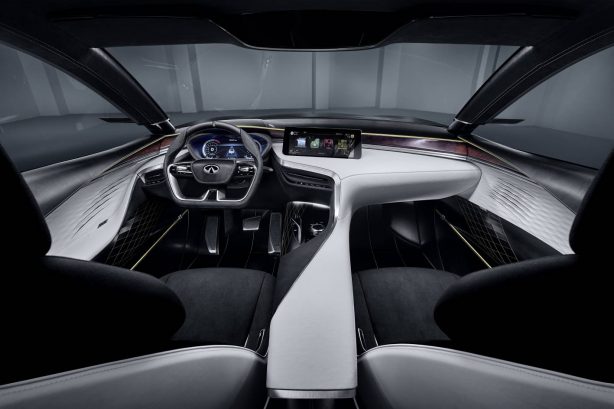 The flowing lines continue inside with a driver-focused cockpit and a predominantly black and white interior scheme giving it a futuristic look. 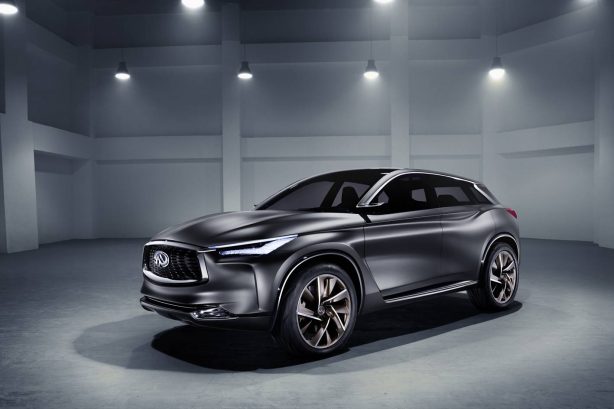 The QX Sport Inspiration show car is finished in a sleek matte grey exterior paint colour and rolls on 22-inch aluminium bronze finished alloy wheels – larger than the 21-inch wheels seen on the concept for its Beijing world premiere.