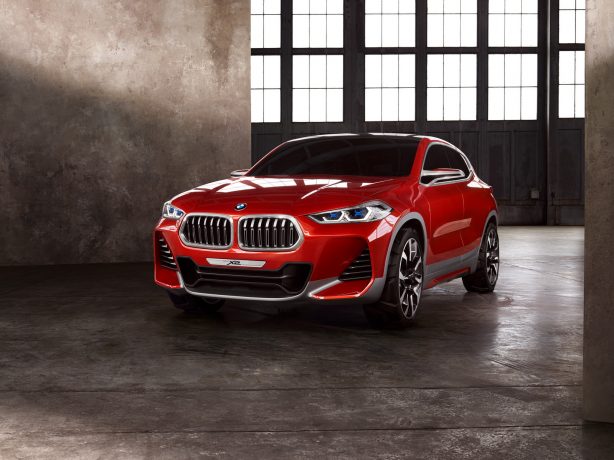 BMW has introduced the Concept X2 at the 2016 Paris Motor Show, which previews its upcoming X2.

Like the X4 is to the X3, the X2 is essentially the X1’s more stylish sibling, sporting a raked roofline and four-doors.

BMW’s head of design, Karim Habib describes the X2 as combining “the fast-moving body language and low-slung proportions of a coupe with the robust construction of an X model”. 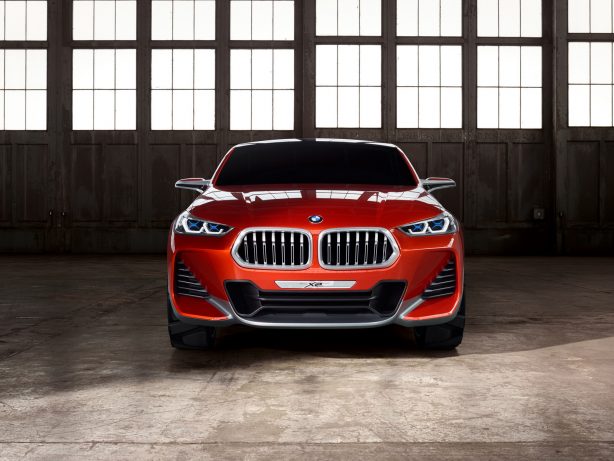 Its front fascia is dominated by the newly interpreted signature ‘kidney grille’ flanked by a pair of slender laser light headlamps with futuristic graphics. Further down, the central air intake is closer to the road than the two outer intakes to make the car appear lower and more dynamic.

Along the sides, the glasshouse tapers towards the rear, forming an athletic shoulder. While the frameless windows no doubt look good, are unlikely to make it onto the production line. 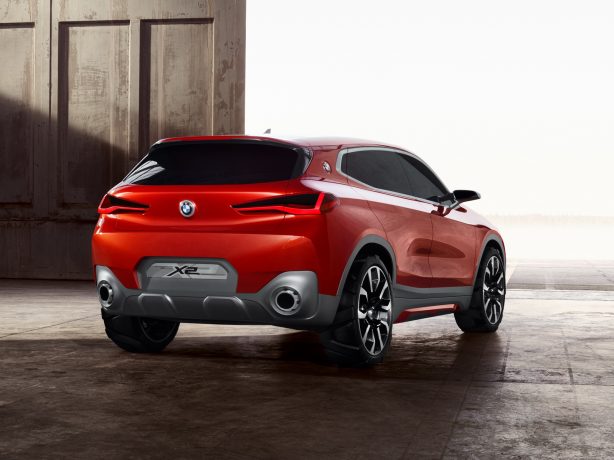 At the back, the LED taillights sports fresh interpretation of the familiar “L” shape for a three-dimensional effect.

The concept rolls on 21-inch wheels wrapped in treaded tyres. 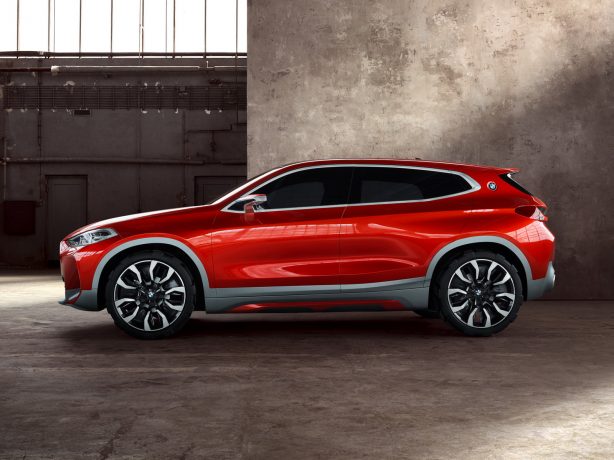 Like the BMW X1, the production X2 is expected to be front and all-wheel drive while power will come from four-cylinder petrol and diesel engines. It is expected to arrive sometime in 2017 or 2018.