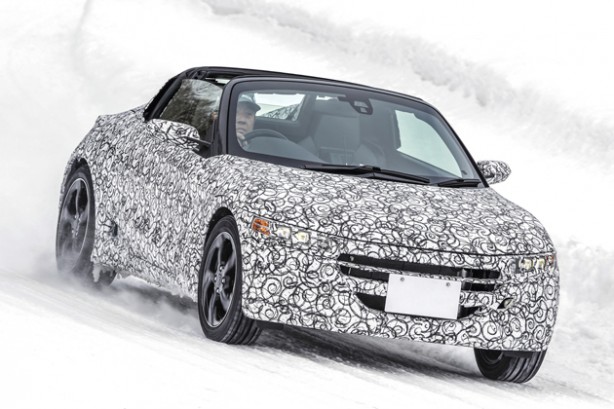 Draped in full camouflaged, the prototype is believed to be the upcoming Honda S660, a proposed two-seat sports car tipping the scale at less than a tonne (960kg to be exact), which will fit in the very small “Kei” car segment in Japan.

Honda first unveiled the S660 Concept at the 2013 Tokyo Motor Show. It featured a removable roof and a centrally-mounted exhaust, with a sporty wedge-shape silhouette inspired by the CR-Z sports coupe. 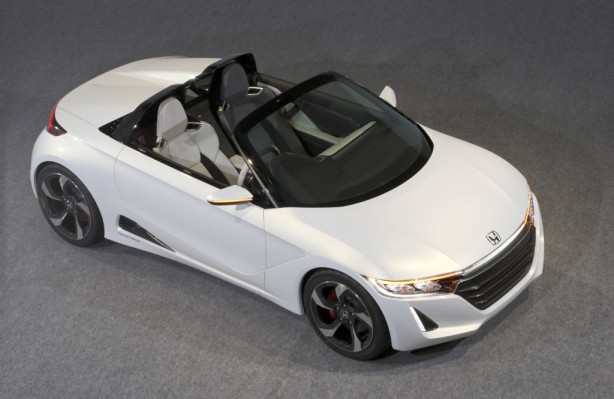 When launched later this year, the S660 will complete Honda’s three-pronged sports car assault, currently led by the striking NSX hybrid supercar and the scotching Civic Type-R hot hatch. There is also speculation about a fourth sports car joining the Honda line up in the form of a compact roadster that would rival the Mazda MX-5.

Drawing on a similar layout as the Honda Beat of the early 90s, the new Honda S660 is expected to be powered by a mid-mounted three cylinder 660cc turbocharged petrol engine, channeling around 47kW and 104Nm to the rear wheels via either a CVT or 6-speed manual gearbox.