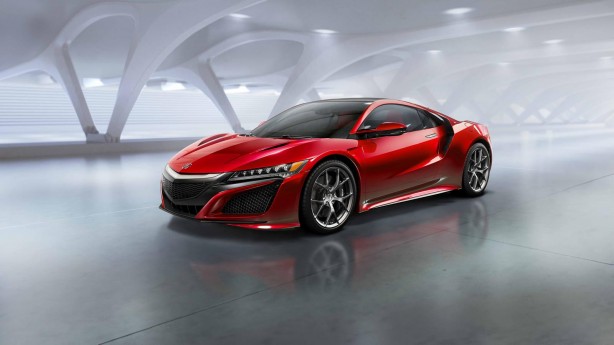 The new Honda NSX (Acura NSX in North America) is designed to deliver a ground-breaking “New Sports eXperience”, the acronym for NSX.

Twenty-five years after the debut of the original, much-lauded NSX supercar, the production version of its successor took centre stage at Acura’s booth at the Detroit show with a growl from its twin-turbocharged hybrid powertrain.

Developed by a global team of engineers and designers, the all-new 2015 Honda NSX (Acura NSX) is produced in the company’s Ohio manufacturing facilities in the US.

Slated to go on sale in North America starting from the second half of this year, the Honda NSX has also been confirmed for Australia, with first deliveries expected in early 2016. 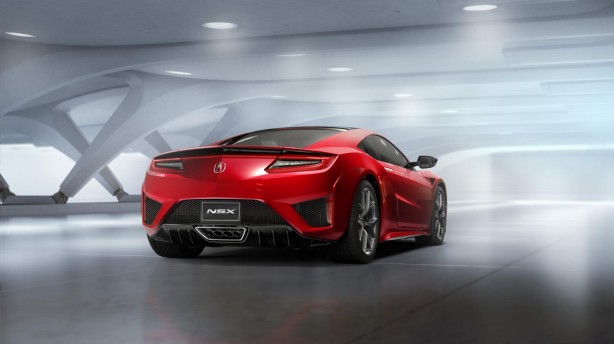 Like the first generation model, which was the world’s first ever production car with an all-aluminium chassis, the new NSX challenges conventional beliefs about supercars, claims Honda. The approach is realised through an all-new power unit—a twin-turbocharged V6 engine with a 9-speed dual clutch transmission (DCT) and three-electric motor Sport Hybrid system—integrated with an ultra-rigid and lightweight multi-material body with world’s-first material applications and manufacturing processes.

Developed under the concept of a “human-centered supercar,” a car that puts the driver first in every aspect of its design, the next-generation NSX aims to leverage its state-of-the-art hybrid supercar power unit, body and chassis to deliver exceptionally intuitive and immediate response to driver inputs.

“Our commitment was to create an all-new NSX that is true to the heritage of the NSX nameplate — a supercar that delivers a new driving experience, one where every part of the vehicle is respectful of the smartest part of the car, the driver,” said Mike Accavitti, senior vice president and general manager of the Acura division. “The soul of a car is the emotional connection it makes with the driver. With the NSX, that connection will be intense and immediate.”

Chief engineer and global development leader of the new NSX, Ted Klaus, echoed Accavitti’s comments by saying “our global team embraced the challenge to create a new sports car experience, leveraging new technology to deliver incredibly vivid performance in a vehicle that responds intuitively and immediately to the will of the driver.” 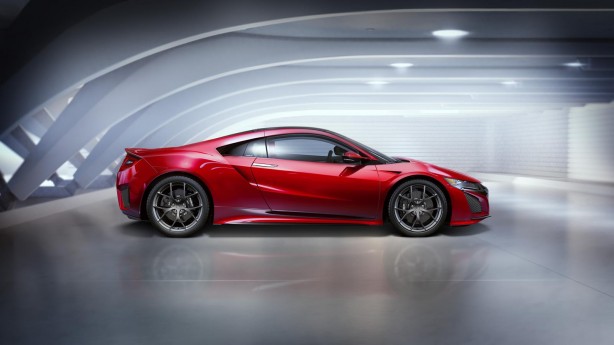 Looking remarkably similar to the concept first shown in 2012, the new NSX body features classic low and wide proportions married to modern and alluring surfacing, an aggressive front design, and tail lights that pays homage to the original NSX. The signature side intake and floating C-pillar collects air to feed the mid-mounted engine and directs airflow over the rear deck to increase downforce.

To accommodate the new longitudinally mounted twin-turbo V6 and 9-speed DCT, the production vehicle was slightly lengthened and widened with a slightly more cab-forward package, compared with the proportions of the NSX Concept.

Honda says every element of the exterior body design has been carefully fashioned for total airflow management for both stability-enhancing downforce and vehicle systems cooling. The NSX has undergone extensive testing at the company’s state-of-the-art wind tunnel in Raymond, Ohio, leading to a number of significant changes from concept to final body design, including modified hood vents, new front fender vents, modified side air intakes, and an optimised deck spoiler.

The NSX interior is designed to offer excellent forward visibility, simple and intuitive controls, and class-leading ergonomics — most notably the seat, which features top-class support with outstanding comfort and easy ingress/egress. 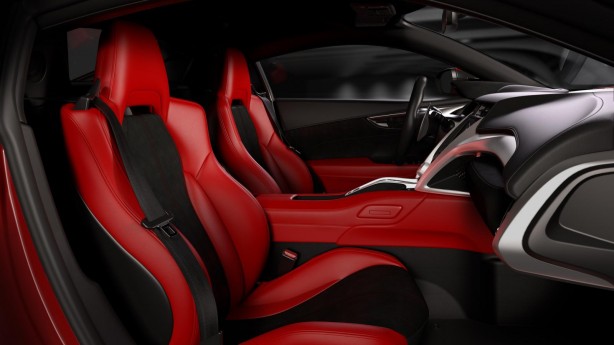 At the centre of the cockpit is the instrument cluster featuring a digital display that responds to changes in the driver-selectable Integrated Dynamics System with pertinent graphics and information. The center console holds the Power button that readies the sport hybrid powertrain, nested in the center of the new Integrated Dynamics System dial control. Interwoven under the handcrafted leather dash panel is the exposed midframe—a functioning chassis structural member that reflects the design aesthetic of a naked sport bike. An ultra-thin, yet super strong A-pillar design and low-mounted instrument panel minimise obstructions to the driver’s view of the road.

The power from the petrol engine is supported at the rear axle by direct-drive electric motor, housed between the engine and transmission, for straight-line acceleration and braking performance. At the front, two independent high-output electric motors drive the front wheels, delivering instantaneous torque response and dynamic left-to-right torque distribution, also known as torque vectoring. All this is managed by the company’s renowned Sport Hybrid Super-Handling All Wheel Drive system (Sport Hybrid SH-AWD).

Honda has not disclosed official power output and performance figures, but claims the new supercar offers an instantaneous “zero delay” launch performance and handling response that seems to anticipate the driver’s desire. The NSX has undergone extensive testing at some of the world’s most challenging race circuits, including the famed Nurburgring.

The NSX features an “Advanced Sports Package” with placement of key powertrain components –the mid-mounted engine, twin front motors and Sport Hybrid battery pack and power control unit – optimised to concentrate vehicle mass low and toward the center of the vehicle, to further enhance dynamic response. Honda says the combination of this packaging concept and the lightweight body give the NSX the lowest center of gravity in its class.

The NSX will be manufactured exclusively at the Performance Manufacturing Center (PMC) in Marysville, Ohio, where approximately 100 highly-skilled associates will conduct full body construction, paint, and final assembly using domestic and globally-sourced parts.