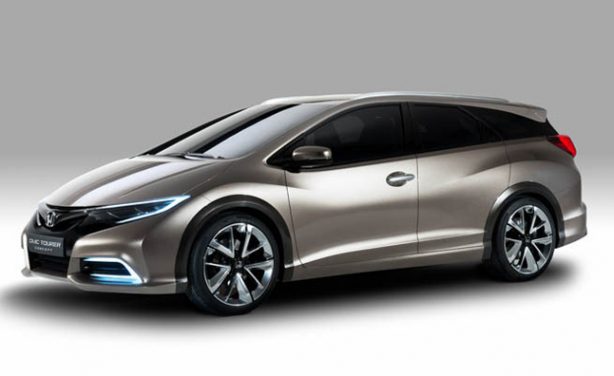 This is a concept we want Honda to build. It’s the new Civic Tourer Concept for the European market expected to be displayed at the 2013 Geneva Motor Show which starts Tuesday, March 5th.

Looking remarkably similar to the design sketches, the futuristic Honda wagon inherits the front-end of the current UK-built Civic in a low and sleek profile that reminds us of the Toyota Caldina sports wagon. 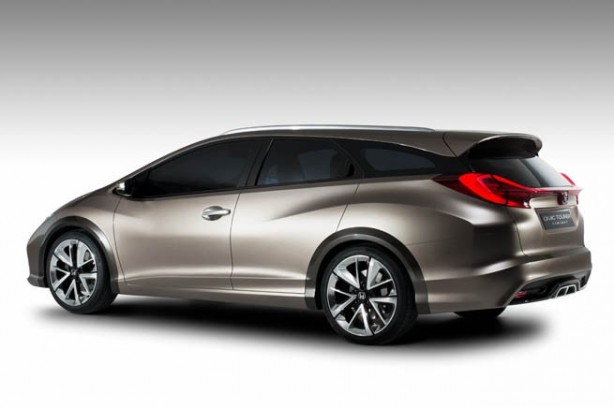 Although still a concept, the Civic Tourer is most likely to be given the go ahead for production. It will be based on a stretched Euro-spec Civic platform and will be powered by a 1.6-litre turbo diesel engine producing 88kW (118 hp) and 300Nm of torque.