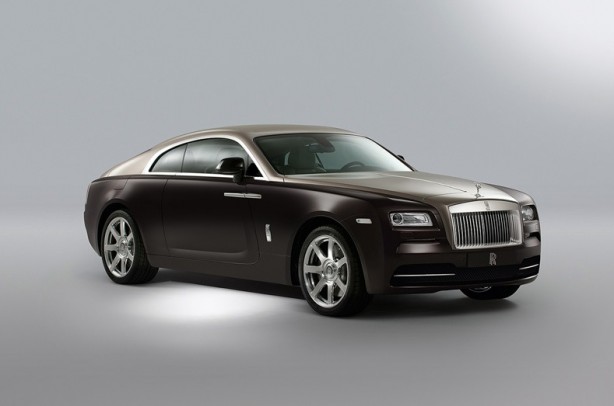 These are the first images of the all-new uncovered Rolls Royce Wraith coupé. The new Wraith is based on a shorter version of the Ghost limo’s platform.

It is powered by the same 6.6-litre twin-turbocharged V12 engine found under the Ghost, but retuned to produce 467kW of power and 800Nm of peak torque. Drive is sent to the rear wheels via an eight-speed ZF automatic transmission. 0-100km/h is done in 4.4 seconds – 0.3 seconds quicker than the Ghost sedan.

The Wraith rides on re-tuned suspension to minimise body roll and discreetly amplify feedback when cornering, while its steering is heavier at high speeds and lighter at low speed for a sportier feel. 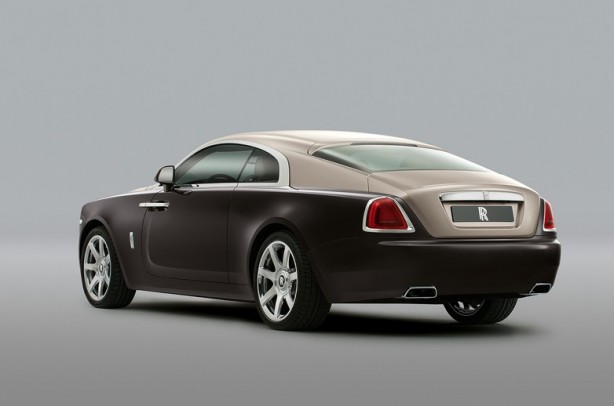 From the photos, the Rolls Royce family styling is apparent at the front, with the retangular headlights and upright Rolls Royce grille. From three quarter view though, the fastback appears to be tagged on. This is not helped by the two tone paint that separates the body from the roof. 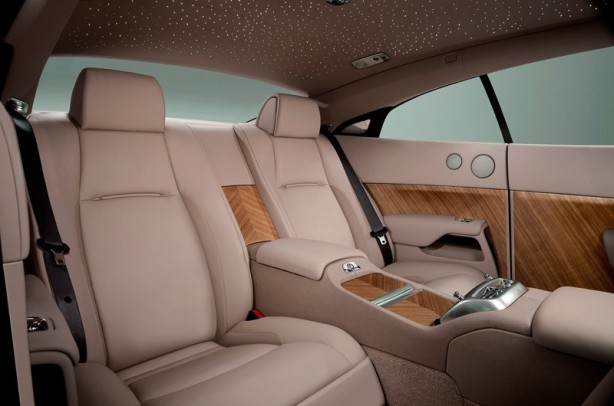 Inside though, the exquisitely crafted interior is opulant and lavish, befitting the Wraith status as one of the world’s most luxurious coupés. Roll Royce even made it a point to highlight during the car’s debut that the Wraith’s Starlight Headliner features 1,340 fibre optic lamps that “give the impression of a glittering, starry night sky”.

A new technology making its debut in the Wraith is the Satellite Aided Transmission (SAT) that relies on GPS data and driving style to select the most suitable gear for the terrain ahead.

The new Roll Royce Wraith will go on sale in Europe in the final quarter of 2013, with prices starting from €245,000.