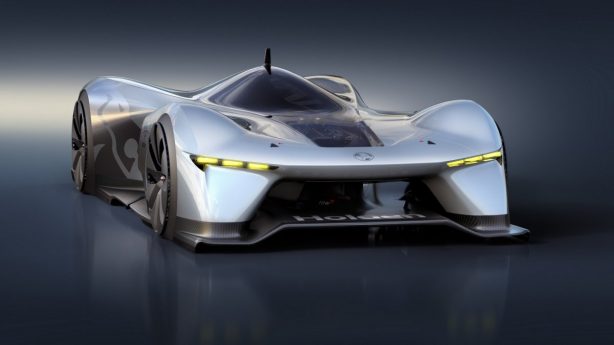 Holden might no longer manufacture its own vehicles but the company’s design team is still busy creating works for others as well as coming up with daring concepts such as the Time Attack concept here.

Conceived and executed entirely in-house by GM Holden Design and Engineering staff, the virtual racer concept is envisioned as a single-lap tearaway, pitted against the clock, or more commonly known as Time Attack in motorsport circles.

While it may seem odd that Holden decided to create a digital concept, GM Holden’s Design Director, Richard Ferlazzo explains: “The cessation of Motor Shows in Australia left a hole in our automotive culture in some ways and we lost a forum to showcase our passion and creativity to the Australian public with physical concept cars. However, with the realism and detail achievable through modern technology, I felt we could still deliver uniquely Holden concepts via virtual technology and digital media”.

While the Time Attack Concept exists only in the digital realm, Holden says the car is designed for maximum performance with technical input from the engineering team. As such, it is envisioned to ride on a carbon composite chassis that uses a cellulose honeycomb structure and features carbon fibre and titanium suspension components.

Clad in a carbon Kevlar composite body, the concept uses four electric motors that produce 250kW each, essentially making it an all-wheel drive racer with a maximum output of 1,000kW and a mighty 3,240Nm of torque.

According to Holden, this enables the car to blitz from 0-100km/h in a mere 1.25 seconds before hitting a top speed of 480km/h. The company also estimates the concept would lap Mount Panorama in approximately 1:29.30 and has created a “stunningly realistic” video which will debut during the telecast of the Great Race on Saturday October 6.