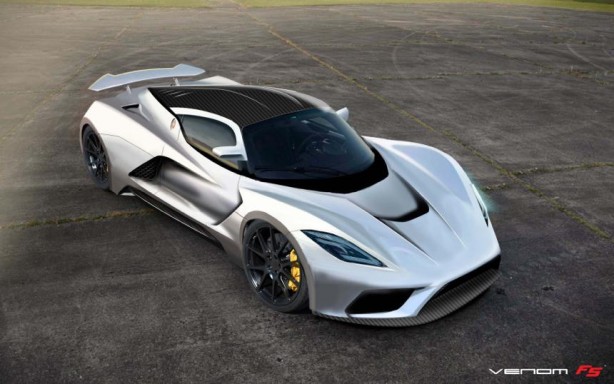 Hennessey has released full details of the successor to the Venom GT – the Venom F5. Named after the most powerful tornado on the Fujita scale, the F5 aims to de-throne its predecessor’s top speed record, with the brand aiming for an estimated 466.71 km/h (290 mph).

“We are very excited about this next chapter of the Venom, which brings forth an all-new design that is not only a powerful and unique statement that our clients are looking for, but a vehicle that will achieve even higher performance through improved aerodynamics,” said company President and founder, John Hennessey.

“We learned a great deal during the development of the Venom GT in breaking the 270 mph barrier, and we bring that experience to this new design as we look toward raising the performance bar even higher.”

The Venom F5 will feature a more aerodynamic body, with its drag coefficient reduced from 0.44 to below 0.40, while at the same time generating substantial downforce courtesy of a rear diffuser, retractable rear wing and underbody venturis. 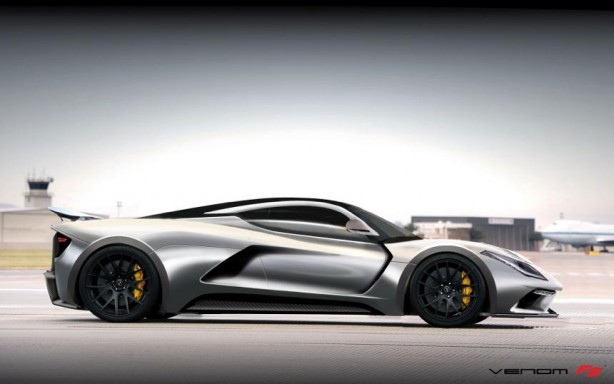 While Hennessey has yet to reveal official figures of the Venom F5’s powertrain, it will feature an uprated, longitudinally mounted 7.0-litre V8 from the Venom GT with a pair of larger turbos and upgraded intercooler and fuel system. According to the company, it’s highly possible that the final output could exceed 1,044kW (1,400 bhp).

With extensive use of carbon fibre and aluminium, the car’s weight will remain under 1,300kg, just slightly more than the Lotus Exige-based Venom GT’s 1,244kg kerb weight. That means it will eclipse its predecessor’s acceleration records of 14.51 seconds to 200 mph (322km/h).

Several new technologies will be introduced, the most transformative being the single clutch paddle-shift transmission (a standard H-pattern manual transmission will still be offered for purists), whose reduction in shift speeds will enable the F5 to accelerate even more quickly. 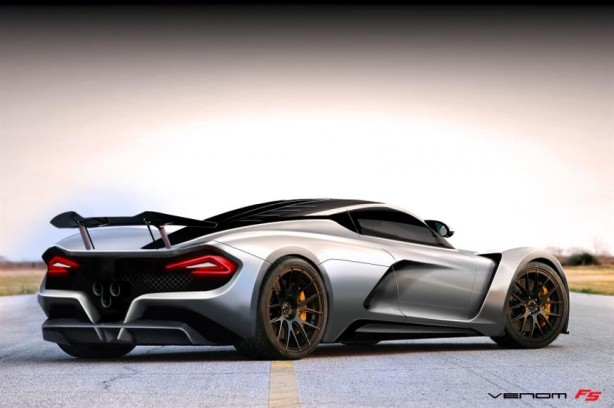 A GPS-based stability/traction control system will help to channel the F5’s immense power and provide an increased margin of safety, whether on a racetrack or back road.

“But these changes will make the F5 easier and more satisfying to drive, day in and day out.”

The Venom F5 will be unveiled in 2015 with deliveries to customers in late 2016. At least 30 Venom F5s will be produced for sale worldwide, at a price higher than that of the Venom GT, which currently sells for US$1.2 million. The Venom GT will continue to be offered; at present, 16 cars of the 29-car total production run have been sold. 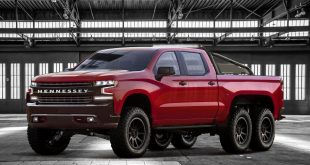 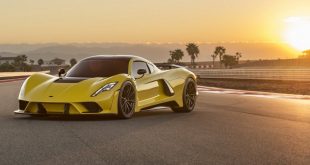 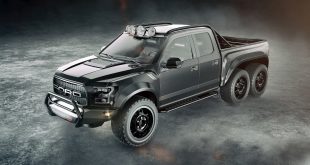 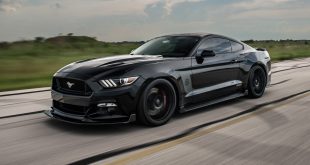 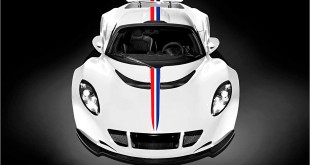 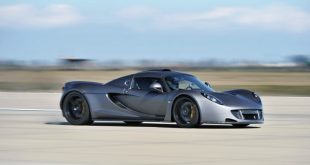