The stunning Buick Avista concept, which made its debut at the recent North American Motor Show, will reportedly spawn a four-door coupe variant after receiving rousing reception. And the good news is, it could be given a Holden badge!

According to American media, GM designers have already created the variant, which has a longer wheelbase and two extra doors at the rear. The production model is likely to be based on a stretched version of the rear-drive Alpha platform that underpins the latest Chevrolet Camaro and Cadillac ATS/CTS.

Power for the four-door Avista will reportedly include a turbocharged 2.0-litre with 202kW and a twin-turbo 3.0-litre V6 punching out 294kW. A high-performance flagship with a twin-turbo 3.6-litre V6 developing 341kW is also said to be on the cards.

Crucially, the model is said to have the support of GM CEO, Mary Barra. 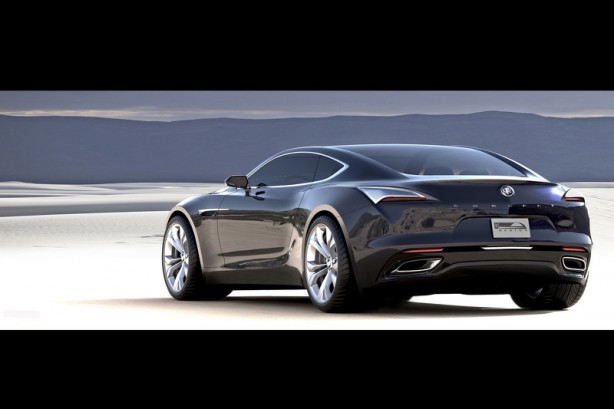 It is also understood that Holden – along with Opel and Vauxhall – are interested in the model if it reaches production.

For Holden, a four-door coupe would give the brand a much needed image boost, as well as a cut-price alternative to the Mercedes-Benz CLS or even the Porsche Panamera.